Showcase: This King George V student is on a mission to empower women and break the poverty cycle in Nepal

The seventeen-year-old believes the key to ending poverty is to give women the tools to empower themselves. And that’s exactly what she has been striving to do 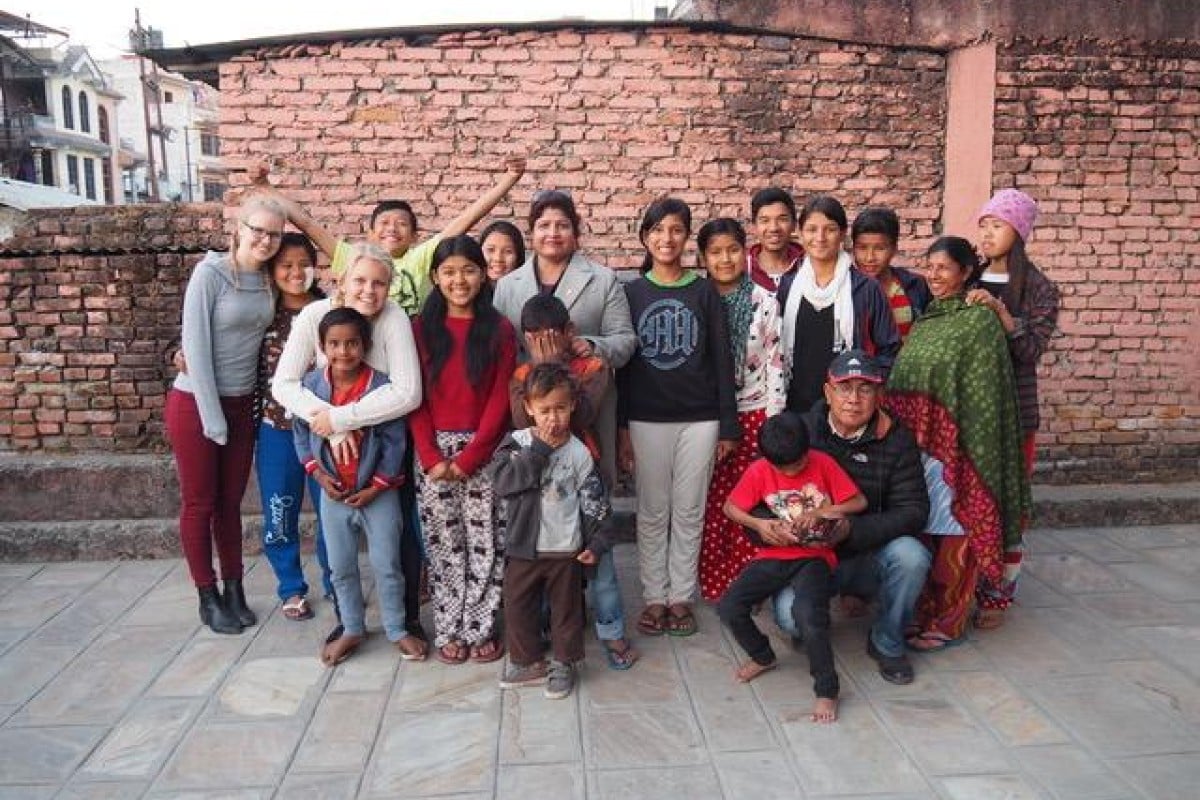 Inka has been visiting the Buddhist Child Home every year since she was a child.

Inka Hyttinen, 17, from King George V School (KGV) has embarked on a journey to empower impoverished women in Nepal. Having worked closely with an orphanage in the country’s capital, Kathmandu, and with the Nepalese NGO Women’s Organisation – a group that helps to fund business opportunities for women – Inka wanted to launch a project that would help change the lives of women and children in the region. She then pitched her idea at KGV Alliance, a new school initiative set up to connect students with alumni and well-known organisations such as global conservation body WWF.

Where did the inspiration for your project come from?

“I first visited the Buddhist Child Home in Kathmandu almost 10 years ago,” said  Inka, as she recalled how she felt a strong  connection with the children and the “mother” of the orphanage, Durga Manali. Manali is also the driving force behind the NGO Women’s Organisation.

“After Durga established the Women’s Organisation, I knew  I wanted to contribute and  expand its presence. Helping women is key to tackling poverty, and breaking  the cycle of orphaned children.”

Inka is working towards raising funds to build a women’s learning facility, which would provide a safe space for women to receive an education. She also plans to start a foster care system to allow orphans the chance to experience life in a family. This will also free up space for more orphans to come off of the streets and receive the care  that every child deserves.

Below the Hong Kong poverty line: here’s what I learned from spending HK$315 on food for a week

What have you learned along the way?

“I have learned to be more open to advice as well as to criticism,” said Inka.

Many people have offered Inka business advice, but it took some time to realise that her vision will not necessarily be the same as that of others.

“Compromising with others is what will turn this project into something that has the potential to change many people’s lives in Nepal.”

What are the main setbacks that you have experienced?

Inka learned the hard way that receiving funding for a such a huge project isn’t easy.

“There are people who want to shape this into something that only benefits themselves,” she said. “But this project must rely on communal support.”

However, this hasn’t discouraged her, and she has managed to garner support from organisations like WWF, which wants to work with her on her project.

We tried surviving on HK$15 per meal for a week: here's what happened

What was it like pitching the project idea in front of a large audience at KGV Alliance?

“I’ve always been a confident speaker so getting up on stage and speaking wasn’t nerve-wracking as such,” said Inka. However, she said she was unsure how to appeal to a group of business people who may not necessarily care that much about orphans or education.

Luckily, the project idea was well-received. “This was a massive relief, and I was able to make important connections with possible funders and mentors,” she said. “An important connection I made was being offered a place in Youth Founders School’s boot camp for young entrepreneurs.”

On managing school work and her project:

“When you’re passionate about something, you’ll do what it takes to make it work,” she said.

With this project, Inka has been fortunate enough to have received guidance and mentorship from her school.

“My family are also as equally as involved as I am – helping me with ideas and contributing to the efforts of making this project successful.”

On life after school:

“I have always had a fascination with people and am looking forward to studying sociology at university,” said Inka.

Interested in learning about how people interact with one another, Inka hopes her next project will tie both her academic and non-academic passions together.

“Although,” she added. “I would love to pursue this project for as long as possible of course!”

Rhea Mogul
Rhea is a Hong Kong-based journalist interested in gender issues and minority rights, whose work has appeared in a number of publications across Asia. She is also on the 2019 Diversity List: a list of ethnic minorities that are qualified to serve on Hong Kong government committees.
expand