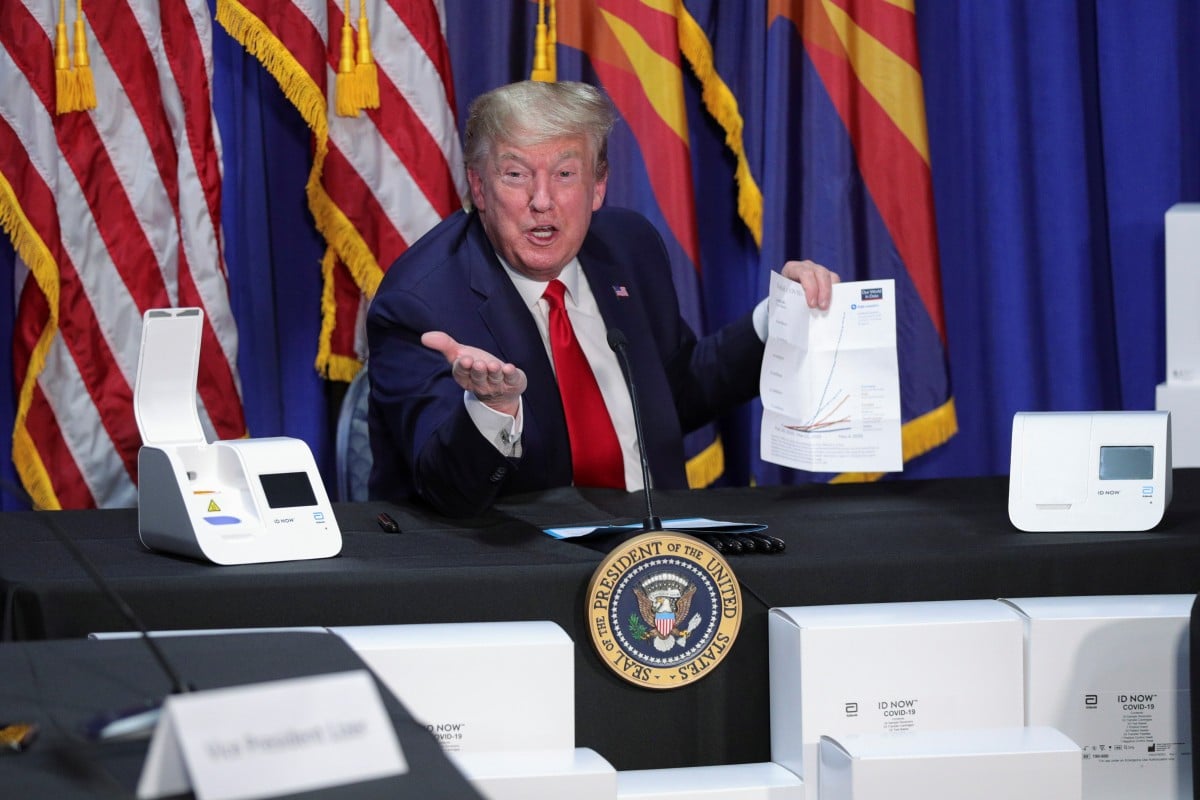 President Donald Trump is not helping his country by making wild accusations.

It would be tedious, and in many instances, redundant, to study America’s accusations against China over the coronavirus pandemic. The constant redirection of responsibility has helped nobody, not even Americans who still believe “China is bad”.

False narratives are recycled to a point of uselessness, like a plastic bag that is reused so many times that it rips.

Most countries received information about the coronavirus last December. While some of them are recovering well from the pandemic, cases in the United States continue to rise. It would require something more than the wild premise “China is bad” to explain America's incompetence. Perhaps this year’s US$738 billion military budget should have been spent on health care and infrastructure instead.

Republicans and Democrats are divided on issues such as gun control, abortion rights and marriage equality. However, one thing they share is the “Yellow Peril” – the West’s historical resentment of East Asians, especially the Chinese.

US President Donald Trump and his Democratic rival Joe Biden are both fierce competitors in the Anti-China Olympics. Through their campaign adverts and almost daily tweets, they both brutally criticise the other for being “too soft” on China. Similarly resentful sentiments are evident in US Vice-President Mike Pence and Secretary of State Mike Pompeo’s reckless implications that the Chinese are on a mission to destroy the West.

Such debate between political opponents would normally be appreciated, but America’s fears seem unnatural, given the thousands of deaths they continue to cause in the Middle East, even during this deadly, uncertain time.

Will China hide from criticism like America did when they withdrew from the United Nations’ Human Rights Council in 2018? It doesn’t seem so, as Foreign Ministry spokesperson Hua Chunying tirelessly attempts to debunk every accusation the US is making against them.

Opinion: The WHO's handling of the Covid-19 pandemic begs the question, should we fund them?

She even set up a Twitter account, knowing that many in the West view the social media network as a pillar of free speech. America should match China’s impressive efforts in this debate; it requires more talent and creativity if it intends to continue to paint China as the biggest threat to the world.

It seems that even America’s closest allies, including Britain, are bored of this script. It doesn’t matter who is reading it – Biden or Trump or other US government officials – it’s becoming repetitive.

Richard Horton, editor-in-chief of the scientific journal The Lancet, said: “What is very disappointing is seeing politicians giving credibility to conspiracy theories.”

Western narratives are fuelling a surge in racism and polarisation. But as critical thinkers, we must realise the profound wickedness behind these political games and see humanity for what it is.

Cyril Ip
Cyril Ip joined the Post as a Graduate Trainee Reporter in 2021 after earning a bachelor's degree in Sociology from the University of Bristol. Prior to joining the newspaper, he wrote for Young Post and interned at the Trade Development Council and the New People’s Party.
expand