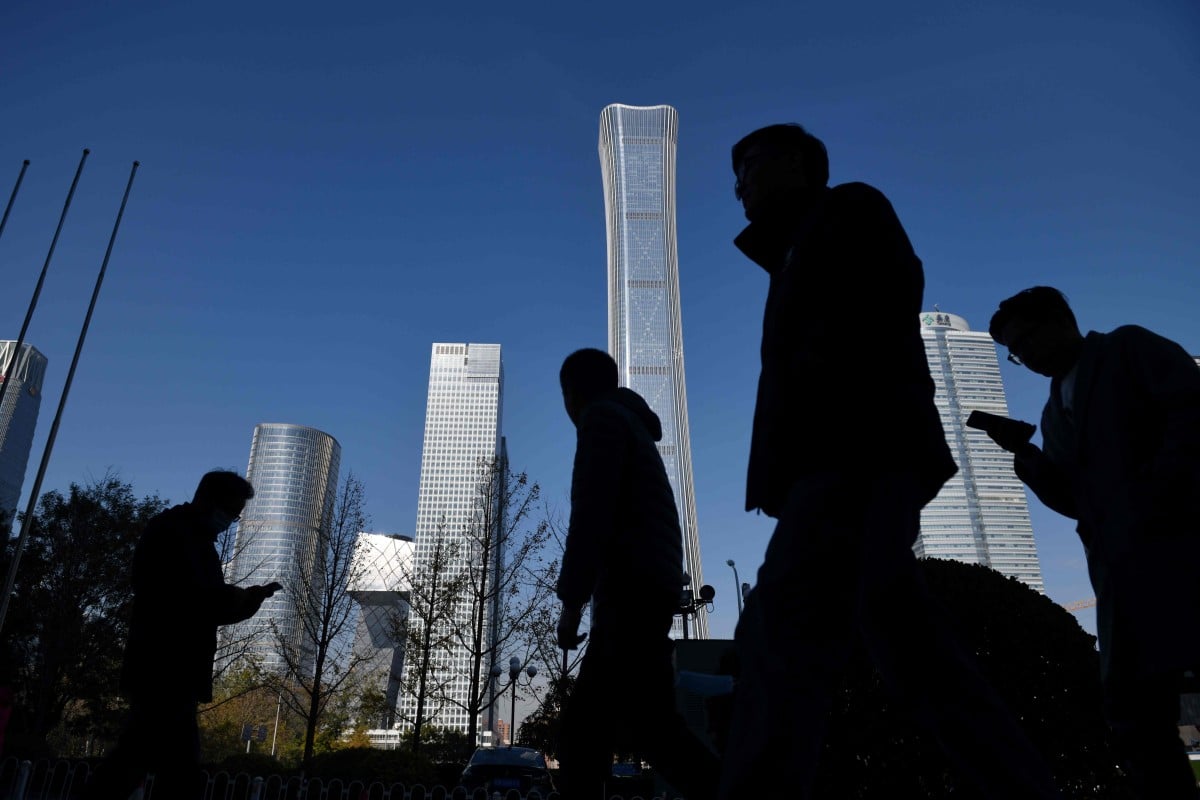 People walk past skyscrapers in the central business district in Beijing on November 24, 2020. (Photo by GREG BAKER / AFP)

Let’s talk about planned economies and China’s five-year plan. Under a planned economy, investment, production and the allocation of resources all happen with government supervision. Basically, this kind of system is like a PG-rated movie. It needs parental guidance.

China recently announced its 14th five-year plan. The 13th five-year plan, issued by Premier Li Keqiang in May 2015, aimed to develop the country’s manufacturing sector and move China away from being the global factory of cheap, low-tech goods.

This is a shame because I have some fond memories of fake Supreme bags and techy trinkets in counterfeit markets in Shanghai, er, long ago.

The 13th five-year plan was heavily criticised, mainly by leading world powers such as the US and Britain, for being overtly ambitious. Beijing was targeting key technology sectors in other countries, which fuelled anti-China sentiment in the US and other parts of the world. They feared that China’s economy was going to become a lean, mean, money machine.

Beijing wanted to avoid making the same mistake, so its latest five-year plan can be summed up in three phrases – self-reliance, technology, and quality of life. In terms of self-reliance, China said it would speed up the promotion of a new product development pattern. Under this scenario, domestic and foreign markets will work together in an almost symbiotic relationship, gaining a boost through China’s innovation and development.

In terms of technology, according to the SCMP, Chinese policymakers have made it “clear that their top priority is upholding the central role of innovation in the country’s modernisation drive and implementing an innovation-driven development strategy”.

Many suspect the US-China conflict is behind this priority to focus on technological innovation. China has realised that technological dominance is key to gaining the upper hand in its geopolitical rivalry with the Americans

In terms of quality of life, China has forecast that with the help of its five-year plan, the country’s per capita gross domestic product (GDP) will reach the level of developed countries by 2035. Essentially, the country wants to bring its per capita GDP closer to countries such as Poland, Hungary or the Czech Republic to avoid what is known as the “middle-income trap”.

Op-ed: Abolishing the police in the US isn’t the way to go

The middle-income trap is a situation in which a country that attains a certain income gets stuck at that level. The World Bank defines the “middle-income-range” countries as those with per capita GDP that has remained between US$1,000 (HK$7,750) and US$12,000 (HK$93,000).

China wants to dodge this with its five-year plan, because a middle-income trap isn’t fun. When this happens, a country’s education and skill levels often drop, badly affecting its development.