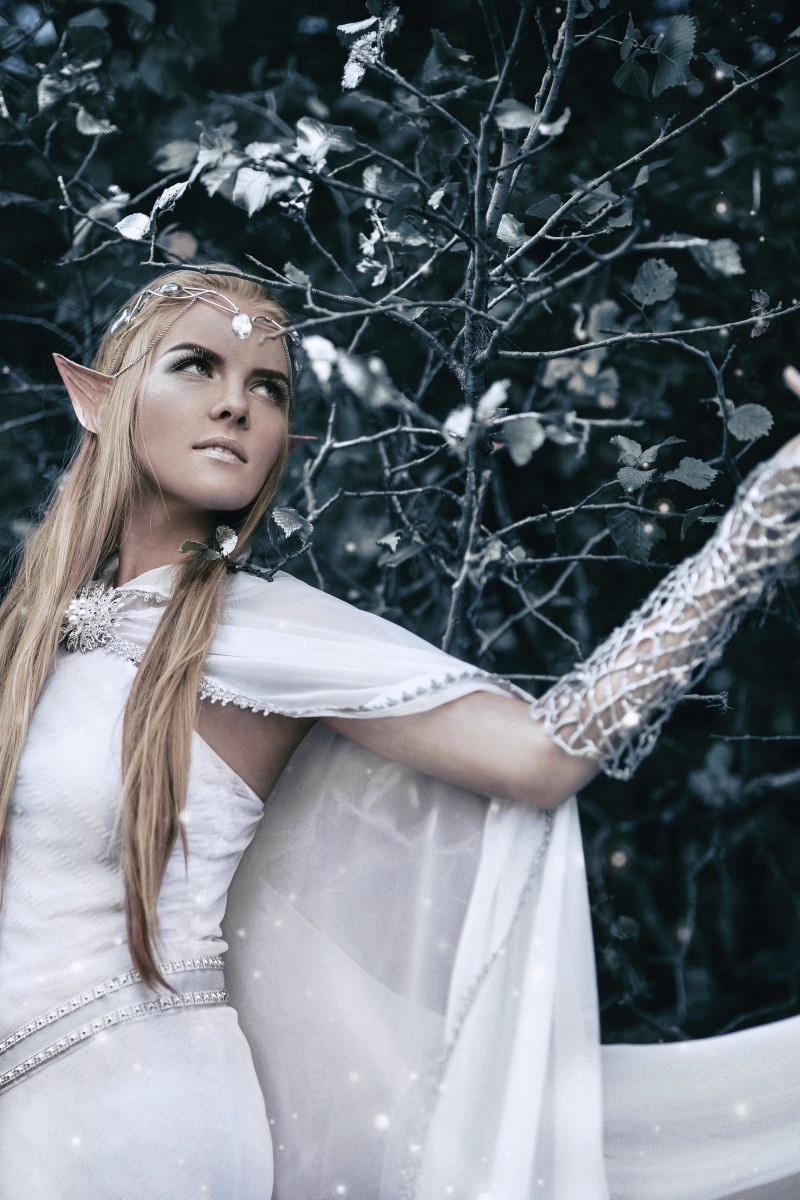 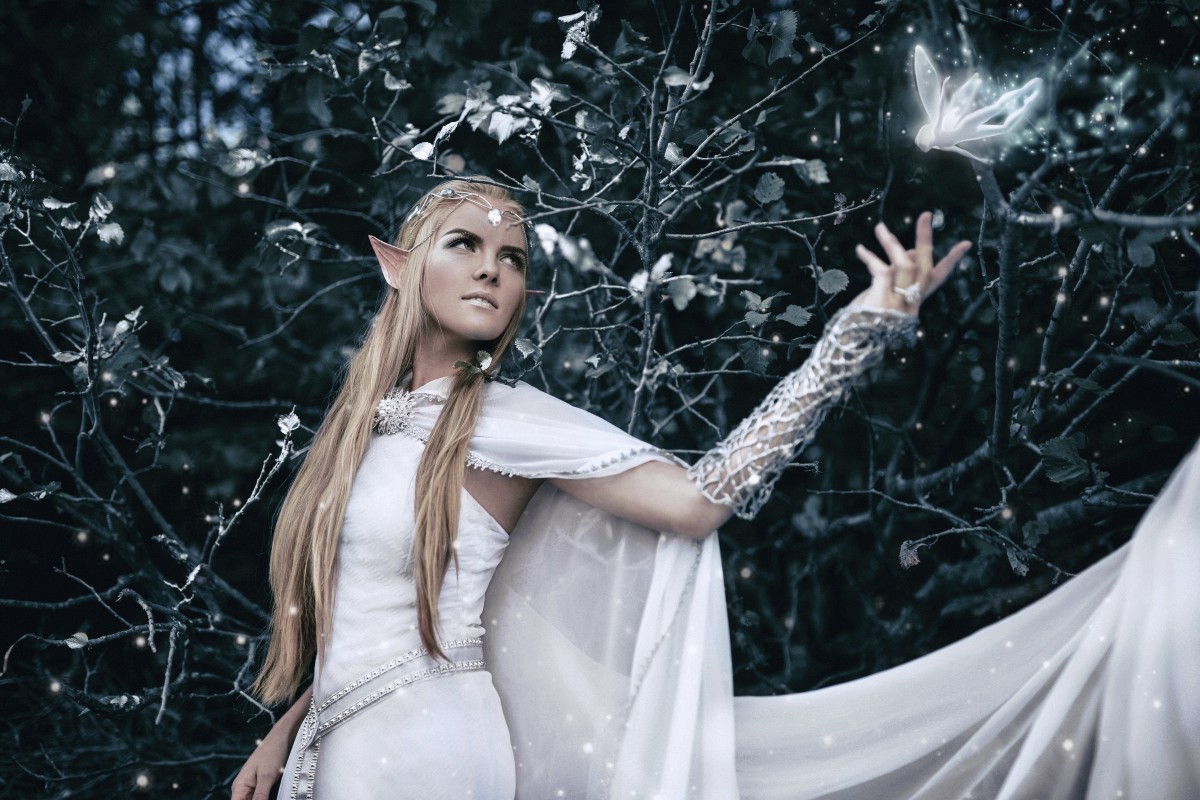 Make sure not to mess with elves!

Young Post’s Summer Short Story competition 2020 gathers aspiring writers from all over Hong Kong. This year’s theme was to write a creative story inspired by the word “Elf”.

The top entries will form an anthology with the Winter Short Story competition finalists.

“Bea! Are you done yet?” David’s chirpy voice interrupted her concentration. “I’m getting bored.” David was the exchange student, but better known to Phoebe as “The Distraction”.

As the chairperson of 3A’s class association, it was her duty to show him around the school during his first week.

Unfortunately, he had picked the empty seat next to hers and hadn’t stopped nagging her all day.

“No, not yet. No thanks to you.” Phoebe shook her head as she hastily jotted down everything written on the blackboard.

“Just take a pic on your phone,” he groaned.

“Almost done. Anyway, you should go home without me. I’ve got a debate club meeting that ends at five,” Phoebe said when she finished.

“I know. I peeked at your notes earlier,” David confessed. Phoebe looked up, irritated, to see a smirk on his face.

He had messy dark curls that contrasted against his bright eyes, giving him a sort of mischievous look.

Phoebe could have sworn she saw one of the younger students swoon at him earlier when they walked by.

“Fine. It’s going to be about an hour,” Phoebe warned, briskly shoving textbooks into her backpack. As she walked to the door, she looked over her shoulder. There was no one in the classroom. David was gone.

“Sweet, I can wait,” his cheeky voice came from behind her. Phoebe whipped around to see David already leaning against the wall outside. She could have sworn … He laughed at her. Phoebe punched his shoulder lightly, but that didn’t stop the smile growing on her face.

“We’re the only people left here. Looks like you’re stuck with me, Bea,” David grinned. Phoebe wanted to tell him off, but was forced to hold back a laugh as he sashayed his way down the hall like a 10-year-old pretending to be a supermodel.

“Never call me that again, David,” Phoebe snarled as they descended the staircase. But even she had a hard time staying mad at him. One smile and she found herself smiling back. It was infuriating.

“I do hope you plan to take a stand against compulsory reading, though,” he said, and then paused, forcing her to stop awfully close to him. “Or building a sports centre in the park,” David said, “because that’s a really bad idea.”

“Really? Both of those sound like wonderful programmes to me. Besides, it’s my turn to play offence.” But his expression had changed. Suddenly he wasn’t messing around any more; his grey eyes were cold as steel. “I’m serious, though,” David said softly. It was as if he had pinned her in place with a sword.

And then he was back to his charming, fun self. “Like c’mon, who actually reads?” he joked, but it didn’t quite feel the same as before. Not when he had looked so ... threatening. They remained silent the rest of the way downstairs.

“I can’t believe you, David! Baby Shark? You couldn’t stop your phone from playing Baby Shark?”

The debate had descended into chaos while he grappled with his phone, pretending it had a life of its own. Finally he handed the phone to Phoebe who switched it off in an instant.

“Sports is just what this part of the city needs, ” Phoebe sniffed. She was quite sure she would have won the debate.

“Yes of course, it’s a great way to make money off the land until it can be used for housing or offices or something,” she said.

“What difference does it make?” David asked sullenly. “No one will listen to what teens think.”

“Oh yes they will,” said Phoebe. “We are going to give a presentation to the district council in a week’s time. They have said they will take our opinion into account.”

“Yes, really, it’s all part of this youth in government initiative.”

Phoebe nodded and decided to take a detour through the school’s garden to let go of the frustration that had gripped her.

She looked at him suspiciously. “There was an eco survey done, there’s nothing special there.” “But there is!” he blurted out.

“Elves!” and then there was silence. She was sure she hadn’t heard him correctly. Finally she said, “Elves are not real”, and walked on.

She half laughed. Maybe he was trying to cheer her up.

He grabbed her bag, jerking her to a halt. “I can prove it!”

“Come with me on Saturday, I can prove it!”

She hesitated. As it happened, she was free on Saturday. The tutor was on holiday and she had been looking forward to sleeping in. “And where is that, exactly?”

“Where you want to put the sports ground,” he said.

She opened her mouth to brush him off, but found herself agreeing instead. And that’s how she ended up going for an early morning hike with a semi-stranger up a steep hill.

She was embarrassingly out of shape, and in no time, she was panting, while David seemed to have to hold himself back.

She was heartily glad when they reached the site.

“See,” she gasped, “no elves!” She leaned on her hiking stick, her head down trying to get her breath back.

"Are you sure?” she heard, just before she fainted.

When she opened her eyes, David was nowhere to be found, and she was still slightly woozy. She looked for her phone but couldn’t find it. It must have slipped out of her pocket on the way up.

“Surrender or die!” someone poked her in the back. She turned to find a very angry young man poking her with some sort of metal pole, and his friends were joining him.

“I surrender,” she said, putting her hands up. “Whatever you want, just take it, take my whole bag.”

When she looked back at her attacker, she was terrified to see there were hundreds more behind him. In fact she was surrounded by ...

“We’re elves,” the young man said. “Not the nice kind. And you’re trespassing.”

“Ha ha ha ...?” Phoebe tried laughing and got another poke for her trouble. “Ow, stop that!”

“This is OUR land!” the armed one said and the others agreed.

“No it’s not,” said a woman who stepped between the boys. She was extraordinarily beautiful if a little weirdly dressed. “You crossed into our land, and now you must pay the price.”

Phoebe, for the first time in her life, was speechless.

“Um,” Phoebe decided she must have hit her head on something when she fainted.

Phoebe shook her head. “I’m not.” Suddenly she became aware of how tall the trees and grass had become. “I think I’ll leave now,” she said. She got another poke for her trouble.

“You came on to OUR land,” said the woman.

“I didn’t know that! I don’t even know what you guys are,” Phoebe yelled.

“We’re elves! Obviously!” another woman jeered. Phoebe heard grumbling from the masses around her, including a very smug “Duh!” She hated it.

“You have to prove that you are an elf,” said the woman. “You have to show you have courage, imagination and wisdom.”

The woman made a small gesture with her hands and pieces of wood seemed to appear out of a tornado and formed themselves into an obstacle course. “Go,” said the woman, “quickly now, before Flora wakes up.” She nodded to an infant that was held by her father. Phoebe pushed herself up and staggered to the start. It was not at all sturdy and she trembled as it creaked under her weight.

Inch by inch she moved along the course, her legs shaking with fear that she would fall or that they really would kill her. The baby remained peacefully asleep but stirred as she got a grasp on the final platform. Phoebe heaved herself over but fell and hit the ground hard, to the “oohs” of the watching crowd.

To Phoebe’s relief, she earned a nod from the leader. She almost wept with gratitude. Just then Flora awoke with such a scream that the trees shivered.

The leader’s expression did not change. She handed Phoebe a book. “For imagination, go and read Flora a story so that she stops crying.”

Phoebe grabbed the book and raced over to the baby. But when she opened the book there was no text.

“IMAGINE!” the crowd bellowed back.

And so Phoebe began to create her first story, weaving a tale of elves and magic until Flora stopped bawling. A few seconds of silence followed.

Phoebe thought long and hard about her answer. She didn’t want to blow it. She took so long that many of the elves lost interest and wandered away to find their shelter for the night.

“If I were you,” Phoebe said, “I would let me go, so that I can help to stop the sports park!”

“Done!” the leader waved her hand. There was a blinding flash of light and then the world seemed normal.

David was fanning her face, “Are you okay?” She had never seen him look so serious.

“Um, yeah,” she said, struggling to her feet. She looked around, but there was no trace of the elves.

“Oh good, I thought you had fainted or something. We better get going or we’ll miss the bus.”

He led the way down the hill. Phoebe felt as if she was floating at first, but slowly she returned to reality.

“There’s the bus!” David grabbed her hand and they ran the last few hundred metres to the bus-stop, arriving just as the doors snapped open.

Phoebe suddenly stopped. “Oh no! my phone!” No sooner had she said it than she felt the weight of it in her pocket. She whipped it out and fumbled for her Octopus card.

But David stepped back. The doors closed. “What ...,” she gasped.

As the bus pulled away, he waved. “We live here!” he shouted, as he grew smaller and smaller in the distance.