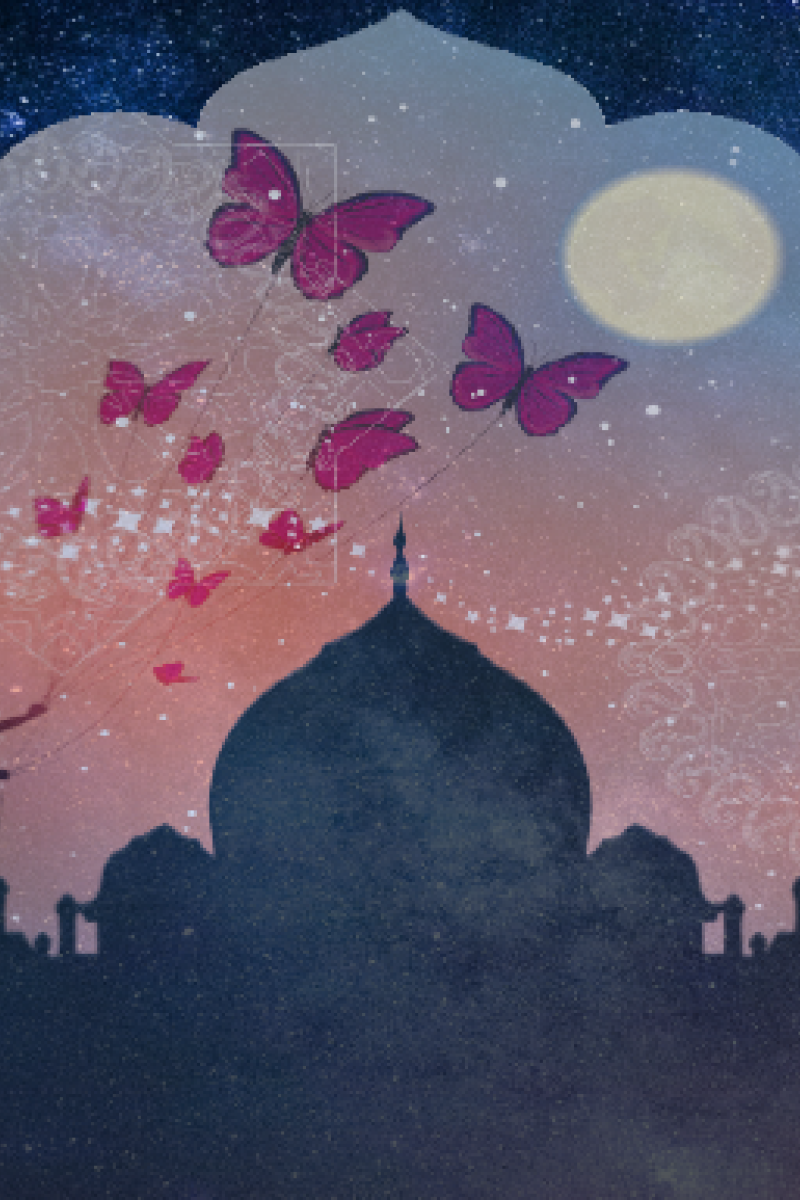 Summer Short Story competition: The elf who wanted to be human 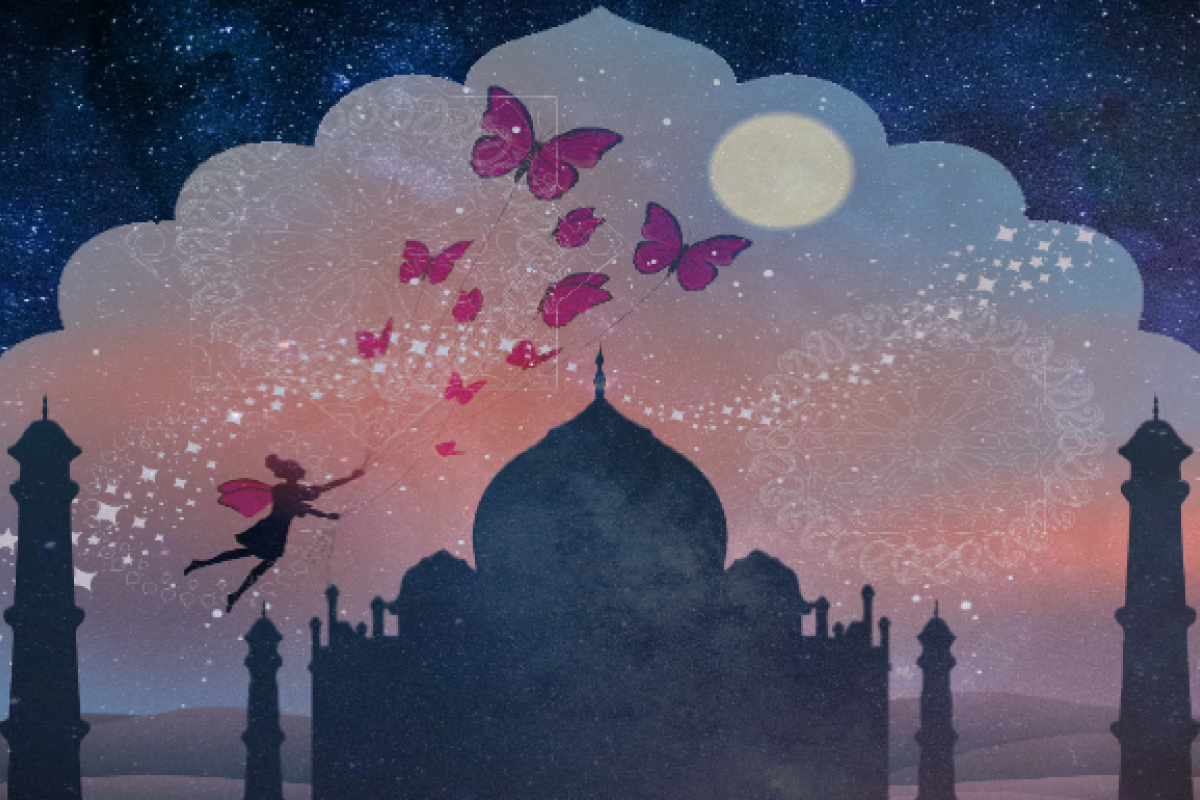 Crooky wants to be human and the King finally grants her wish.

This story was written by Anu Subramanian Senthilkannan, 12, of Island School as an entry in the Young Post Summer Short Story competition 2020. This annual contest gathers aspiring writers from all over Hong Kong.

This year’s theme was to write a creative story inspired by the world “Elf”.

The top entries will be gathered in an anthology with the Winter Short Story competition finalists.

In Elfland, children are home-schooled until they are 11, then are allowed to go out and work. During home-schooling, they learn all the basic and complicated rules of Elfland so that they are prepared for life there. Sounds like fun, right? Actually no, it’s not fun at all. Learning rules is kind of like memorising the laws of Hong Kong, and that’s not fun at all.

Crooky was home-schooled and she despised it. She was a bubbly, energetic ball of fire. So, being trapped at home always annoyed her. She tried so many different ways to escape.

She pretended to be out picking her mother’s favourite flower, elflilies, and slowly wandered further and further away, hoping that she would be far enough away so she could just start running. But her mother always stayed close.

She would offer to find the herbs her mother needed to prepare dinner, and then quietly use her magic to make a rocket ship. But then she got so excited she crashed it as soon as it took off, and her mother had to carry her home.

Once she said she needed to look at the sunset to paint it better, but that didn’t fool her mother for a second. No matter what she tried, she was always brought back to her studies.When they have completed their studies, elves are sent to Earth to clean it. They pick up the garbage and mop the streets. It sounds boring, but it isn’t so bad, because they can use their magic to help them. They usually go after midnight, when everyone is sleeping, but sometimes clocks change, and this confused Crooky.

One rule every elf knows is that they should never, ever, let humans see them. For if they did, Elfland would start crumbling until it disappeared forever. Crooky tried to stick to the rules, but it was so difficult. She had been sent to Hong Kong where she saw big, moving pictures of humans on the sides of buildings.

There was one that really caught her attention, of a young girl twisting her body and posing so beautifully it almost made her weep. Once she saw a gymnastics competition. She stared in amazement at the girls prancing and tumbling.

Every night, while she was cleaning, Crooky would practise some of those steps, quietly, of course. But really all she wanted to do was leap and dance and tumble with joy. It was inevitable that one day she made some noise – and that day, a human girl heard something, and looked out of her window onto the street below.

Crooky teleported herself back to Elfland in a flash, with beads of sweat all over her forehead. She had almost been seen! She had almost made Elfland crumble and disappear! She had almost destroyed all their lives! She walked back home shakily and slept, with nightmares haunting her.

The next day, Crooky didn’t look too good, and her mother asked her what had happened. Elves never lie, says rule 6,358.210 A.

So Crooky told her what had happened. Her mother was very disappointed, but she told Crooky all would be okay, but she should never do it again.

Crooky was angry and disappointed with herself, too, when suddenly a question popped into her mind: Why can’t we elves be like humans, who are free to do anything they wish?

She thought this was a wonderful question and she definitely had to ask King Bobby about it. Quickly she wrote a letter to the palace and asked for an appointment. To her surprise, it was granted.

Crooky woke up early in the morning to get ready. She put some elfpowder on her face, put on a formal dress, and got her hair done into a nice bun. She checked herself in the mirror and left before she was late. She teleported because the King’s palace was too far away to walk. She arrived just on time.

“Good morning, Your Majesty! How are you doing?” Crooky asked.

“I am not very good because there is this one question that keeps haunting me and I wanted to ask you that question,” Crooky replied.

“Why can’t we elves be like humans who are free to do anything they wish?” she asked.

This question definitely shocked King Bobby and he was too stunned to speak but then he answered: “My dear Crooky, we elves are magical creatures and we must stay hidden and we must follow rules so that we can help humans. We were made to help humans be free, but we should not be free or not follow rules because that is not what we were created for.”

“I know, King, but can’t we for once be like humans? Can’t I at least give it a try and see how it works?”

“Oh Crooky, I understand, but these are not things an elf should do. If you insist, I will permit you to be free. You can show yourself to humans – but before that, I will have to remove the ancient magic from you, so that Elfland doesn’t disappear.”

And so Crooky spent her last few months in Elfland with her family and her friends. She picked elflilies for her mother, she played games with her sister – and purposely lost to make her happy. She made delicious dinners for her whole family every night, and basically she made sure everyone was content before she disappeared.

She requested the King also keep their arrangement top secret because she did not want her family and friends freaking out.

On the big day, January 6, 2008, Crooky teleported herself out of Elfland and found herself ... in India. She was so excited she hardly knew what was going on. She was just waiting for someone, anyone to notice her, when she caught a glimpse of a small boy, who held up his hand and beckoned to her. She followed him into a forest and when she got closer, she realised that this was one of the Indian gods, Krishna.

She had learned of Krishna in her home-schooling. He was a kind and handsome god.

“Crooky,” he said, “I know about the impossible dream you had and how you want humans to be able to see you, but you are an elf. You cannot betray your own kind.”

Crooky felt a terrible sadness. “But it is my only wish in life,” she said.

There was a long silence. “Then you must become human,” Krishna said. “You will be named Anu. I will plant you in a mother’s womb. Your birthday is tomorrow so I will make sure you are born tomorrow morning at 6.11am.

“As you grow up, you will have different interests. In your dream, you did somersaults and backflips, right? That will be one of your passions. Is this okay?”

Suddenly, she was in a dark, warm place. Everything had been so exhausting that she had no problem falling asleep. There she had another dream that the fluid she had been contentedly snoozing in was suddenly rushing out. She got a little scared, but stayed calm.

Then she was breathing air again and someone was holding her head gently. She didn’t like it at all. She wanted to be back in the warm place. Then someone was kissing her and making cooing sounds. It was her mother. She could not be happier.

As she grew up, Anu was no longer bubbly. She was shy and fussy, but still determined and persevering. She only liked to eat meat and thought vegetables were gross, but her parents made her eat them anyway. She wanted to be a doctor.

When she was 12, they started doing gymnastics in PE. Anu loved it. She loved being flexible, it was just so cool. She went home and she watched her favourite channel, Jordan Matter.

The host did 10-minute photo challenges of famous dancers, contortionists, and cheerleaders. They all were super flexible and that made her love flexibility, contortion, and gymnastics even more. She had so much determination and passion so she started training at home. She started doing different stretching routines to become more flexible. That was when Anu realised that gymnastics was what Crooky had been dreaming about.

It wasn’t easy. When she started stretching to do the splits, it was SO painful. She could barely handle the pain of splitting her legs but she knew it would be worth it, so she pushed on and on. After a month or so, Anu achieved the splits, although she was in immense pain. And she had other problems, too.

Her dad thought that it was super dangerous and did not like her doing it, but Anu didn’t listen to him. Her mum was supportive and encouraging at first, but later as she saw her stretching, she too got scared and told her to stop. Her sister sided with her parents and told her to stop.

Now with the whole family against her, some people would have stopped. But not Anu. She let what they said in one ear and out the other. She didn’t care about what other people thought. She was determined to be a gymnast, no matter what.

And, that was how Crooky’s impossible dream came true and she was born as a human girl called Anu. I am Anu, and Anu is me. The story above is about me. I think this is my story. I think this is how I was born. And I believe that, before I was born again as Anu, I was that magical creature, Crooky.