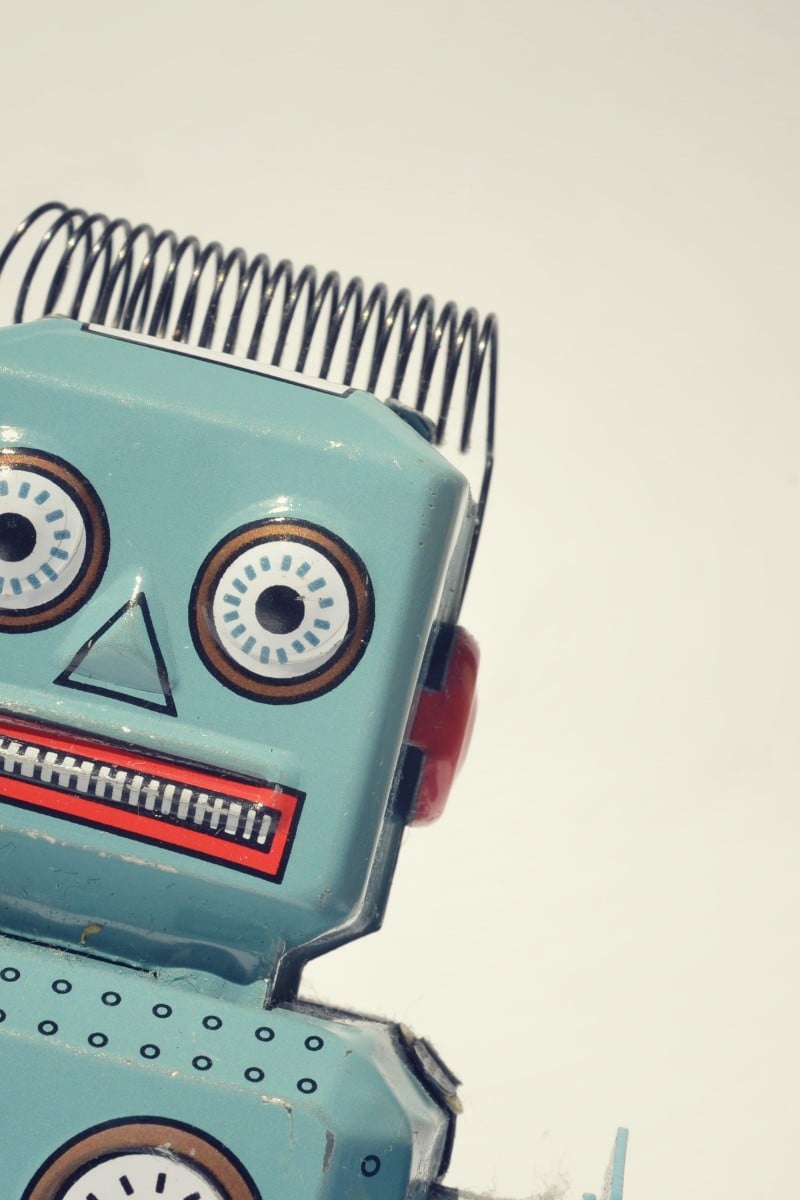 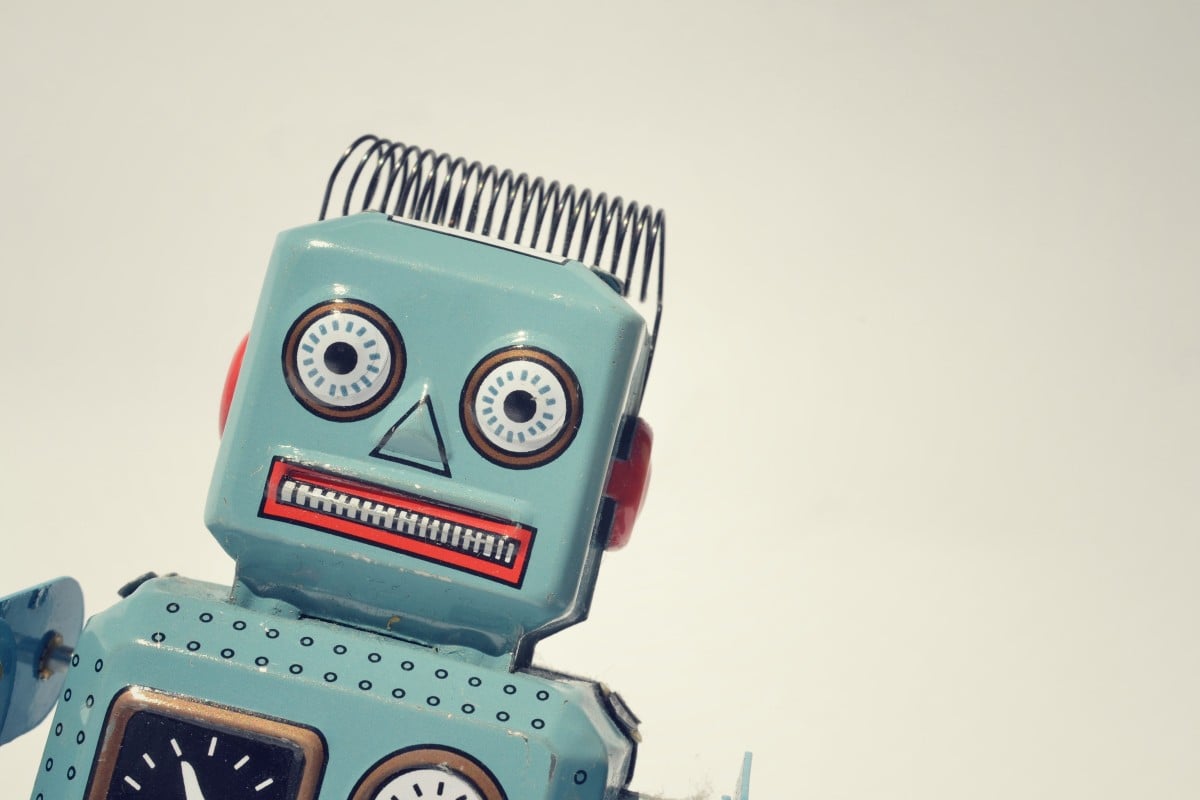 What's an elf to do when they're replaced by a robot?

This story was written by Ishaan Mukherjee, 15, from Discovery College, as an entry in the Young Post Summer Short Story competition 2020. This annual contest gathers aspiring writers from all over Hong Kong.

This year’s theme was to write a creative story inspired by the world “Elf”.

The top entries will be gathered in an anthology with the Winter Short Story competition finalists.

Working at Santa’s workshop was a dream come true. It was the aspiration of any self-respecting elf to one day join the North Pole workforce, whether it was as a lowly letter-carrier or a skilled craftsman. So you can imagine how happy I was when I got a job in the packaging division.

My division was responsible for wrapping the gifts and toys for Santa to deliver on Christmas Eve. We received the toys from the craftsmen who decided what to build by consulting children’s wish lists provided by the letter-carriers. Together we were able to make and pack billions of different toys.

Everyone else in the packaging division had been in the job for ages. Positions in Santa’s workshop only open once in a few decades – due to the elves’ long lifespan. We live for hundreds of years – as a result, these job opportunities are highly sought after.

The job itself, however, was not easy. My average workday at the toy factory began at five in the morning and ended at 8pm, with a lunch break at noon.

Usually, I could get through packing about 10 million presents a day, 15 million if I was feeling especially motivated. Yet, despite the heavy workload, those days spent packing gifts in Santa’s workshop were, to me, the best days of my life.

In hindsight, it is easy to see where everything began to go downhill.

I had been at the workshop for two years. It was the middle of September, and winter was creeping in. Mr Claus had just come back from his trip to the outside world. He often used to take two or three trips out of the North Pole each year to go and visit different countries, experiencing life in normal civilisation. He never used to be gone for too long, though; he was always very worried that someone would recognise him. No one ever did.

This trip was the longest he had been away, and some of the newer recruits, myself included, had, quite frankly, begun to worry. Around 11 in the morning, we expected to be called. It was hard to concentrate on work because everyone wanted to see him.

Finally, at around 12.30pm, just when we thought we would all die of excitement, Mr Claus burst into the workshop. I remember because I had just started to eat my lunch when I was startled by the sound of his well-known “Ho ho ho”. I never did understand what he found so funny about that.

In any case, I remember shoving my sandwich into my lunchbox as I quickly hurried to the front of the room. A crowd of elves from every station had congregated in front of Mr Claus, eager to hear about his adventures during his travels.

I pushed through a cluster of elves in the letter-carrier division; I was now directly in front of Santa’s boot. I looked up as he started to speak.

“Friends, elves, how I have missed you all,” he exclaimed in a voice that rumbled like thunder.

“We missed you, too,” we all replied. To make up for our quiet voices, we elves often speak in unison – this better allowed Mr Claus to hear us.

“Elves, my exploration of the outside world has been truly eye-opening. Humanity has progressed so much since  I last visited them.” It had been a while since Mr Claus last left the North Pole.

“The humans have made so many wonderful creations, their technology might even be able to rival my own magic,” Mr Claus continued.

“I apologise for returning so late, but I have brought something back for all of us.”

“What have you brought back, Mr Claus?” we asked.

“Elves, I would like to introduce you to A.L.F.” Just as he said this, a bunch of management elves rolled a big metal box up to him. It was tapered at the top, had myriad dials and knobs on the front of its face. As Mr Claus began to turn those dials and pull those knobs, a light stuttered to life on the top of the object. Taking a few steps back, I could see that this light had now taken the form of a face. It was literally a face made of light.

On its left side, there was what one could only describe as a metal arm. It was joined at the elbow, like elf arms are. And at the end it had just two fingers. A.L.F. – as I would later learn – is an acronym for “Automated Labour Facilitator”. To this day, I am still not quite sure what that means.

The next day, I saw A.L.F. as I was entering the workshop. It was being led in by Mr Claus, who had taken a long black string from the back of what seemed to be his head and connected it to a hole in the wall. When this happened, A.L.F. opened its eyes. As I said, it was very strange.

A.L.F. was standing next to the elves in the letter-carrier division. It did not seem to be doing much, just standing there. Occasionally, it would use its two fingers to pick up the odd letter, bring it up to its face, and put it back down for the elves to send it to the craftsmen. Something about the way it did that made my blood run cold.

I remember being very confused that day, wondering what on Earth A.L.F. could be doing – I did not know it then, but A.L.F. was reading. A.L.F. was learning.

That day I only managed to pack eight million gifts; it was a bad day, the first of many.

A week had passed, and A.L.F. had begun to copy the movements of the elves in the letter carrier division; it was also nearly as fast as the elves at the station, if not faster. I remember marvelling at how much A.L.F. had improved in speed and accuracy. Maybe it was there to help, and give us a longer lunchtime. But still I couldn’t help feeling uneasy; maybe I wasn’t feeling well.

Two days later, as I sat down for lunch, I remember briefly thinking that it felt much less crowded than it used to. It would be another two days before I realised that the room was indeed far emptier than before. As I looked over at the letter-carrier station, I saw 1 A.L.F. and 52 elves. There used to be 53 elves. Biff was not there!

Now, as you know, we spent most of our time hard at work and that didn’t leave much time for chatting with each other, but we still communicated. A smile, a scrunch of the nose, a little wink, they all helped the day go by. We knew each other. Every single one of us.

What on Earth could have happened to Biff? The elves at the letter-carrier station seemed unusually quiet, and not one of them turned to look at me.

Two weeks passed, and I still had not heard or seen Biff. But I pushed it to the back of my mind. It was a new day, and I was eager to start work. Today felt like a good day; maybe I would pack 15 million gifts today.

As I went to my station, however, I couldn’t help but notice that there was another A.L.F. in the room. As the week continued, the number of A.L.F.s in the letter-carrier division began to increase, and the number of elves started to decrease. Finally, just three days later, there were no more letter-carrier elves.

“Is this normal?” I asked Emily. She had worked in the packaging division the longest; she would certainly know if something was wrong.

“Not really,” she replied, “but I don’t think there is any reason to be alarmed.”

“The entire letter-carrier division has been replaced,”  I snapped.

“Oh, I am sure that is not the case,” Emily replied.

That made me angry. How could she pretend not to see what was in front of her?

But, two weeks later, I had forgotten about the whole ordeal regarding the letter-carrier elves. If you had asked me then, I might have told you that there never were any elves in the letter-carrier division – it had always been a section for A.L.F.s.

The next time Mr Claus came back from one of his trips, I was eating my lunch. He entered the room, so I put the sandwich in my lunchbox and moved to the front of the room. He was rolling in another A.L.F. However, there was no booming laugh this time, no twinkle in his eyes; he barely said a word. It was peculiar; he looked ashamed, as though he could not look any of us in the eye.

Mr Claus simply entered the room, connected the string on the back of the A.L.F. to the hole in the wall, turned his back on us and walked away.

We all looked at each other for a moment. There were far fewer of us in the room now.

Then we went back to work. All of us and the new A.L.F. – the robot starting its first day in the crafting division.

It made a terrible mess of things. It painted dolls green, and fixed drumsticks on to a train engine.

The next months passed in the same way. Slowly, the number of A.L.F.s began to increase, while the number of elves in the crafting division went from 53 to 0.

It was around this time that I again asked Emily if this was supposed to happen.

I believed her. I would be fine. The A.L.F.s would not take me away: Mr Claus would not let them.

Two days had passed, and there had been no change regarding the number of A.L.F.s. I was going to be fine. Furthermore, I had already packed 10 million boxes, and it was not even 2pm: perhaps today would be the day I broke my record of 15 million boxes. Just then, however, the door flew open; but it was not Mr Claus who walked in. It was an elf. In fact, it was the elf Biff, the first one to be replaced by an A.L.F. all those months ago.

Biff looked around and then charged at the nearest A.L.F. he could find. He pulled viciously on the string, trying to rip it out from the wall, but a group of elves from my division stopped him before he could do any damage. We pulled at him, knocking him to the ground.

“You don’t understand,” Biff yelled. “They are machines; they are not your friends. They will replace you – you are not fine!”

I stood and stared as a small group of elves from my division, led by Emily, dragged the rogue elf out of the workshop, and closed the door. We had just saved the A.L.F.s.

Three days later, I and the other 52 members of the packaging squad found that we were no longer allowed to enter Santa’s workshop.

We were no longer wanted.

We were no longer needed.