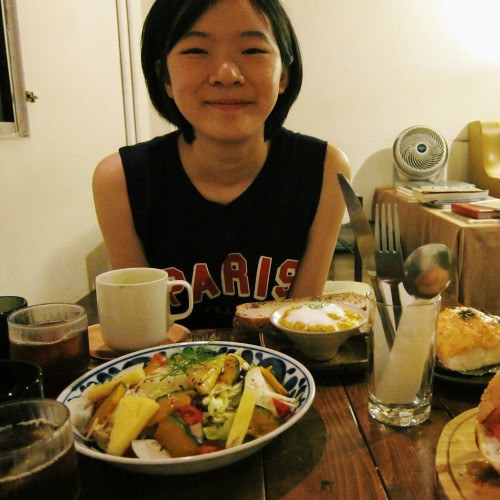 Jacqueline Wong (JR)
Junior Reporter
i am pretty much an artsy girl. I love to read, act, listen to music, watch movies etc. I can literally die for art as i deem that it has so many relations with our daily lives and that it is a poetic way to express one's feelings.I also enjoy writing blogs, very personal poems a lot ,so i reckon joining the JR club would be a great joy.
expand
Comment
Copied

Why should you add ‘Lupin’ to your Netflix watch list?

CNY flower markets are set to go ahead

Zayn’s ‘Nobody is Listening’ tracks, ranked

The cutest animals in the news so far this year

Most Hong Kong teens probably associate secondary school with homework, tuition classes, and exams. But not all school experiences are the same. Some Hong Kong students choose to study abroad in places like Britain, which usually means living at a boarding school.

As daunting as it sounds, studying at a boarding school can be a great opportunity to gain independence, learn about different cultures, and develop long-lasting friendships.

When you think of a British boarding school, you might find yourself picturing students dressed in uniforms walking down long, ancient corridors, or sitting around one long dining table in a grand-looking hall. After all, it’s what we see in books and films like Harry Potter, Wild Child, and Enid Blyton’s Malory Towers. It’s an image that’s both fascinating and intimidating – but is it true?

Letters from the Dorm: Same same but different - going from boarding school in the UK to studying at University College London

Let’s start with the stereotype of the rude, snobbish head girl, as seen in films like Wild Child.

Christy Yeung, 17, from Badminton School, says there isn’t really any such thing. “People come from all around the world and from all different kinds of backgrounds, so not everyone is like that.”

Kathy Chan, 16, from Cheltenham Ladies’ College, agrees, adding that although there are posh people at her school, it is easy for her to get along with everyone. “The key is to embrace the different personalities and to learn from one another,” she says.

Moving on to meal times; in pop culture, they typically involve sitting in a vast dining hall with high ceilings, portraits on walls and long dining tables. While this may be true for some schools, not all of them are Hogwarts-esque.

“To be honest, our dining hall is more like a cafeteria,” admits Vanessa Tong, who currently studies at Oxford International College.

“Our dining hall is actually really small and modern,” adds Christy. “So many people ask me whether it’s like Hogwarts, but it’s nothing like that. It’s not dark or like a cathedral.”

Anyone who has seen 1995 film A Little Princess will expect matrons and housemistresses to be stern, unforgiving people who always conform to the rules and never allow students to have fun. But this couldn’t be further from the truth, says Kathy.

“I have the best matron in the entire world,” she says. “She has done so much for me, especially during my first year when everything was so unfamiliar to me, She always listens to us and is never too harsh.”

“My housemistresses can occasionally be very strict with the rules, but it is needed to keep us all safe,” adds Christy. “We often have chats together and joke around in house and we have all developed a great relationship with them. They’re almost like our second mums.”

Of course, moving to a new environment far from home is never an easy adjustment, but there are some perks.

Your student guide to Montreal - everything you need to know about living, studying, and working in this friendly Canadian city

“I think the best part of boarding school is living with your friends,” says Vanessa. “It’s like a sleepover every night and there are times when my friends and I chat the whole night.”

“I’ve learned to be so much more independent,” adds Kathy. “It was a bit of a challenge at first, because I had attended the same school for seven years back in Hong Kong, so I found it quite hard to adapt to a completely new environment.

“However, I’ve made so many new friends here. I don’t regret going to school in England. If anything, it’s been the best choice I’ve made and I feel like my horizons have truly broadened because of this experience.”

Face Off: Should Hong Kong keep its boarding schools?

Tips for making the most of your boarding experience:

Jacqueline Wong (JR)
Junior Reporter
i am pretty much an artsy girl. I love to read, act, listen to music, watch movies etc. I can literally die for art as i deem that it has so many relations with our daily lives and that it is a poetic way to express one's feelings.I also enjoy writing blogs, very personal poems a lot ,so i reckon joining the JR club would be a great joy.
expand