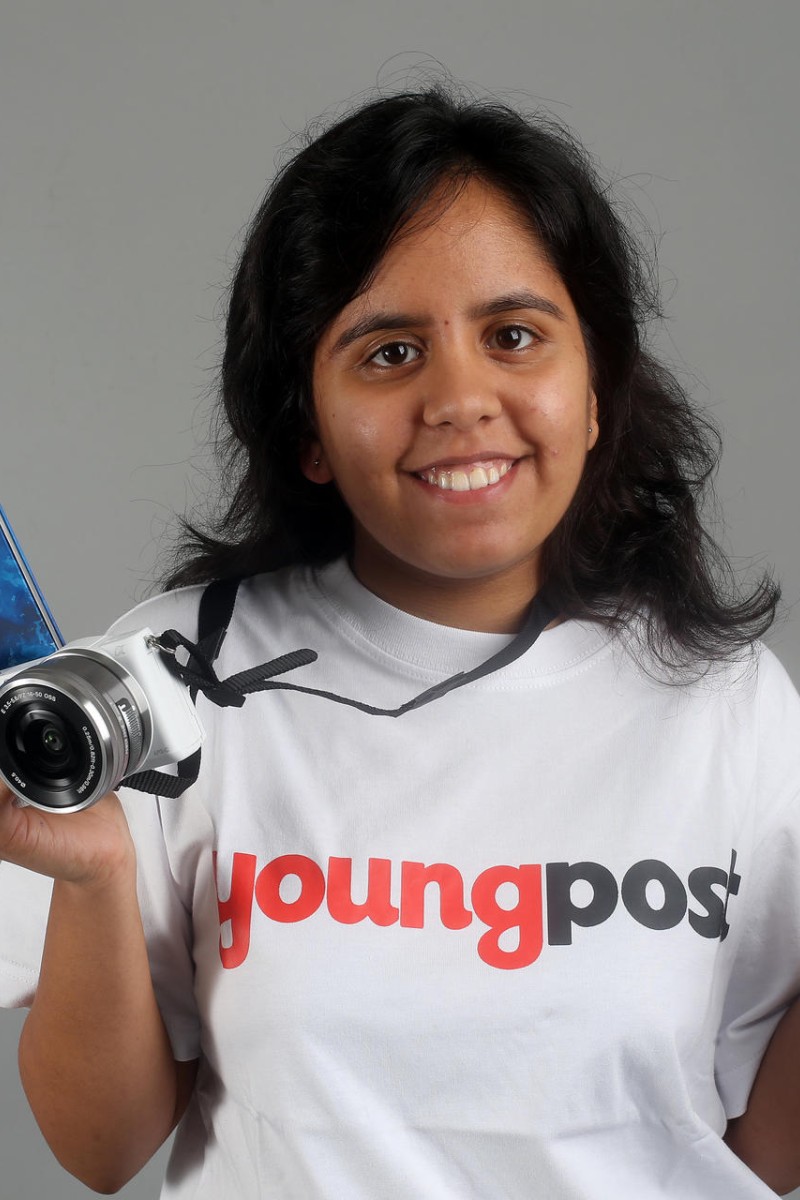 Junior Reporter of the Year Joy Pamnani is the complete package 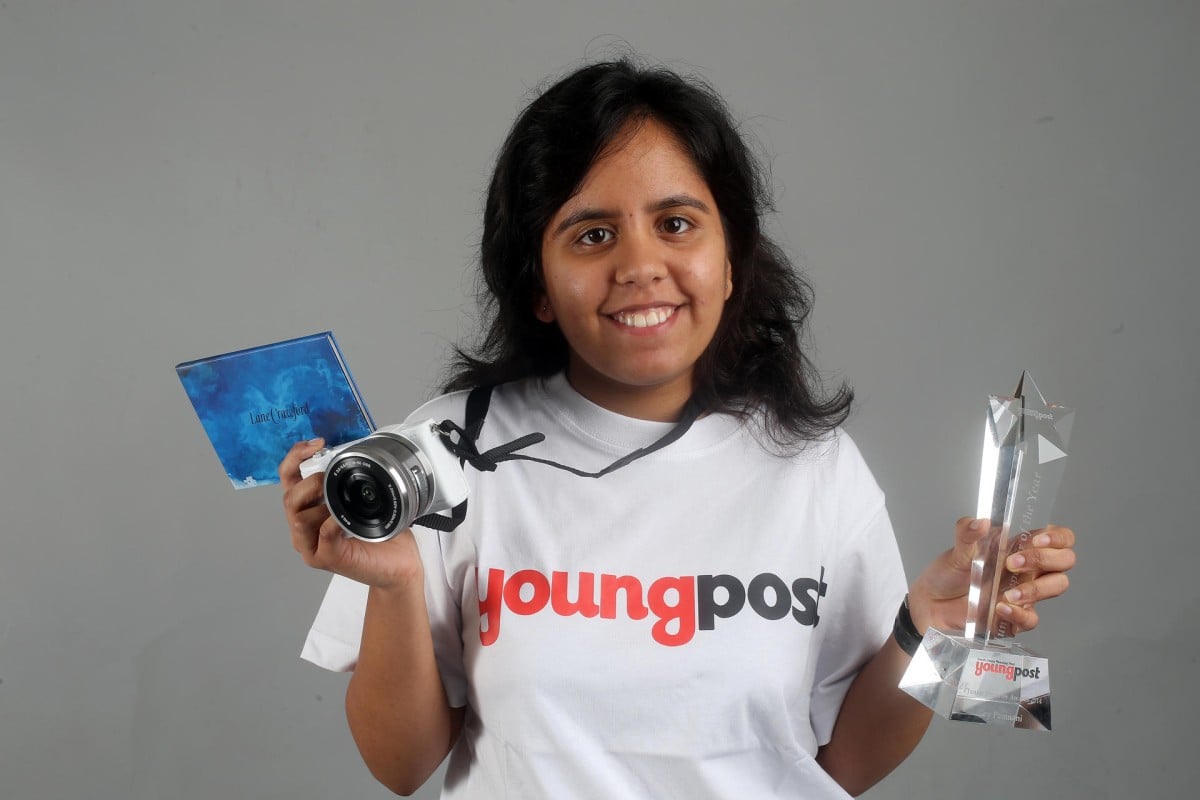 Joy Pamnani won a Sony Alpha A5100 camera and Power Zoom lens kit, as well as an $8,000 scholarship from Young Post and Harv-Est, who are also giving her a $2,000 gift voucher for her parents!

Everyone at Young Post knows Joy Pamnani. Loads of Young Post readers from schools all over Hong Kong know the PLK Ngan Po Ling College student, as her name appears regularly in the newspaper. That's because Joy has made more than 100 contributions to Young Post in the past year.

Joy gobbles up everything Young Post has to offer, as long as no animals are harmed - she is a huge vegetarian advocate. She's written cover stories, features, workshop reports, reviews and news. She's a regular contributor to our Top 10 page, takes part in Face Off and Talking Points, and even had a great run in the Brain Game competition.

When Joy's name was announced she was relieved her hard work had been recognised. "At first, I just wanted to enjoy the event with my friends," said the Junior Reporter of the Year. "But when Sue was talking about the qualities that make a Junior Reporter of the Year, I thought 'hey, I do all that'. That's when I was starting to get anxious over whether I'd actually win it. And I did!"

The other award-winners were:

Anirudh Kannan of South Island School won for "Bowled over by their success", a cover story about the growing popularity of cricket in Hong Kong.

Jessie Pang of Hong Kong Baptist University won a special award for her efforts in helping the Young Post team report on the Occupy Central movement.

Bakhita Fung of Island School won for her excellent reporting on Hong Kong Disneyland's voluntEARS and ambassadors, "The meaning behind the story".