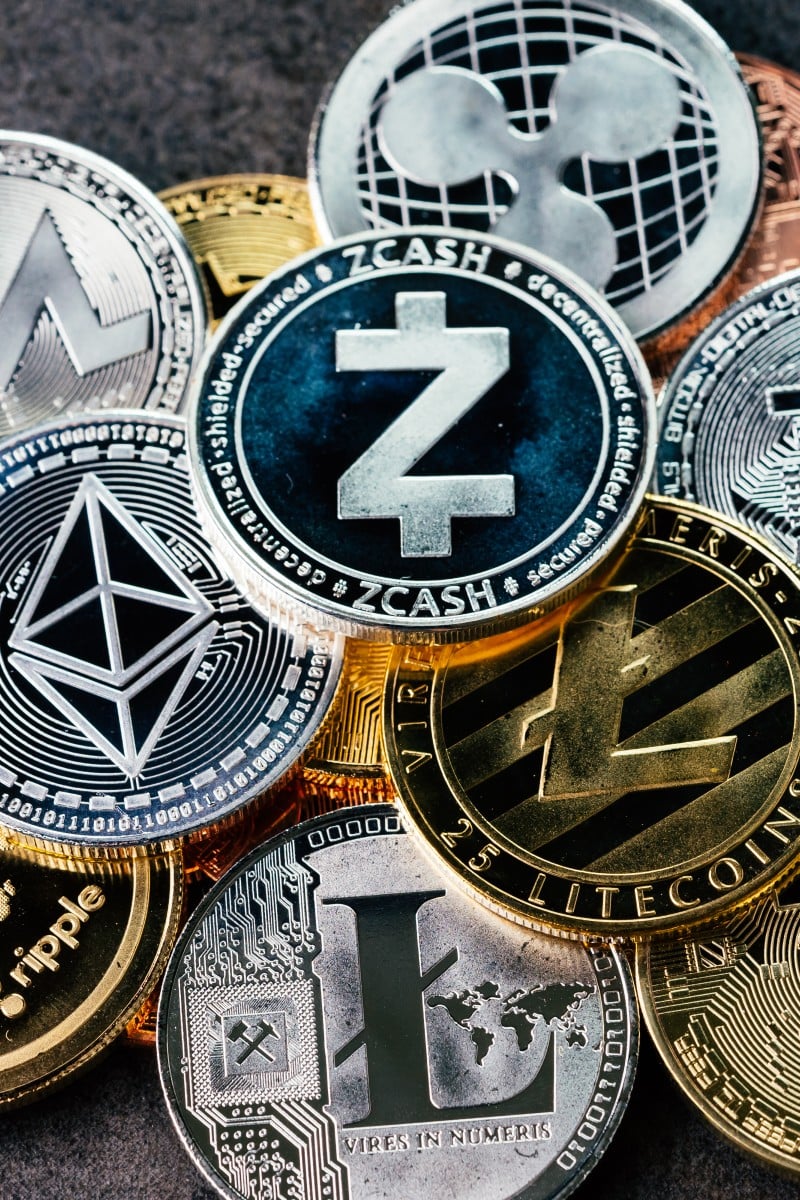 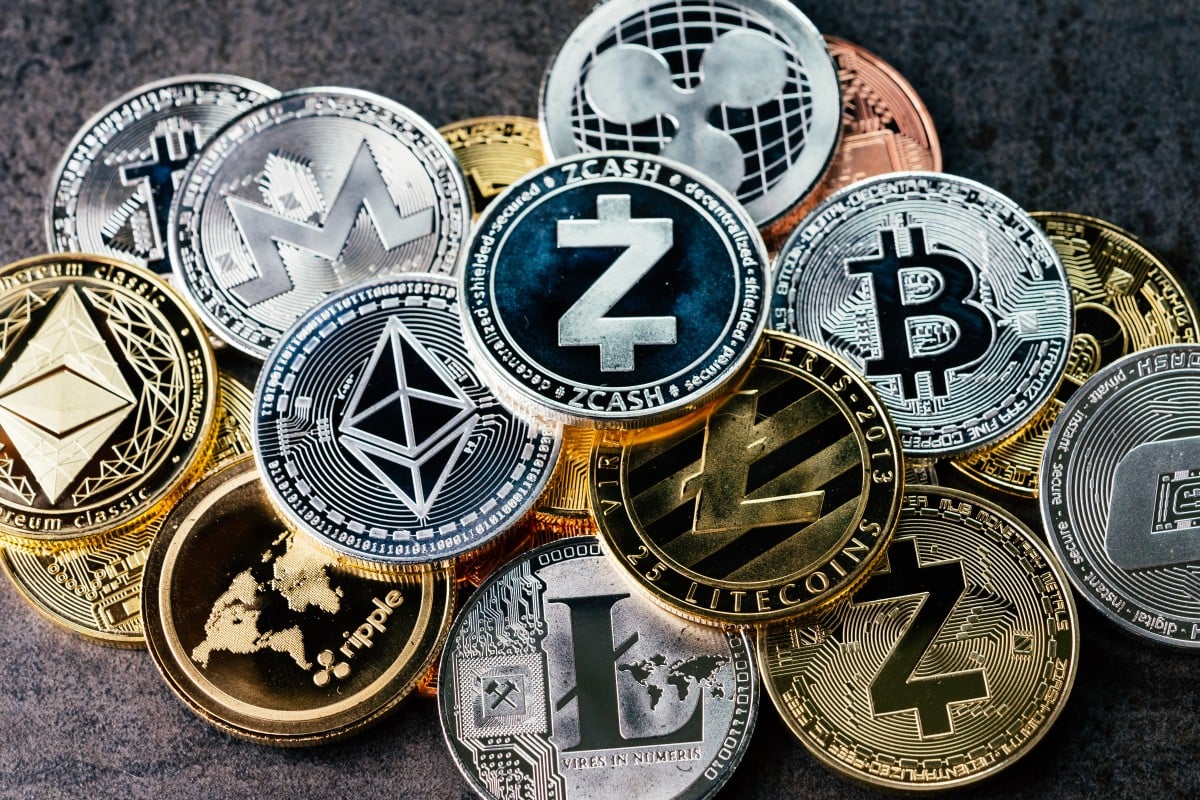 Here's the latest in the world of cryptocurrency.

Hot Topics takes an issue that's being discussed in the news and allows you to compare and analyse different news articles and viewpoints on the subject. Our question prompts encourage you to examine the topic in-depth and can be used on your own, or with a friend.

Launched in 2009, bitcoin is now the world’s largest cryptocurrency. It was invented by a person (or group) who uses the name Satoshi Nakamoto.

The goal was to create a digital currency that was not controlled by any government, bank or authority. Owners are anonymous – rather than using names or IDs, bitcoin connects buyers and sellers through encryption keys.

Unlike traditional currency, bitcoin is “mined” by computers. Individuals can send one another bitcoin via a digital wallet (see graphic), and the transactions are recorded in a public list called blockchain. This makes it possible to keep track of bitcoin to deter anyone from spending coins they do not own, making copies, or faking transactions.

While this anonymity can be appealing, it also creates opportunities for theft and money laundering. According to crypto intelligence company CipherTrace, losses in the crypto sector through fraud and other related crime amounted to  US$1.9 billion (HK$14.75 billion) last year.

The value of a bitcoin is determined by what people are willing to pay for it. As such, its price is extremely volatile, and its value could plunge at any moment, resulting in individuals losing a lot of money. According to Nakamoto, only 21 million bitcoin can ever be mined, and it’s estimated that the last bitcoin will be mined around the year 2140.

Bitcoin suffers due to mainland regulations

News: El Salvador offers bitcoin to citizens  to promote its use alongside US dollar

El Salvador’s parliament approved a law last month to allow bitcoin to be accepted as tender for all goods and services in the small Central American nation, along with the US dollar, its national currency. It became the first country in the world to officially classify bitcoin as a  legal currency.

Facing resistance from the World Bank, International Monetary Fund (IMF) and opposition parties to his move to make bitcoin legal tender in El Salvador, President Nayib Bukele has promised US$30 (HK$230) for each citizen who adopts the cryptocurrency. He gave an assurance that the use of bitcoin will be optional, and wages and pensions will continue to be paid in US dollars.

Bukele has touted the move as a way to make it cheaper and easier for Salvadorans abroad – some 1.5 million, mainly in the United States – to send money back home in the form of remittances, which represent almost US$5.9 billion or a quarter of the country’s gross domestic product (GDP).

But opposition parties have said the plan – which will come into effect in September – is “unworkable” and experts and regulators have highlighted concerns about the currency’s notorious volatility and the lack of protections for its users.

The World Bank rejected a request from El Salvador for assistance in its bid to adopt bitcoin as a currency, citing “environmental and transparency shortcomings”.

The Central American Bank for Economic Integration has said it will provide technical assistance for El Salvador to regulate the use of bitcoin.

A teen's guide to bitcoin

South Africa’s financial regulator says its hands are tied in an alleged US$3.6 billion bitcoin fraud at Africrypt because cryptocurrency is not yet a regulated product there.

Johannesburg-based Africrypt – launched in 2019 – was run by South African brothers Ameer and Raees Cajee, who promised a minimum return of five times the amount invested. Lawyers acting on behalf of a group of clients say the brothers have gone missing – along with bitcoin worth as much as US$3.6 billion. The company website is down, and calls to the brothers’ mobile phones were directed to a voicemail service.

While saying the investment platform looks like a Ponzi scheme, the Financial Sector Conduct Authority (FSCA) said all it can do is review complaints because “crypto assets are not regulated in terms of any financial sector law in South Africa, and consequently the FSCA is not in a position to take any regulatory action”.

“This entity was offering exceptionally high and unrealistic returns akin to those offered by unlawful investment schemes commonly known as Ponzi’s. The public is urged to understand that unrealistically high returns suggest that the investment scheme is likely to be fraudulent,” the FSCA said in a statement last month.

The FSCA has taken steps to have crypto assets declared financial products, as theft related to crypto assets pile up in South Africa.

“The authority is concerned over the large number of scams being perpetrated by persons purporting to provide the crypto asset to the public,” it said.

“The public must be aware of the very large number of unscrupulous players in this sector.”

El Salvador’s President Nayib Bukele speaks about his bitcoin legal tender plan. He has promised US$30 for each citizen who adopts the cryptocurrency. Photo: Reuters

Issue 2: BTCChina gives up on bitcoin  amid crackdown by Beijing authorities

BTCChina, which ran the first bitcoin exchange on the mainland, has exited the business amid Beijing’s extensive crackdown on bitcoin mining.

The company said last month it had “completely exited from bitcoin-related businesses” and sold its stake in Singapore-registered bitcoin exchange ZG.com to an unidentified foundation in Dubai last May.

BTCChina was founded in 2011 by Huang Xiaoyu and Yang Linke, who helped push the  idea of bitcoin to Chinese investors when it was still a foreign concept to most people in the country, including the government. The company once claimed it accounted for 80 per cent of the world’s cryptocurrency trading, but it was later caught up in the country’s various cryptocurrency crackdowns.

In its latest announcement, BTCChina said it was quitting “in response to the [Chinese] government’s policy”.

A new crackdown has forced the closure of many of the country’s mining operations. Bitcoin and other cryptocurrencies were officially banned in mainland China in 2017, forcing local crypto exchanges to move offshore.

Beijing regards cryptocurrencies as a  threat to financial stability, as it allows people  to circumvent the government’s strict capital controls. There are also concerns about price volatility – the price of bitcoin had increased  by sevenfold over the course of a year and  then plummeted by more than 40 per cent in one month.

The government is also concerned about meeting its clean energy goals, with the aim of reaching peak emissions by 2030 and becoming carbon neutral by 2060. Bitcoin requires a lot of energy to mine because of how its blockchain works, consuming more electricity than the United Arab Emirates does in a year, according to an estimate by the Cambridge Bitcoin Electricity Consumption Index.

Local governments across the mainland, including the mining hubs of Xinjiang, Inner Mongolia and Sichuan, have since ordered miners to shut down, with some packing up and leaving the country.

Liu He, the top economic adviser to President Xi Jinping, said the government will “crack down on bitcoin mining and trading behaviour, and resolutely prevent the transfer of individual risks to society”.

“As more hashrate falls off the network, difficulty will adjust downwards, and the hashrate that remains active on the network will receive more for [North American bitcoin miners’] proportional share of the mining rewards.”  – Kevin Zhang, vice-president of US-based crypto mining firm Foundry

“A significantly high number of cryptoasset businesses  are not meeting the required standards under the  money laundering regulations, which has resulted in  an unprecedented number of businesses withdrawing  their applications.” – Financial Conduct Authority, Britain’s financial watchdog

8 things you need to know about bitcoin

bitcoin address: similar to a physical address or an email used for making bitcoin transactions. Each address is meant to be used for a single transaction.

bitcoin mining: process of computer hardware doing mathematical calculations to confirm transactions and hence increase security. As a reward for their services, bitcoin miners can collect fees for the transactions they confirm, along with newly created bitcoin.

blockchain: a system used to make a complete digital record when a cryptocurrency is bought or sold. It grows as more blocks are added.

cryptocurrency: digital currency in which transactions are verified and records are maintained by a decentralised system using cryptography, rather than by a centralised authority

encryption key: a piece of information, usually a string of numbers or letters that are stored in a file. These are processed through a cryptographic algorithm to encode or decode data.

financial product: an instrument an individual can use to make a financial investment, or borrow or save money

hashrate: a unit that measures the processing power of the bitcoin network. For example, if the network reaches a hash rate of 10 Th/s, this means it could make 10 trillion calculations per second.

legal tender: money that can be officially used as payment

Ponzi scheme: a form of fraud that lures individuals to invest their money, promising high rewards for very low risk. The victims are led to believe profits are coming from legitimate business activity, when in reality, all their resources are used to get new investors. The people running the scheme will also take money for themselves. Eventually, these schemes fall apart as they cannot keep recruiting enough new people to continue paying returns to the old investors.