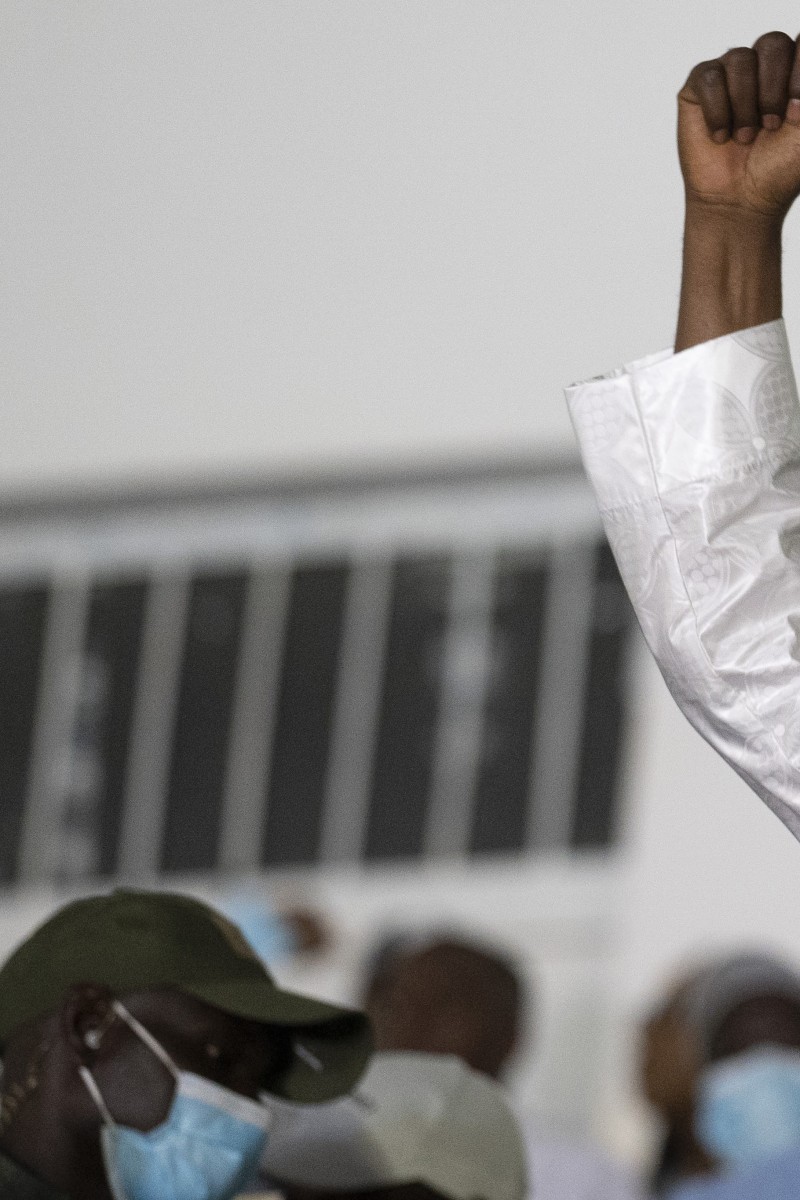 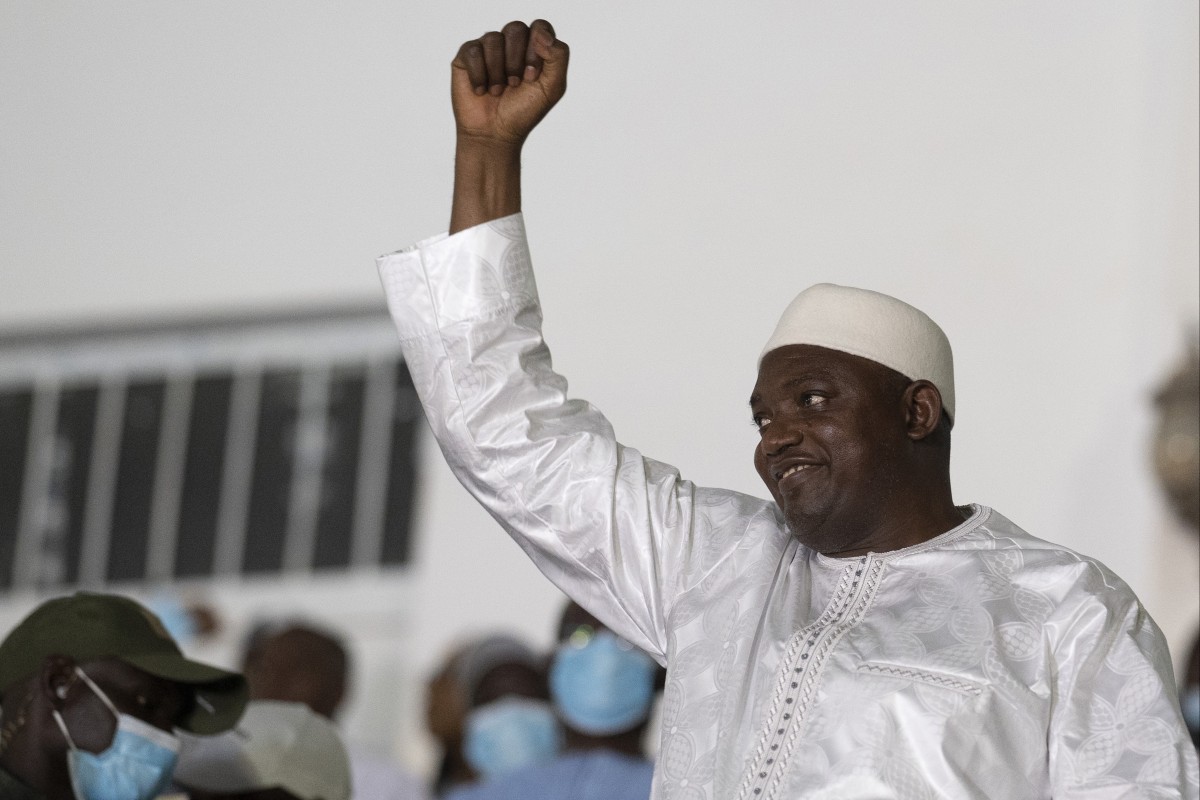 [1] Gambian President Adama Barrow comfortably won re-election, the country’s electoral commission said earlier this month. But he might face a legal challenge from opposition candidates who rejected the results because of unspecified irregularities. The vote was the first in 27 years without disgraced former President Yahya Jammeh, who was forced into exile in Equatorial Guinea after refusing to accept defeat to Barrow in 2016.

[2] Jammeh’s despotic 22-year rule over the small West African nation of 2.5 million people began with a 1994 coup. It was characterised by politically-motivated violence against his opponents. The peaceful election on December 4 was seen by many as a victory for democracy that helped draw a line under that troublesome period. Once cowed by Jammeh’s omnipresent secret police, crowds hit the streets the next day to celebrate.

[3] “It is a very important victory because Barrow is a president who has been ruling the country in a transparent manner,” said businessman Aliou Toure, 56. Barrow’s first term provided a welcome change for many to Jammeh’s unpredictable tenure. But it was marked by the coronavirus pandemic, which hurt an economy that relies heavily on tourism and exports of peanuts and fish.

[4] In the run-up to the election, Jammeh had tried to persuade supporters to vote for an opposition coalition in telephoned speeches that were relayed to campaign rallies. But he failed to dent Barrow’s following. The president received around 53 per cent of the vote, far outstripping his nearest rival, political veteran Ousainou Darboe, who won about 28 per cent.

[5] As results came in the morning after polling day, representatives from all opposition parties signed off on nearly all the tally sheets read to the election commission. But later on December 5, Darboe and two other candidates, Mama Kandeh and Essa Mbye Faal, said they would not accept the results because they had taken longer than expected and because of problems at polling stations. They did not provide specifics or evidence of wrongdoing.

[6] “We are concerned that there had been an inordinate delay in the announcement of results,” their statement said. “A number of issues have been raised by our party agents and representatives at the polling stations.” The statement did not say what they would do now, only stating that “all actions are on the table”. Source: Reuters, December 6

1. What does the phrase “comfortably” in paragraph 1 imply about Barrow’s re-election? A. It was an unexpected win. B. It was an easy victory. C. Barrow’s win was hard fought. D. Barrow was unsure about the results of the election.

2. In your own words, explain why Jammeh was exiled from Gambia.

3. What does the “troublesome period” in paragraph 2 refer to?

4. According to paragraph 3, what setback did Barrow meet during his first term as Gambia’s president?

5. How did Jammeh try to sway the December 4 election according to paragraph 4?

6. Which of the following best describes Jammeh and Barrow’s relationship in paragraph 4? A. collaborators B. co-conspirators C. colleagues D. competitors

7. In paragraph 5, what two reasons did the opposition candidates give for rejecting the election results? (2 marks)

8. Decide if the following statements are True, False or Not Given in the text. (i) Ousainou Darboe had the lowest percentage of votes among Barrow’s opponents during the 2021 elections. (ii) Jammeh had a history of using violence to oppress his political rivals. (iii) A higher number of Gambian citizens reported being satisfied with the 2021 election results as compared to 2016’s. (iv) Ousainou Darboe, Mama Kandeh and Essa Mbye Faal want the election results to be counted again.

9. Which of the following is likely the reason the author referred to Gambia’s pre-2016 political situation in an article about the 2021 election? A. to offer the reader historical context so they know why this year’s election matters B. to imply that the Gambian electoral system is just as disorganised today as it was five years ago C. to support Darboe, Kandeh and Faal’s challenge to the 2021 election results D. all of the above

1. B 2. He refused to accept the results of his defeat during the 2016 election which Barrow won. 3. Jammeh’s despotic 22-year rule over Gambia 4. Gambia’s economy suffered as the coronavirus pandemic badly affected the country’s tourism and exports of peanuts and fish. 5. He tried to persuade supporters to vote for an opposition coalition in telephoned speeches that were relayed to campaign rallies. 6. D 7. The results had taken longer than expected, and there were problems at polling stations. 8. (i) F; (ii) T; (iii) NG; (iv) NG 9. A