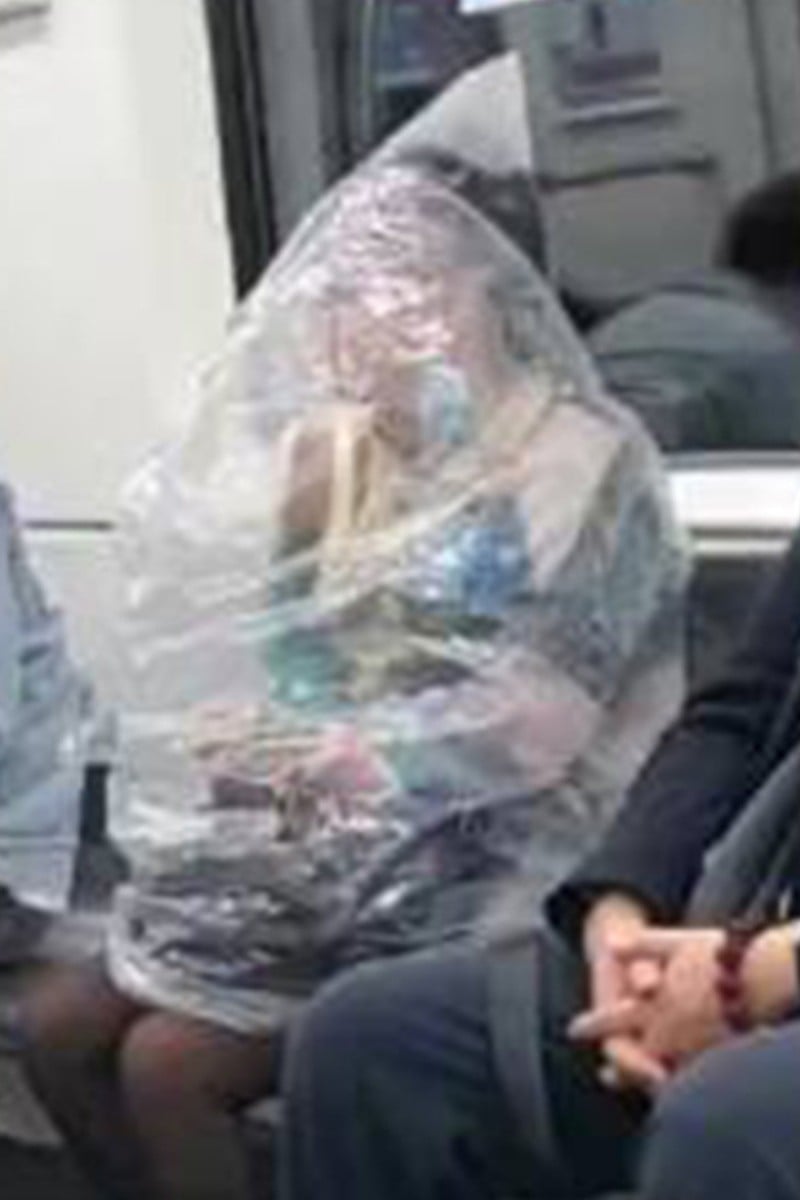 Study Buddy (Explorer): Woman wraps herself in plastic bag to eat a banana on the subway, sparks conversation in China 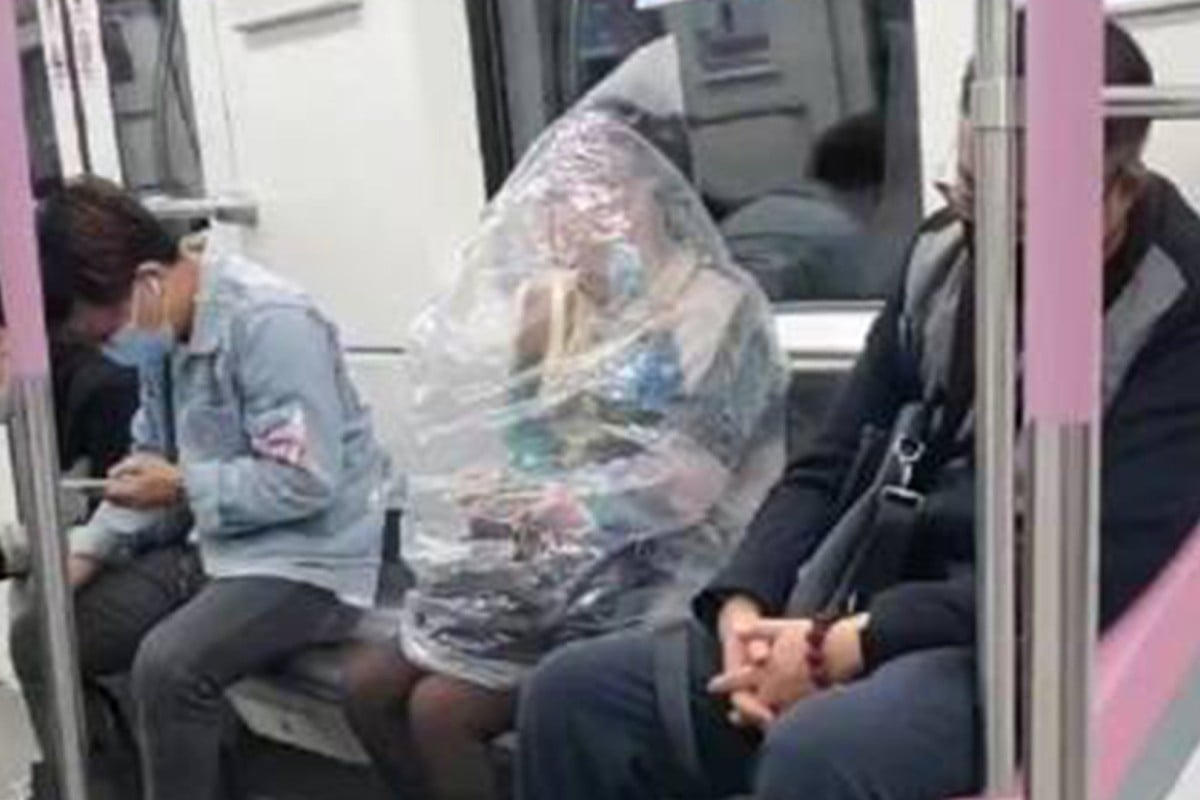 A woman in Wuhan used a huge plastic bag to cover herself from head to waist to sidestep the no-eating rule on trains. Photo: SCMP

[1] A woman in China sparked a public discussion when she wrapped herself in a big plastic bag before eating a banana on a subway train. Another passenger surnamed Wang recorded her behaviour on the train in Wuhan, in Hubei province, central China, according to the mainland news portal Thepaper.cn. Wang said he was shocked when he saw the woman wrapped in the plastic bag, so he used his phone to film the scene, which took place on Halloween.

[2] “There are sporadic coronavirus outbreaks across Wuhan, but in my opinion, it is a bit extreme for this woman to protect herself like this,” he was quoted as saying. Wang’s video clip showed the woman eating a banana before placing the peel into a small plastic bag she had brought with her. “While it is not ideal to eat inside subway trains, she isolated herself from other people by wrapping herself in a plastic bag,” said Wang.

[3] Most passengers on the train seemed not to pay extra attention to the woman. Another woman sitting beside her was focused on playing with her phone, while a man sitting on the other side was napping while leaning against a handrail, Wang’s video showed.

[4] A worker at Wuhan’s metro system operator told Thepaper.cn that, like other Chinese cities, passengers were forbidden from eating on subway trains. “If passengers notice people eating on trains, they can call our hotline, and we will send our employees to stop the person from eating,” said an anonymous female employee.

[5] The incident was among the most viewed items on mainland Chinese social media, with the public divided over whether to support the woman or not. “Is she unaware that people cannot eat on the subway? Her behaviour would be despised by anyone,” wrote one person on Douyin. “Is this a person doing a performance art project? I cannot figure out why she wore such a large plastic bag,” another user commented.

[6] But many people sided with the woman, speculating that she may have had a medical condition. “I think she was experiencing low blood sugar. She put herself in the plastic bag and ate a banana inside it, so she wouldn’t affect other people. I give her two thumbs up,” a third person said.

[7] Jimu News, a Wuhan-based news outlet, said: “She has not brought any negative impact to others in the public space. The public should show more tolerance to this behaviour and let other passengers who act similarly feel the society’s warmth.” Source: South China Morning Post, November 6

1. In paragraph 1, what food item was the woman eating? A. a pastry B. a fruit C. a vegetable D. a dairy product

3. Find a word in paragraph 2 that has a similar meaning to “ridiculous”.

4. Decide whether the following statements are True, False, or the information is Not Given in paragraphs 2 to 4. Blacken ONE circle only for each statement. (4 marks) (i) Eating is not allowed on China’s trains. (ii) The woman threw the banana peel on the train floor after eating it. (iii) Everyone on the train was shocked by the woman’s behaviour. (iv) This is the first time the woman is eating on the train.

5. What did the employee mentioned in paragraph 4 suggest the public do if they spot other passengers eating on the train? A. alight from the train B. ask them to stop eating C. call the train’s hotline D. call the police

7. According to paragraph 6, what was ONE reason some people gave to explain the woman’s action?

8. Find a phrase in paragraph 7 that means “strong approval”.

9. Which of the following best describes Jimu News’ reaction to the story? A. sympathetic B. critical C. demeaning D. neutral

Eating on subway trains in China is banned. Photo: Kyodo