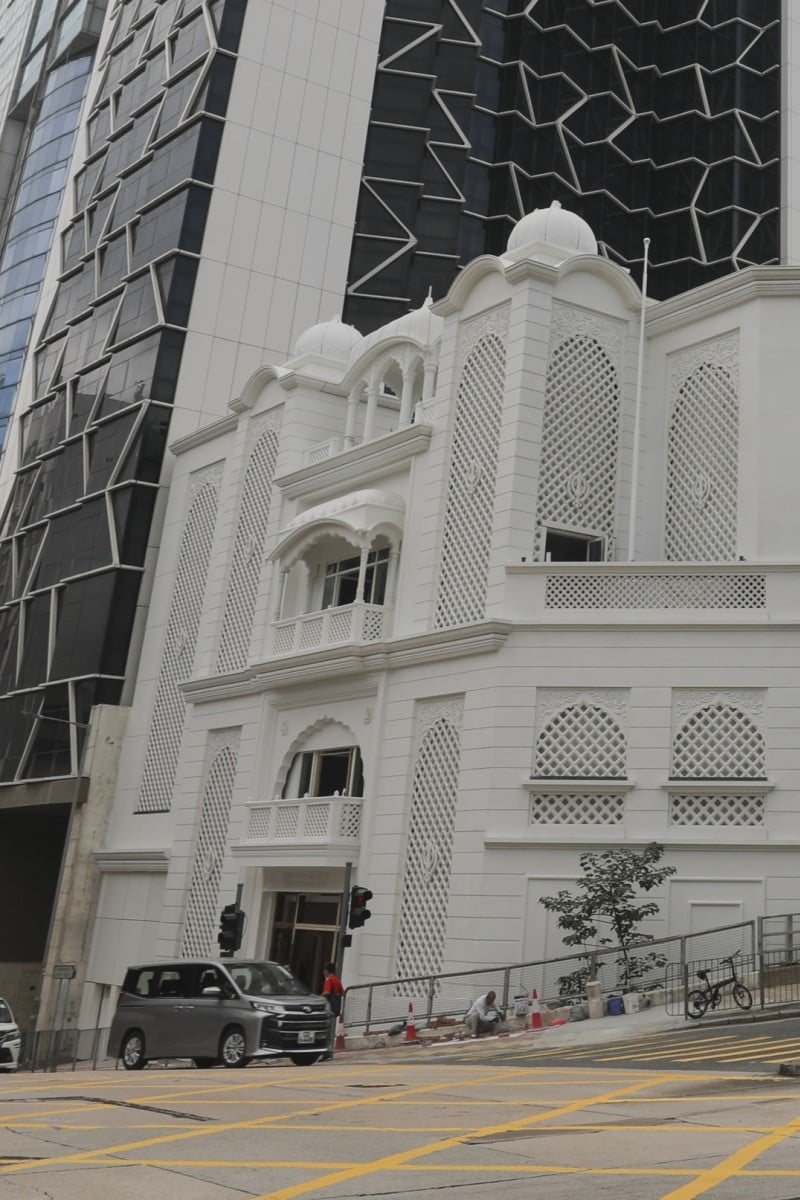 Study Buddy (Challenger): Sikh temple’s reopening in Hong Kong a reminder of the community’s contributions to the city 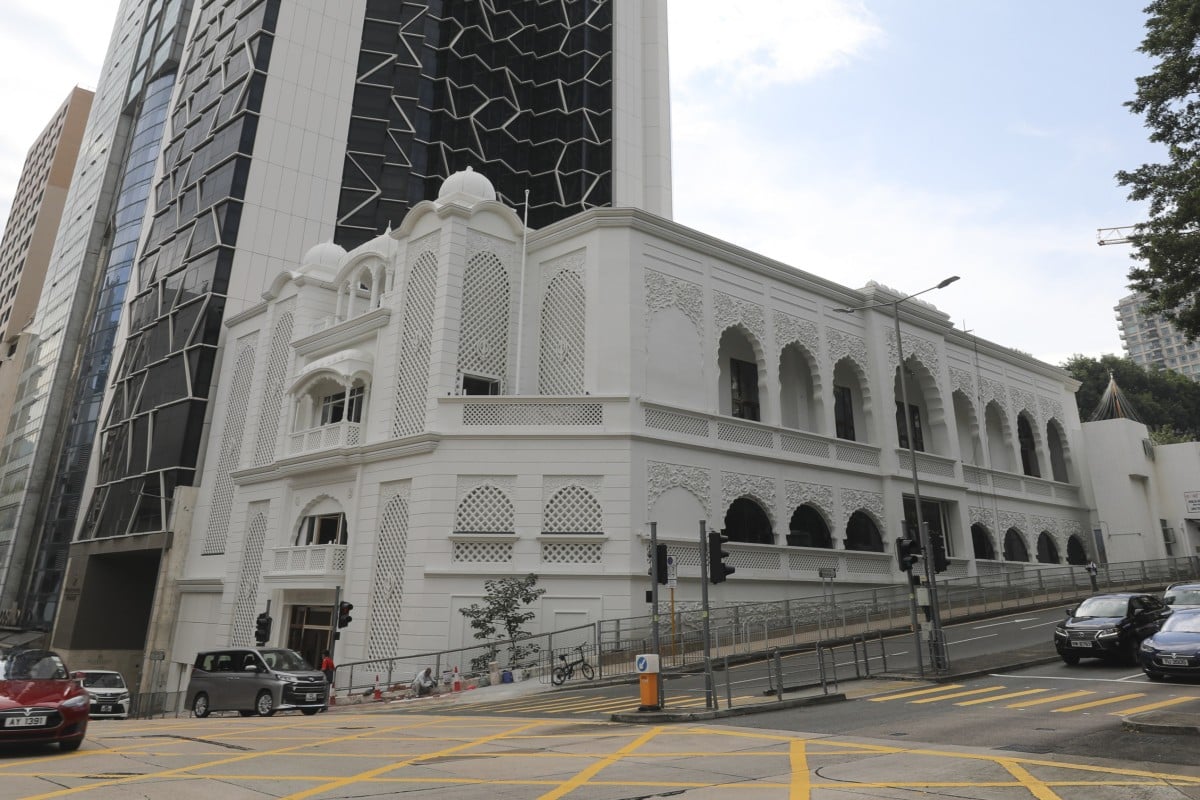 [1] The reopening in November of the newly rebuilt Khalsa Diwan, on Queen’s Road East in Wan Chai, is a reminder of the Sikh community’s multifaceted connections to Hong Kong life. Called a gurdwara, or Sikh temple, the first building on this site was constructed in 1901; several reconstructions have been undertaken since then. Thriving and well-integrated, the Sikh community provides a valuable reminder of Hong Kong’s economic successes.

[2] Each Sikh in Hong Kong can trace an ancestral origin to the Punjab region of the Indian subcontinent. Early outward migration was partly due to Punjab’s agricultural richness. During the 19th century, as irrigation schemes expanded, populations steadily grew and living standards rose, but only so much farmland remained available within each family. Thus, some young men sought employment and new lives elsewhere.

[3] Army, police and other disciplined services careers were favoured options for men accustomed to independent, farmer lives. These offered a dignified occupation, adequate pay, acceptable living conditions, and on retirement, a pension enabled their return to their ancestral village in Punjab. Many, however, never returned there to live, and instead settled in places, such as Hong Kong, where their entire working lives had been spent.

[4] Sikhs were specially enlisted for police service in Hong Kong from the early 1840s onwards. By 1860, an estimated 1,500 Sikhs – policemen and their wives, children and other family dependents – lived in Hong Kong. Direct recruitment from India continued until World War II.

[5] Sikh men were specifically recruited for either the Police or Correctional Services Department where they usually remained for their whole careers. A previous disciplined services career sometimes led to later security work; pensioned retirement at 55 meant many men could undertake a less-strenuous second career as a guard or watchman.

[6] While disciplined services backgrounds remain a major aspect of many family histories, other civilian Sikh migrants, who came to Hong Kong independently throughout the 19th and early 20th centuries, established themselves in various small businesses, such as restaurants and provisions shops.

[7] Nevertheless, the Sikh community’s most meaningful contribution towards the common good in Hong Kong remains largely unknown. No one who enters their temple – whatever their creed, nationality or ethnic origin – need leave with an empty stomach. Participation in langar – as this communal meal is known – profoundly defines the Sikh community to outsiders who have experienced their generosity.

[8] An abundance of food – delicious and nutritious, donated and prepared by community members – is given away to anyone who wants some. From remote Indian villages to major cities such as Hong Kong, the egalitarian goodwill that this communal meal represents – common to every gurdwara – is a defining feature of Sikh communities around the world. Pay a visit to the gurdwara, if you can; a warm welcome, and some absolutely delicious Punjabi food, awaits all who enter in a spirit of friendship. Source: South China Morning Post, November 8

1. According to paragraph 1, the Sikh temple in Hong Kong ... A. has been reconstructed multiple times. B. is also referred to as a gurdwara. C. is called Khalsa Diwan. D. all of the above

2. Paragraph 2 explains ... A. the hardships Sikh men faced when they left their homeland. B. why Sikhs from the Indian subcontinent immigrated to Hong Kong in the 1800s. C. how certain communities in Punjab struggled to make a living from farming. D. none of the above

3. What was ONE unexpected consequence of Punjab’s economic boom in the 19th century?

4. Find a word in paragraph 3 that means “worthy of respect”.

6. Why did many Sikhs choose to stay in the same jobs mentioned in paragraph 3 until they were no longer allowed to work in those positions?

7. Based on your understanding of the article, why would it have been easier for older Sikh men to find jobs as guards compared to other jobs?

8. In paragraph 8, the writer describes langar as … A. a distinctive attribute of Sikh communities. B. a discriminatory practice of the Sikh religion. C. a unique form of worship that exists only in Hong Kong. D. a way Sikh people isolate themselves to preserve their identity.

9. Which of the following best describes the text? A. critical B. argumentative C. informative D. persuasive

1. D 2. B 3. It resulted in a lack of farmland in the region that was available within families. / It resulted in young men seeking employment elsewhere. (accept other similar answers) 4. dignified 5. army, police and other disciplined services careers 6. It is because they were guaranteed a pensioned retirement. 7. It is because of their prior background in disciplined services. 8. A 9. C