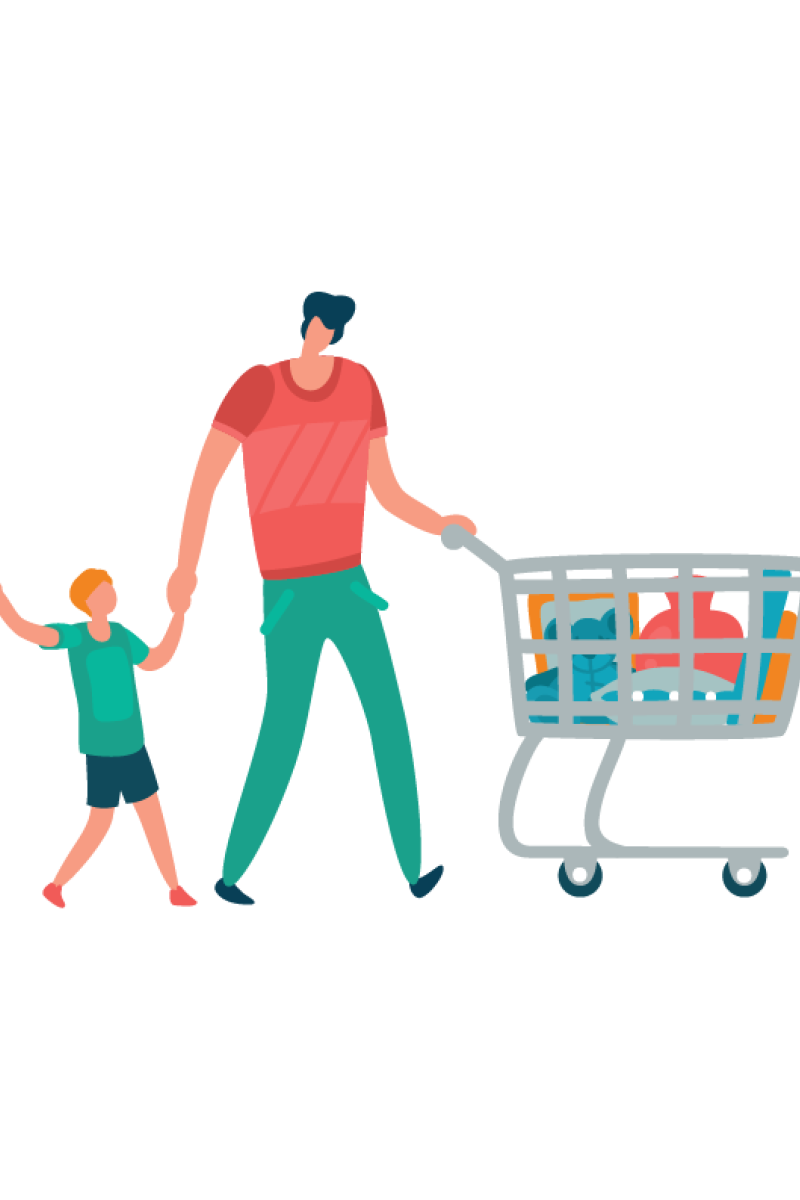 Si-Pooi: Do you remember the discipline master, Mr Chan?

Katy: The one with specs and an uncool moustache? He once put me in detention for not handing in my homework on time. He wrote a letter to my parents and I got into so much trouble.

Si-Pooi: I was in the checkout queue with my mum at the supermarket. It was quite busy and Chan was in the same queue as us, about three customers in front.

Si-Pooi: He’s got a little kid with him who was being a real nuisance. I assume it was his son. The kid kept fishing in the trolley and taking stuff out, and Chan was getting really annoyed with him. It was hilarious to watch.

Si-Pooi: No. I hid behind Mum. I didn’t want to speak to him.

Katy: Right, me neither.

Si-Pooi: Well, I watched him put all his stuff on the checkout belt and it took him ages. The people in front of me were getting quite impatient. The kid kept taking things off the belt and putting them back in the trolley. I thought Chan was going to hit him.

Katy: The irony … he couldn’t control his own kid?

Si-Pooi: Well, apparently not. It took him forever to pack his bags. Everyone was getting really fed up. And here’s the best part … I think you’ll like this.

Katy: Tell me about it.

Si-Pooi: Chan couldn’t find his wallet when it was time to pay. He stood there going through all his pockets. The kid was shouting and he was bright red with embarrassment.

Katy: What happened after that?

Si-Pooi: The cashier sent for the manager who took Chan and his trolley away to sort things out. Just as they were walking away, I leaned forward and shouted “Good morning, Mr Chan!” You should have seen the look on his face!

Katy: No way! He heard you?

Si-Pooi: You bet! I wanted to make sure he knew I was in the queue behind him. When we had assembly on Monday, he glared at me the whole lesson and didn’t ask me a single question. I could tell he hated that I’d seen him in a situation where he wasn’t in control.

Katy: Ha ha! I bet he’ll now check he’s got his wallet with him before he goes to the supermarket in future. What a story! Thanks for making my day!