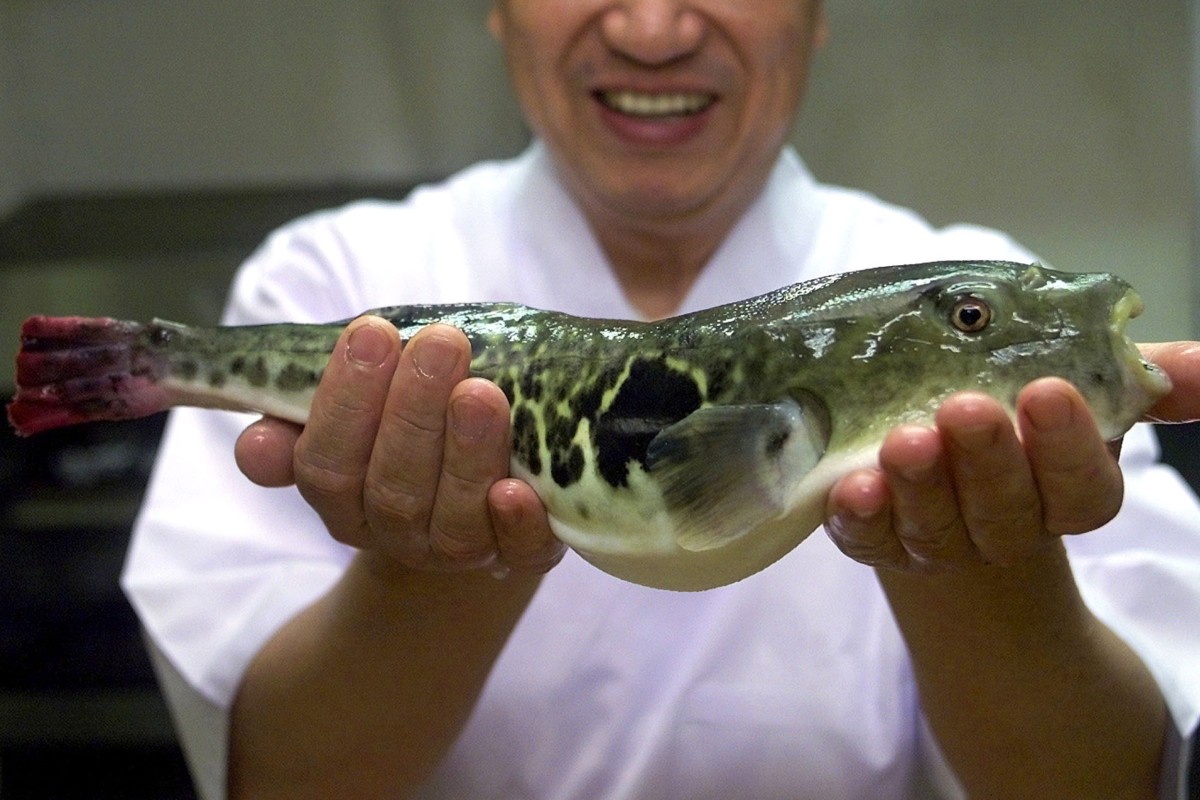 Eating fugu can be deadly if a chef is not properly trained. Photo: AP

1. What does the phrase “to die for” mean? A. that a type of food is dangerous to eat B. that something tastes wonderful C. that eating something can make you ill D. that a food is rather tasteless

4. Which parts of the ackee fruit cannot be eaten? A. its flesh and skin B. its seeds and flesh C. its skin and seeds D. the whole fruit

5. Where can casu marzu cheese be found? A. in Africa B. in the town of Casu Marzu C. near the Mediterranean Sea D. the island of Sardinia

6. What makes casu marzu cheese both dangerous and delicious? A. the insects inside it B. the type of milk used to make the cheese C. how long it has been left to age D. the amount of milk used in the cheese

7. Which word has the same meaning as “distinctive”? A. boring B. unique C. ordinary D. common

8. Based on your understanding of the podcast, what is casu marzu most likely also known as? A. “holey cheese” B. “cheese from the sea” C. “liquid cheese” D. “rotten cheese”

9. What could happen to people when they eat casu marzu? A. They could suffer a heart attack. B. They could develop lung problems. C. They could experience severe stomach damage. D. They could end up choking.

10. Which of the following is a fugu?

11. Which parts of a fugu are toxic according to the podcast? A. eyes and skin B. cheek and fin C. head and eyes D. information not given

12. Before you eat fugu, you should make sure it has been thoroughly prepared by … A. a chef who knows a lot about seafood and how to prepare it B. a chef who has successfully completed a test on the topic C. a fisherman who has knowledge of where the fish came from D. a fisherman who uses a test to see if the fish is toxic

14. Which of the following best describes cassava? A. It is a dairy product enjoyed by many Europeans. B. It is a fruit that only grows on the islands of the Caribbean. C. It is a type of seafood that is popular in Korea. D. It is a carbohydrate-rich food widely used in Africa.

15. According to the podcast, which of these foods is definitely toxic? A. cheese with holes B. the skin of ackee C. any part of a pufferfish D. all of the above

Casu marzu cheese is considered a Sardinian delicacy, but be careful of the maggots. Photo: Instagram / @focusardegna

Voice 1: Do you know the expression “to die for”? If someone said to you, “Last night, I had some Japanese food that was to die for”, would you know what they meant? They most certainly won’t be telling you that the sushi would kill you if you eat it.

Voice 2: If something to eat or drink is to die for, it is absolutely delicious. You use this expression when you want to say that the taste of something is utterly amazing. “That new shop on the corner sells cupcakes to die for.”

Voice 1: “To die for” is a figurative phrase. It doesn’t mean what you think it means when you look at the individual words. It doesn’t mean you’re going to die if you eat or have eaten the food you mentioned.

Voice 2: But did you know that there are some foods that are really to die for? These are foods that will kill you or make you seriously ill if you’re not careful.

Voice 1: The ackee is a delicious fruit that grows in Africa and on the islands of the Caribbean. But eating the whole fruit can kill you. The ripe yellow flesh of the ackee is edible, but the red skin and black seeds are highly poisonous.

Voice 2: Perhaps you’d prefer a slice of delicious casu marzu cheese from the island of Sardinia in the Mediterranean Sea. Here is how it’s made. The cheese is left outside, and flies make holes in it and lay their eggs. The eggs hatch into the maggots. Before they die inside the cheese, the maggots produce a liquid that gives this yummy delicacy its distinctive taste.

Voice 1: But some of the maggots don’t die, and if they survive in your stomach when you’ve eaten the cheese, they can burrow inside your intestines and make you very sick.

Voice 2: The fugu or pufferfish is a Japanese delicacy, but it has to be prepared by a cook who knows exactly what he is doing. Certain parts of the fish are highly poisonous. If you want to try fugu, it is essential you go to a restaurant where the chef has passed an exam on how to safely prepare the pufferfish for human consumption.

Voice 1: San-nakji or wriggling octopus are an expensive Korean delicacy, and blood clams sometimes found on seafood menus are expensive titbits that can kill you if not prepared properly. And cassava flour, used to make bread in Africa, can contain the poison cyanide if the grain from the cassava plant is incorrectly prepared.

Voice 2: So there are foods to die for and foods that can kill you. It’s very useful to know which is which.