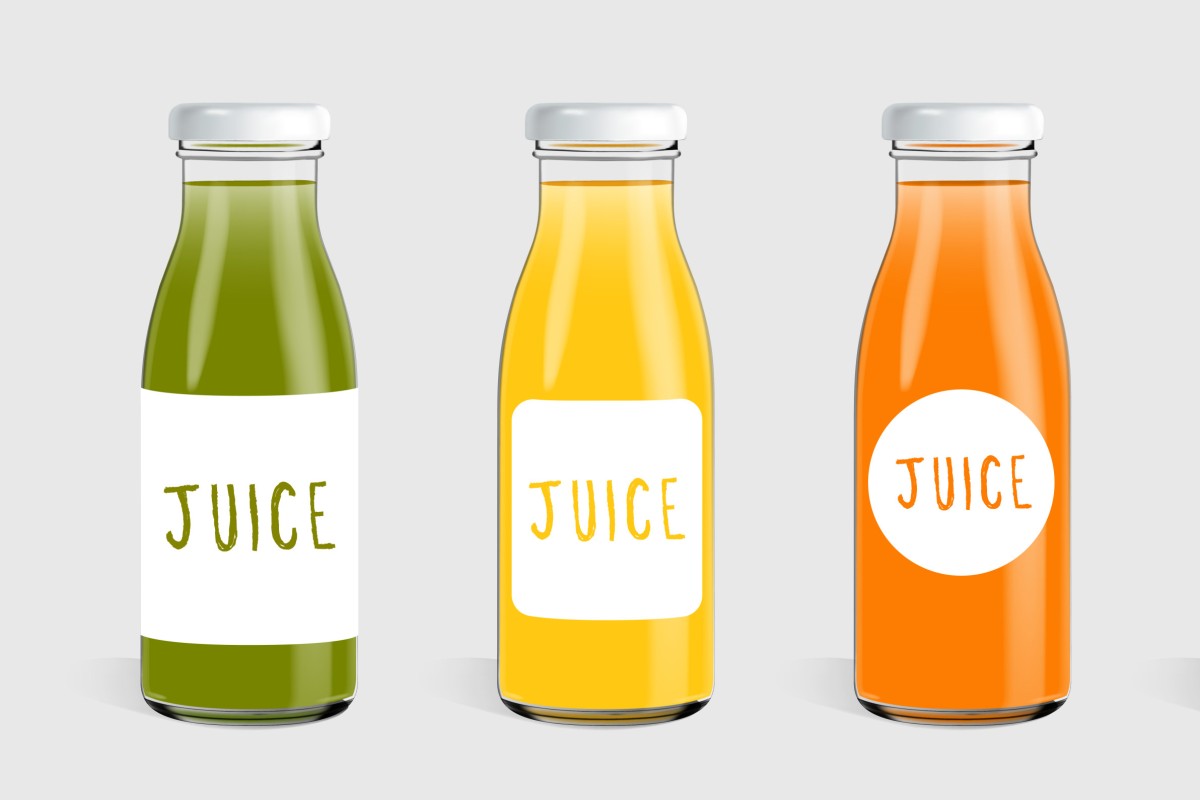 You should read labels carefully to figure out what is really in your drink. Photo: Shutterstock

1. What is the main ingredient in most tropical juices, according to the podcast? A. mango B. apple juice C. exotic fruit D. cane sugar

2. Which word can replace “conned” in the podcast? A. victimised B. trapped C. deceived D. bullied

5. How many of the drinks mentioned in the podcast had a picture of an apple on the carton or bottle? A. all of them B. four out of five C. fewer than half D. none of them

6. Based on the podcast, what do manufacturers likely believe would happen if they showed how much apple juice was used in their products? A. They will be sued by farmers. B. Sales of tropical fruit juice would fall. C. Customers would buy more apple juice. D. none of the above

7. What reason did Coolberry Juices give for using apple juice in their products? A. It makes their products more affordable. B. It helps adjust the mixture’s thickness. C. Consumers like the taste. D. The health authorities asked them to do so.

8. How did Pinkwave justify not using the word “apple” in the name for its blackcurrant and banana juice? A. The apple flavour cannot be tasted in the juice. B. People hate the taste of apple. C. It is not the main ingredient in any of the company's products. D. none of the above

9. Which of the following best describes something that is “misleading”? A. It can be understood in more than one way. B. It makes someone feel confused. C. It gives others the wrong impression. D. It takes people’s attention away from what they are trying to do.

10. According to the podcast, what is the best way to get a fruit juice that contains exactly what you want it to? A. read the label carefully B. ask the manufacturer directly C. buy only organic juices D. make your own

11. Complete the table using information from the podcast.

Voice 1: Some of the most popular smoothies and fruit juices available in supermarkets and convenience stores may have misleading labels. Many tropical juices that are advertised, for example, as mango, passion fruit or kiwi fruit often contain significant amounts of cheap apple juice. The product name doesn’t mention mango and apple, but that’s what it is. We are being conned.

Voice 2: That’s right. Leading fruit juice manufacturers, including Jupiter Juice and Leafy, are guilty of including large amounts of cheap apple juice in their tropical products to save money. The ingredients in a drink’s name can make up just 10 per cent of what is in a carton or bottle.

Voice 1: The manufacturers say that they state how much apple juice is in the product, but this is always written in very small print on the ingredients list.

Voice 2: We decided to take a look at the issue ourselves with a visit to the supermarket. We checked through the contents of some of the most popular juices on store shelves, and this is what we found.

Voice 1: Jupiter’s Mango and Passion Fruit juice was 83 per cent apple juice with just 4 per cent passion fruit and 13 per cent mango.

Voice 2: Leafy’s Strawberry and Blueberry juice is 85 per cent apple, 12 per cent strawberry and 3 per cent blueberry. The company says each bottle’s contents include three apples, three strawberries and five blueberries.

Voice 1: Coolberry’s Mango and Kiwi Fruit smoothie contains just 9 per cent mango and 5 per cent kiwi fruit. This is mixed with apple juice. Cloudfruit’s Strawberry and Mango smoothie contains only 4 per cent of each of the fruits in its name. The rest is apple.

Voice 1: None of the five juice drinks we looked at featured a picture of an apple on the label, and not one of them included apple in the product name despite it being the main ingredient in each drink.

Voice 2: A spokesman for Coolberry Juices told us that apple juice was blended with other fruits such as strawberry, mango and kiwi fruit to thin the consistency of the juice. Meanwhile, Pinkwave released a statement saying that the name of the product reflected what the drink tasted of, not what was in it. The company added that it would be misleading customers if it were to include mango and apple in the juice’s name when the drink only tasted of mango.

Voice 1: There’s nothing wrong with drinking a fruit juice made up of 87 per cent apple juice, 9 per cent mango and 4 per cent passion fruit juice. In fact, it is delicious and healthy. But it seems like manufacturers are convinced that the public would not want a perfectly nutritious fruit juice if its true contents were reflected in the name.

Voice 2: So if you want a delicious glass of pure mango fruit juice, the best thing to do is squeeze your own.