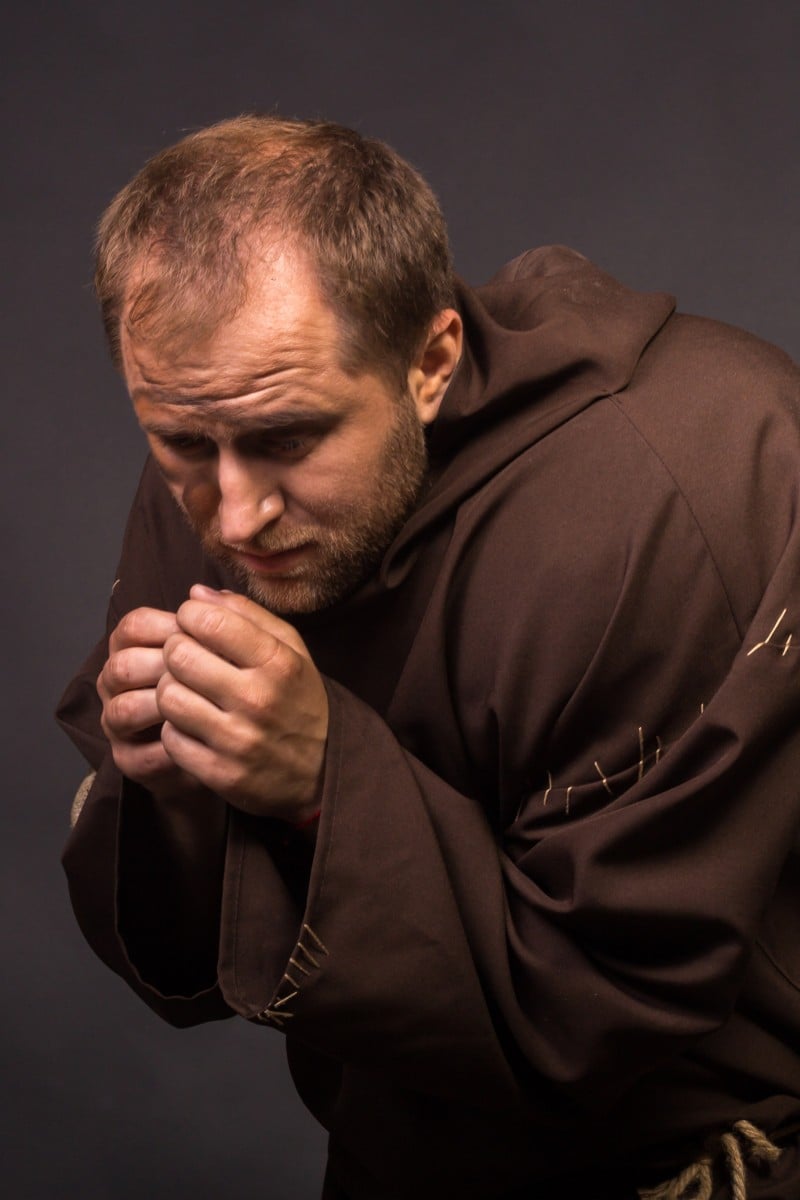 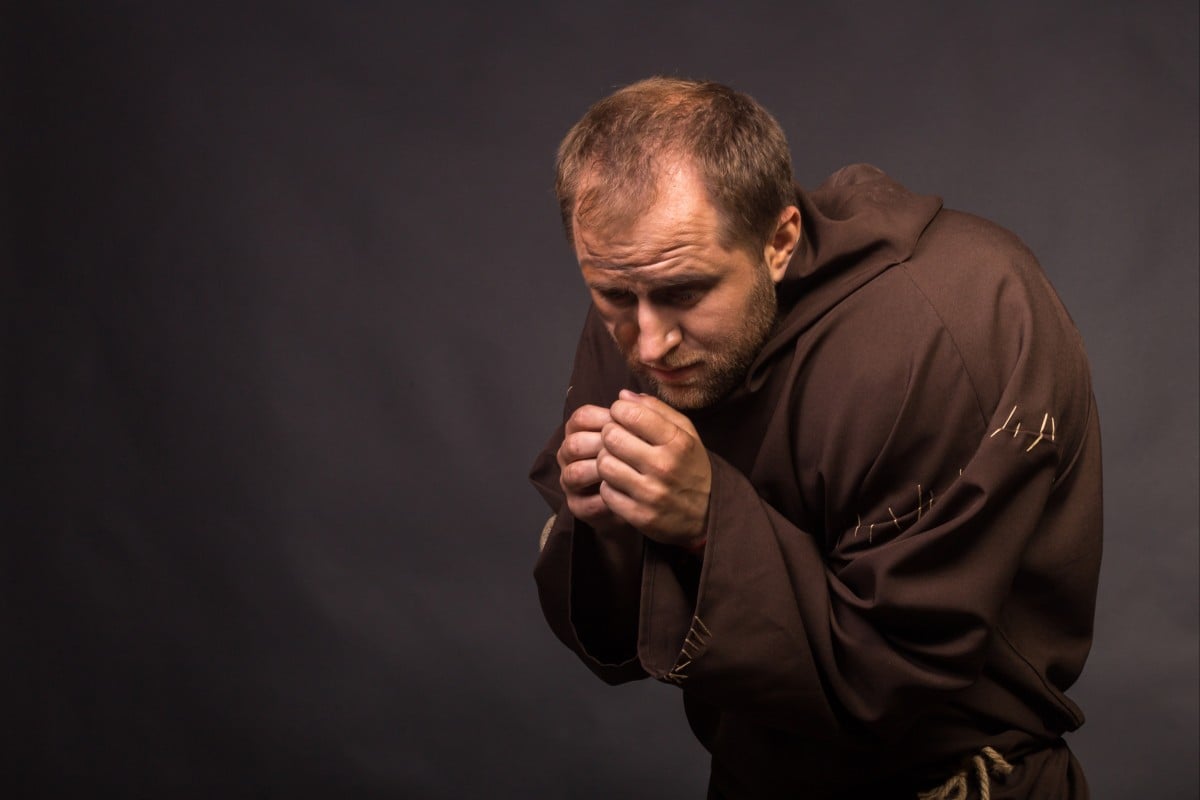 “The Hunchback of Notre Dame” tells the story of Quasimodo, who lives in the bell tower. Photo: Shutterstock

1. What did the twins do when they were at their grandad’s place? A. helped to tidy up his comic books B. drew comic strips based on popular classic tales C. put some of his books up for sale D. went through his comic book collection 2. What was Avery’s initial reaction when she learned about Quasimodo? A. disgust B. anger C. pity D. shock 3. Which phrase can replace “nothing like that”? A. very different to B. most unusual C. quite similar to D. as good as 4. Why did Quasimodo’s mother abandon him according to the podcast? A. because she was too poor to look after him B. because of his appearance C. because he was too weak and sickly D. because someone asked her to do so 5. Why couldn’t Quasimodo see in one eye? A. He was born with only one eye. B. There was a lump growing out of it. C. It was covered by a wart. D. information not given 6. Which of Paris’ famous buildings became Quasimodo’s home? A. the Eiffel Tower B. the Opera House C. the Louvre D. the Notre Dame cathedral 7. What job was Quasimodo trained to do? A. play the organ B. sing in the choir C. ring the cathedral’s bells D. clean the altar

8. What caused Quasimodo to lose his sense of hearing? A. He developed a high fever that affected his hearing. B. He was constantly exposed to loud noises. C. He fell and injured his ears. D. none of the above 9. Which word has the opposite meaning to “frightful” in the podcast? A. terrific B. awful C. hideous D. appalling 10. Why did Frollo tell Quasimodo to never leave the cathedral? A. because people were looking to capture him B. because it is too dangerous outside C. because his mother might find him D. because he might end up hurting others 11. Why was Quasimodo made “King of Fools”? A. because of what he does B. because of his intelligence C. because of the way he looks D. because of where he came from 12. How did the people treat Quasimodo? A. They showed him kindness. B. They treated him with respect. C. They avoided him. D. They were cruel to him.

13. When you “take pity” on someone, you … A. feel confident about their ability to do something B. are disappointed with them and what they did C. feel sadness and sympathy for their suffering and unhappiness D. pay no attention to how they feel 14. What does the “simple act of kindness” in the podcast refer to? A. a girl called Esmeralda B. Esmeralda giving Quasimodo some water C. Quasimodo falling in love with Esmeralda D. Esmeralda’s death 15. What can someone learn from both the original and Disney versions of the story? A. looks can be deceiving B. be kind to those who are going through a hard time C. hard work is the key to success D. not to worry about the inevitable

Ash: When Avery and I were little, we used to spend a lot of time at our grandad’s place and we would spend entire afternoons poring over his massive collection of comic books. Many of these were colourful, comic strip versions of popular classic stories. There was one in particular that fascinated us, mainly because of its main character.

Avery: His name was Quasimodo, and he lived in the Notre Dame Cathedral in Paris in the 1480s. As I looked at the illustrations, I felt so sorry for him. He had a horrid life and I wanted to make things better for him. Even though, as a little kid, I didn’t understand the words, the drawings brought Quasimodo to life on every page.

Ash: I know some of you have seen the Disney version of The Hunchback of Notre Dame, but I wish you hadn’t. Quasimodo is nothing like that cartoon character in the comic book. He was abandoned by his mother as a newborn baby on the steps in front of Notre Dame Cathedral. It was probably because his mother could not cope with the deformed baby she had given birth to: Quasimodo had a hump on his back, a massive lump protruding from his chest, and a wart covering one of his eyes.

Avery: Frollo, one of the priests at the cathedral, adopted the baby, and named him after the day he was found. He trained Quasimodo to be the cathedral’s bell ringer. He soon became deaf due to the loud ringing of the bell, and Frollo taught him sign language so they could communicate. The priest also warned him never to step outside the cathedral because if people saw his frightful appearance, they would think he was a monster and harm him. As such, the young boy shunned everyone and lived alone in one of the towers of the cathedral.

Ash: While Quasimodo had the appearance of a monster, he was a gentle and kind soul, and he was curious about the outside world. He decided to sneak out of the safety of the tower during the Festival of Fools and was in for a rude shock. As soon as the crowd saw Quasimodo, they crowned him the “King of Fools” for being the ugliest person in Paris, and beat him with sticks and threw rotten fruit at him. He was even tied up and whipped in front a jeering crowd.

Avery: A girl called Esmeralda took pity on the hunchback and offered him a drink of water. This simple act of kindness resulted in a terrible love story. In a tragic turn of events, Esmeralda was hanged for a crime she did not commit, while a devastated Quasimodo left Notre Dame and died holding the body of the deceased girl.

Ash: The story we’ve just told is based on the original novel The Hunchback of Notre Dame written by Victor Hugo in 1831. It is quite different to the 1996 Disney movie, where Quasimodo could speak and was eventually accepted by the people of Paris. Even so, the message remains the same, which is not to judge someone based on their appearance.