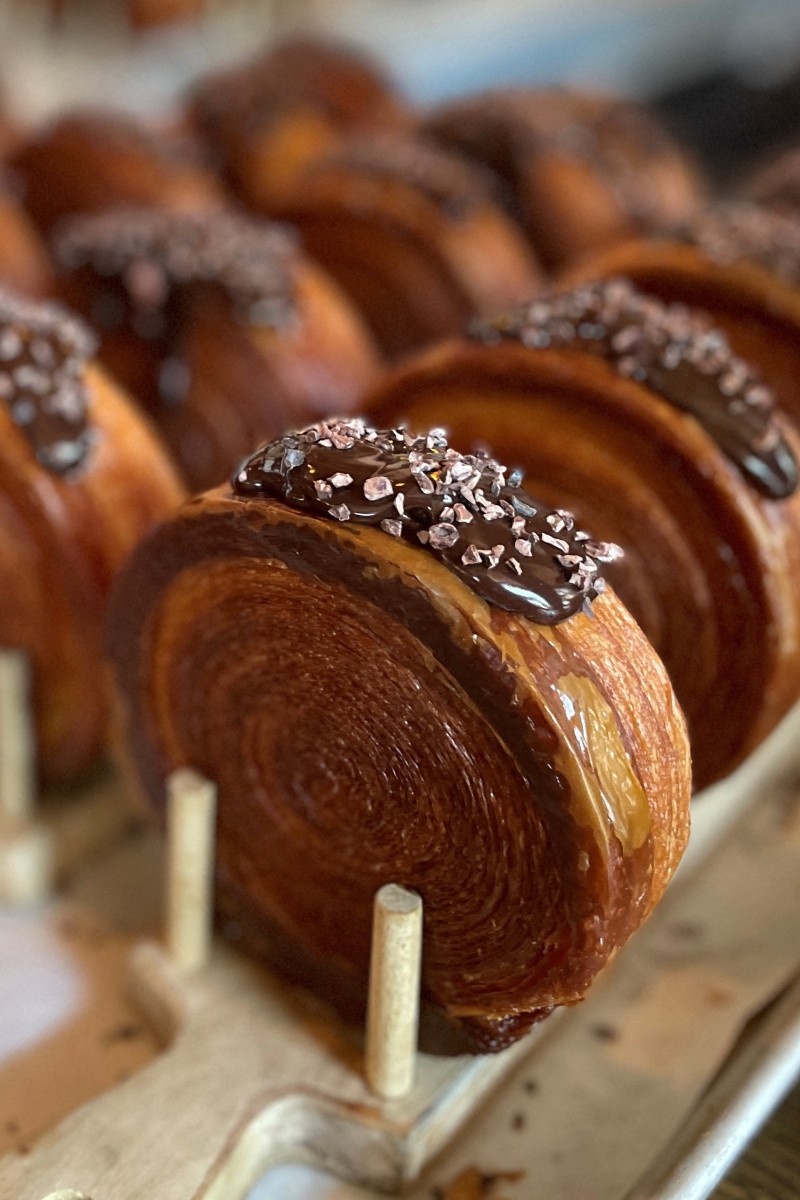 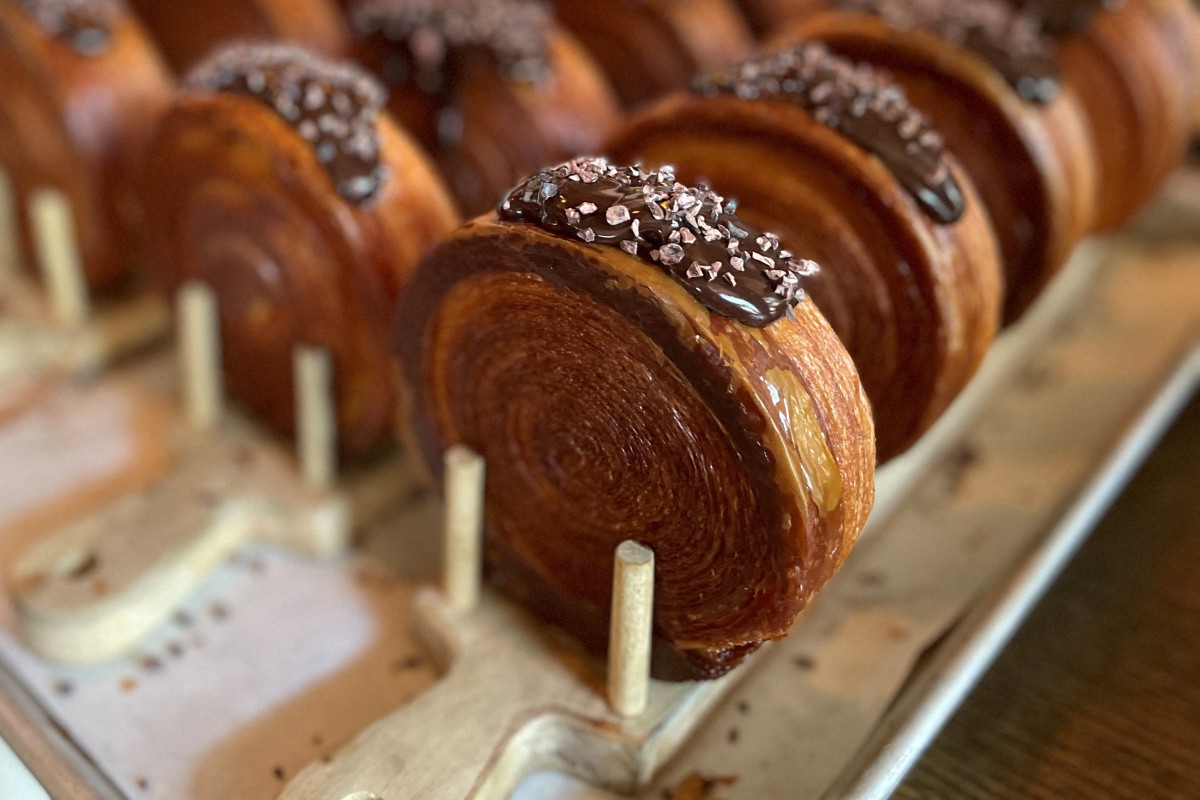 1. What does “it’s” in the sentence “And it’s taking over the internet” refer to? A. the internet B. Lafayette Grand Cafe & Bakery C. New York City D. a pastry

2. What is inside each Suprême croissant according to the podcast? A. custard B. icing C. cream D. jam

3. If something is “crumbly”, it … A. easily breaks into tiny pieces B. has a hard outer layer C. is fairly soft and fresh D. is covered in a layer of oil

4. Which word can replace “hybrid” in the podcast? A. compound B. fusion C. merger D. jumble

5. According to the podcast, how are the Suprême and cronut similar? A. They were both created in 2013. B. They are both covered in a layer of icing. C. They are both a variation of the traditional croissant. D. information not given

6. What does it mean if something is “worth the hype”? A. It is talked about by many people. B. It is as good as everyone says it is. C. It is more expensive than expected. D. It is only popular with a certain group of people.

8. Which word can replace “scrumptious” in the podcast? A. mouthwatering B. yummy C. delightful D. all of the above

9. How many Suprême croissants is each customer allowed to buy? A. one B. two C. five D. unlimited

10. What does Scott Cioe do? A. He is a pastry chef in New York. B. He is the manager of a cafe in the city of Lafayette. C. He specialises in creating new recipes for restaurants. D. He trains amateur bakers at a culinary school.

11. How many people helped create the Suprême croissant? A. one person B. a pair of bakers C. three people D. more than three people

12. How long does it take to bake one Suprême croissant in the oven? A. 30 minutes B. three hours C. three days D. information not given

13. When is the pastry cream added to the croissant? A. before it is baked B. while it is being baked C. after the baked croissant has cooled down D. as soon as the croissant comes out of the oven

14. Which Suprême croissant flavour do most customers identify Lafayette Grand Cafe and Bakery with? A. pain au chocolat B. pistachio C. rose berry spritz D. none of the above

15. Which of the following best describes this podcast? A. narration B. advertisement C. commentary D. interview

Voice 1: There’s a new pastry in town, and it’s taking over the internet. Meet the Suprême: a heavenly, cream-filled croissant topped with hardened icing and a crumbly topping that debuted at New York City’s Lafayette Grand Cafe and Bakery in April.

Voice 2: Some describe the round pastry as the next cronut, the mouthwatering croissant-doughnut hybrid that dates back to 2013 – and others insist the new, flaky treat is “worth the hype”.

Voice 1: The Suprême has garnered countless fans in-person and across social media in recent months. The croissant has gone viral on TikTok, Instagram and more – with many sharing footage of themselves biting into or tearing apart the delicious pastry. Customers have also reportedly queued outside the New York bakery hours before opening in hopes of getting their hands on one. The buttery, scrumptious pastry is so popular that the bakery has to limit each customer to two croissants.

Voice 2: What’s the secret behind these delectable desserts? Lafayette’s executive pastry chef Scott Cioe broke down the creation, made by a team led by him and baker James Belisle. Each Suprême is a three-day process, made with croissant dough that is moulded to get its round shape. After it is baked and cooled, each one is filled with pastry cream.

Voice 1: In addition to the pain au chocolat, which is the bakery’s signature flavour, Lafayette has released others including chocolate, pistachio, rose berry spritz and more. So what are you waiting for? Get your hands on one before they are all sold out!