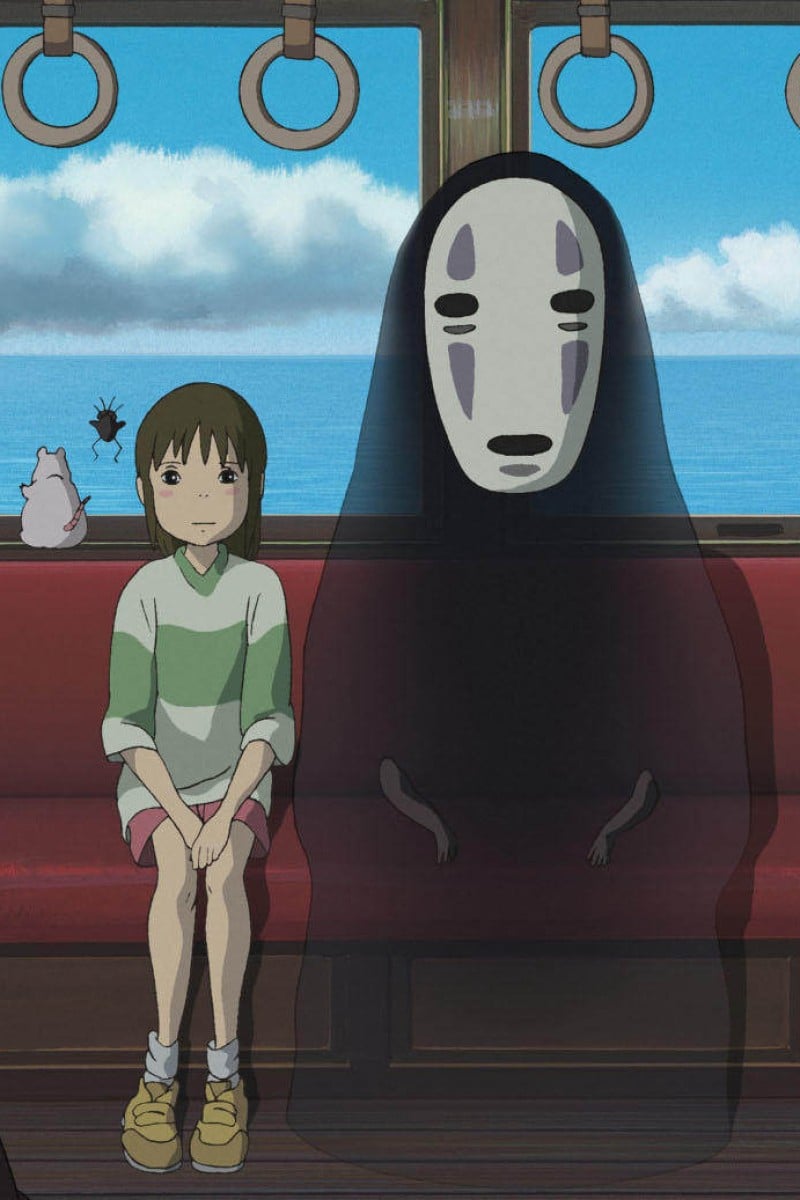 5-minute listening: From Spirited Away to Castle in the Sky, here are 5 best-loved movies from Miyazaki

24 mins ago
Letters to the EditorsFifa World Cup Spirited Away is one of Miyazaki’s most popular movies. Photo: Studio Ghibli
SCMP Young Post · Listen Up: 5 best-loved movies from Miyazaki (Adapted from Agence France-Presse)

1. Where exactly is Ghibli Park located? A. Okinawa B. Tokyo C. Nagakute D. information not given

2. If something is “fantastical”, it is ... A. silly or unreasonable B. strange and wonderful C. not unusual or different in any way D. likely to upset other people

4. What are the main characters in Castle in the Sky searching for? A. a special cloud B. air pirates C. adventure D. a castle

5. If someone is “on your tail”, they are ... A. afraid of you B. putting you in a dangerous situation C. following you closely D. annoying you with their actions

6. What film does the podcast compare My Neighbor Totoro to? A. Alice in Wonderland B. Castle in the Sky C. The Lion King D. Spirited Away

7. According to the podcast, which of the following best describes Totoro? A. It is a shy spirit that hides in the trees. B. It is a fearsome creature that guards the forest. C. It is a friendly magical being that lives in the woods. D. It is a strange, tiny animal that can be found in bushes.

8. Which Ghibli film character became so popular that it was adopted as a symbol of the animation company? A. San B. Totoro C. Pazu D. Sophie

9. Which of the following themes is not explored in Princess Mononoke? A. climate change B. effects of industrialisation C. environmental destruction D. none of the above

10. Which word could replace “clashes” in the podcast? A. encounters B. accidents C. battles D. collisions

13. What happened to Chihiro’s parents at the end of Spirited Away according to the podcast? A. They were banished from the spirit world. B. They remained as animals. C. They were forced to work as slaves. D. information not given

14. Whom did Miyazaki have in mind when he produced Spirited Away? A. young women B. animal activists C. environmentalists D. the elderly

15. Which of the following could be used as a headline for this podcast? A. “Miyazaki’s films ranked from best to worst” B. “A brief history of Studio Ghibli” C. “How Miyazaki changed animation forever” D. none of the above

Voice 1: Studio Ghibli fans can visit the Ghibli Park in the Japanese city of Nagakute. There, they can immerse themselves in the fantastical worlds dreamed up by director Hayao Miyazaki and his colleagues. Studio Ghibli was founded in 1985 by Miyazaki and fellow director Isao Takahata. For those who are unfamiliar with Miyazaki’s works, here are five of the most beloved films from the celebrated Japanese animator.

Voice 2: Castle in the Sky was Studio Ghibli’s first animated feature and remains one of its most popular. Released in 1986, the film follows two orphans, Sheeta and Pazu, in their quest to reach a mythical castle in the clouds. The adventure is laced with danger, as air pirates and the military are on their tail, but it also serves as a deeper meditation on how technology influences our lives.

Voice 1: Probably the best-known of Miyazaki’s films is My Neighbor Totoro. Shades of Alice in Wonderland are found in this tale of two sisters who go to live with their father in the countryside and discover an enchanting world of strange happenings and oddball creatures, including the lovable woodland spirit Totoro. An instant classic, delighting audiences in Japan and abroad, Totoro first aired in 1988, and the massive cuddly creature has since become the Studio Ghibli mascot.

Voice 2: In Princess Mononoke, another box-office smash in Japan, Miyazaki explored how industrialisation had destroyed nature. Released in 1997, it tells the tale of Ashitaka, a young prince, and San, a girl raised by a wolf goddess in a forest where fearsome clashes play out between gods and humans.

Voice 1: Scooping the 2003 Oscar for best-animated feature, Spirited Away follows a 10-year-old girl, Chihiro, whose family moves to the suburbs. She accidentally wanders into a world of spirits and finds her parents turned into pigs – forcing the young heroine to combat the spirit world with a courage she never knew she possessed. Miyazaki once said the film, which was released in 2001, was made especially for the daughters of his friends.

Voice 2: In Howl’s Moving Castle, Sophie, the young female protagonist of this film is transformed into an old lady under a witch’s spell. A wizard named Howl and his troupe that live in a walking castle are Sophie’s only hope. Howl’s group includes Calcifer, a fire demon. This enchanting film, which was released in 2004, brought Miyazaki a second Oscar nomination.