The pair each received Zenger Awards, an annual prize presented by the University of Arizona's journalism school 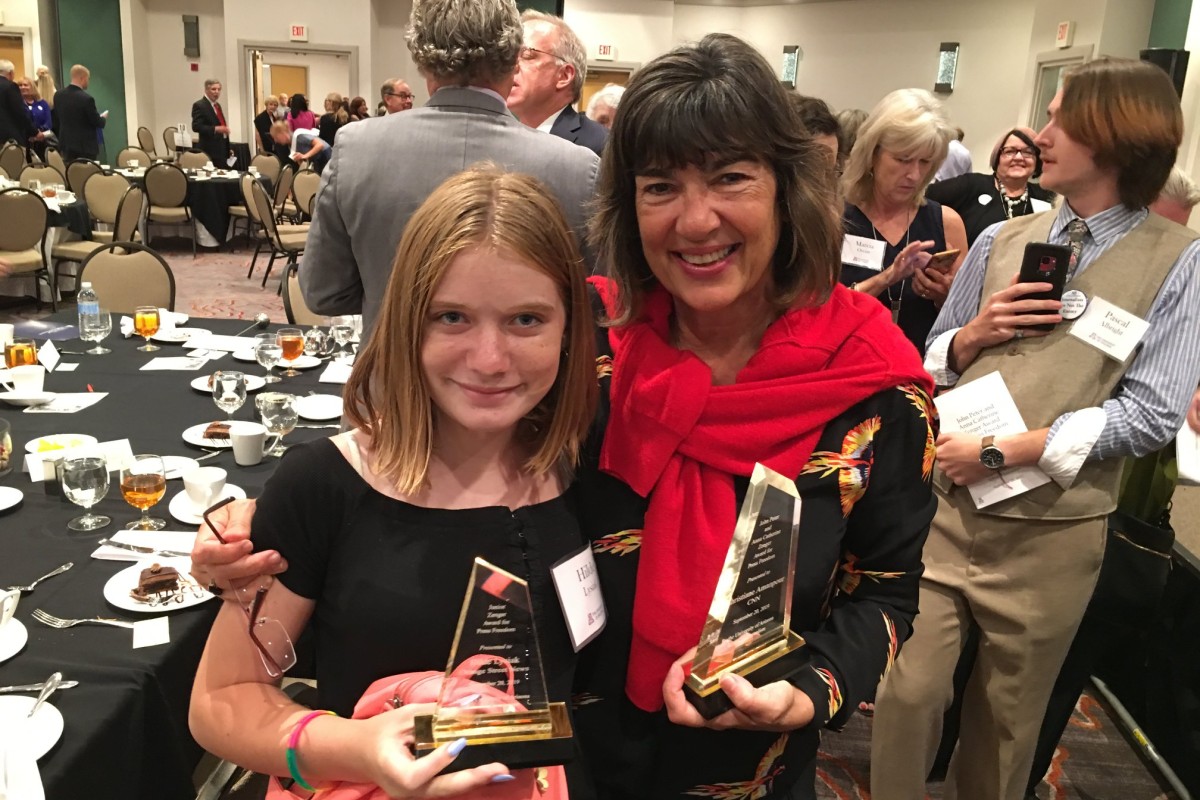 Twelve-year-old Hilde Lysiak has been awarded a junior version of an annual prize handed out to some of the biggest names in news media.

The University of Arizona, in the US, presented the Junior Zenger Award for Press Freedom to her on Saturday at a ceremony that also honoured CNN's Christiane Amanpour.

The University of Arizona's School of Journalism has given out the award since 1954. It is given to a journalist who fights for freedom of the press and the people’s right to know.

Hilde posted news of her achievement on her newspaper's Facebook page.

Hilde set up her newspaper, the Orange Street News, in December 2014, with a little help from her dad, a former journalist. Despite her age, she deals with serious stories. In 2016, when she was just nine years old, she broke the story of a homicide in her hometown of Selinsgrove, in the state of Arizona, interviewing witnesses and locals hours before other news outlets had ever reached the scene.

Earlier this year, she again made international headlines when she posted a video of a police officer incorrectly telling her it would be illegal to post a video online in which he threatens to arrest her.

Are you a Junior Reporter yet?

Hilde is the youngest member of the US' National Society of Professional Journalists. Recently, she had an exclusive interview with former US First Lady Michelle Obama.

Amanpour is CNN's Chief International Correspondent, She joined the news agency in 1983