Playing in Hong Kong for the first time, this musical combines cultural elements from around the world with a well-known, heartwarming story 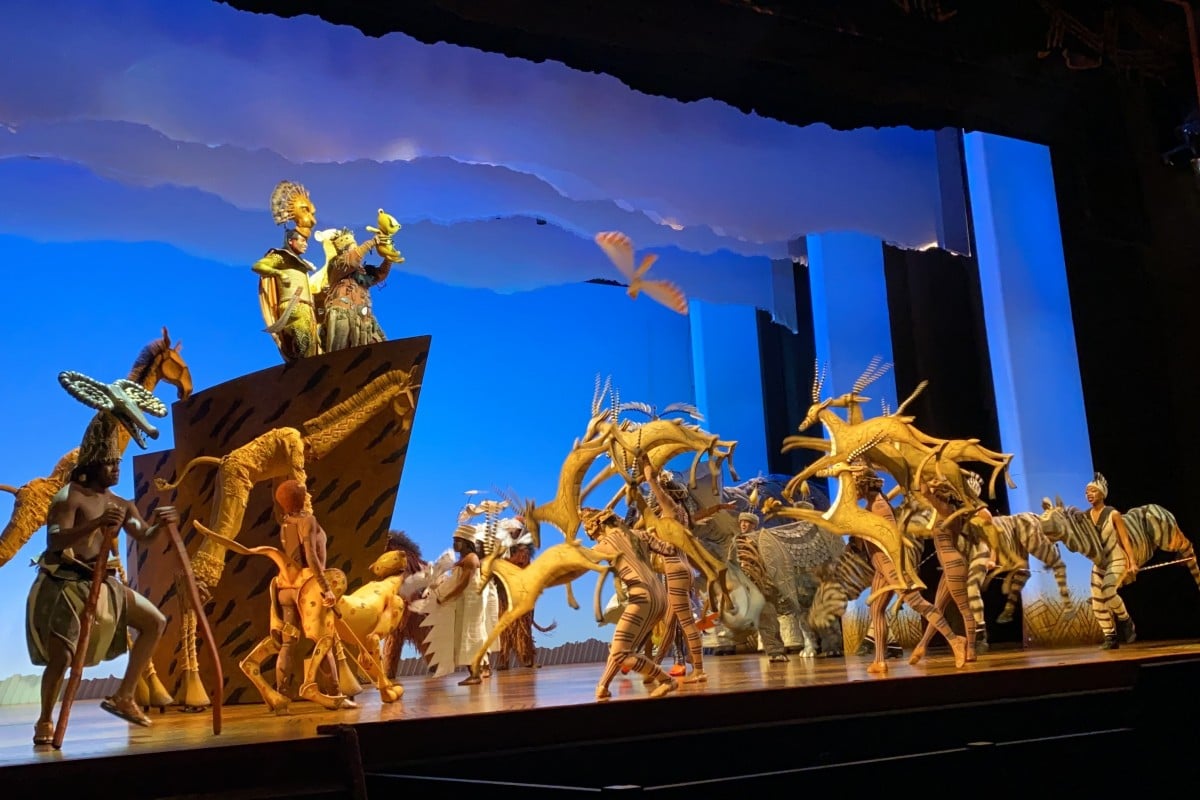 Last week, junior reporters got a sneak preview of The Lion King, the latest musical to arrive in Hong Kong. Stepping behind the scenes at AsiaWorld-Expo, we also got the chance to interview the cast members and creative forces behind the show.

When asked to use one word to describe the musical, resident director Omar Rodriguez says immediately: “Amazing!” He adds: “There are no other words to describe the show. Even if you have watched the show before, you will have another experience.”

There is a mix of different cultural elements within the show, including Asian themes. “All the physicality that you will see in the show comes from Indonesia,” Rodriguez says. “It’s from the Balinese-Javanese technique.” The actors joined workshops with experts from Indonesia to learn it.

Meanwhile, the puppetry used in the show is Japanese, derived from an art form called Bunraku. Each actor can be seen behind the puppets, controlling them with their head and one arm. This allows them to move freely and convey emotions using facial expressions.

Local elements have also been incorporated into the show. For instance, in the Singapore production, Rodriguez says you will find some local words and references. “It is our job to look for those local things from Hong Kong,” he adds.

Both the musical director, Andy Cassey, and the dance supervisor, Theresa Nguyen, emphasise that producing the show requires a combined effort.

“The music often creates an atmosphere on its own, which fills and informs the scene,” says Cassey. “But without the addition of the dance and the story we don’t have anything. So it really is a conglomerate of collective forces working together.”

“We have an amazing crew, an amazing technical team that enhances what we do,” says Nguyen. “The sound guys, the lighting guys, the costume and wardrobe department. We all work together.”

Cassey says these are the people the audience doesn’t see.

From The Little Mermaid's Sebastian to Russell from Up, Team YP picks which Disney character they would put in The Lion King

The show is a journey of emotions, from the romantic scenes like Can You Feel The Love Tonight to the bold, majestic ones such as show opener Circle of Life. When asked how he switches between these different moods, actor Jordan Shaw – who plays Simba – says: “I think it’s just about truly understanding the moment and the storytelling.”

For instance, in the number Can You Feel the Love Tonight, his focus is “purely on Nala, being completely infatuated, missing my best friends and also experiencing this rush of love”.

Mthokozisi Khanyile, who plays Mufasa, has this advice for up-and-coming actors on how to convey a character: “Focus on the story. Focus on what you are trying to achieve, what you want to get out of the scene, because there’s always a subtext, there’s always a desire that a character has and an obstacle which is blocking him from getting that … so just focus on the subtext of the story and what the character needs.”

Working on stage means making choices on how to adapt things from film; using puppetry to play an elephant is one example.
Photo: Kai U Cheang

Ntsepa Pitjeng, who plays Rafiki, the wise, motherly figure who guides Simba throughout the story, says that her experience as a new mother helps her understand her character. “I understand what she’s trying to do in the story … she’s just loving and she guides Simba on a journey of self-discovery, and I would like to think that I will guide my son.”

Khanyile also feels his character has affected his personal life.

“When I started building my character and my relationship with the ancestors and the afterlife, and how that affects us in the physical world, I became a much more spiritual person,” he says.

Portraying Mufasa, a stoic character, has also taught him the importance of calmness and reflection.

“You don’t have to do the most all the time. Sometimes just your presence and your stillness will help you find the answers that you need.”

So what is the main message of the production?

The Lion King runs until January 12.