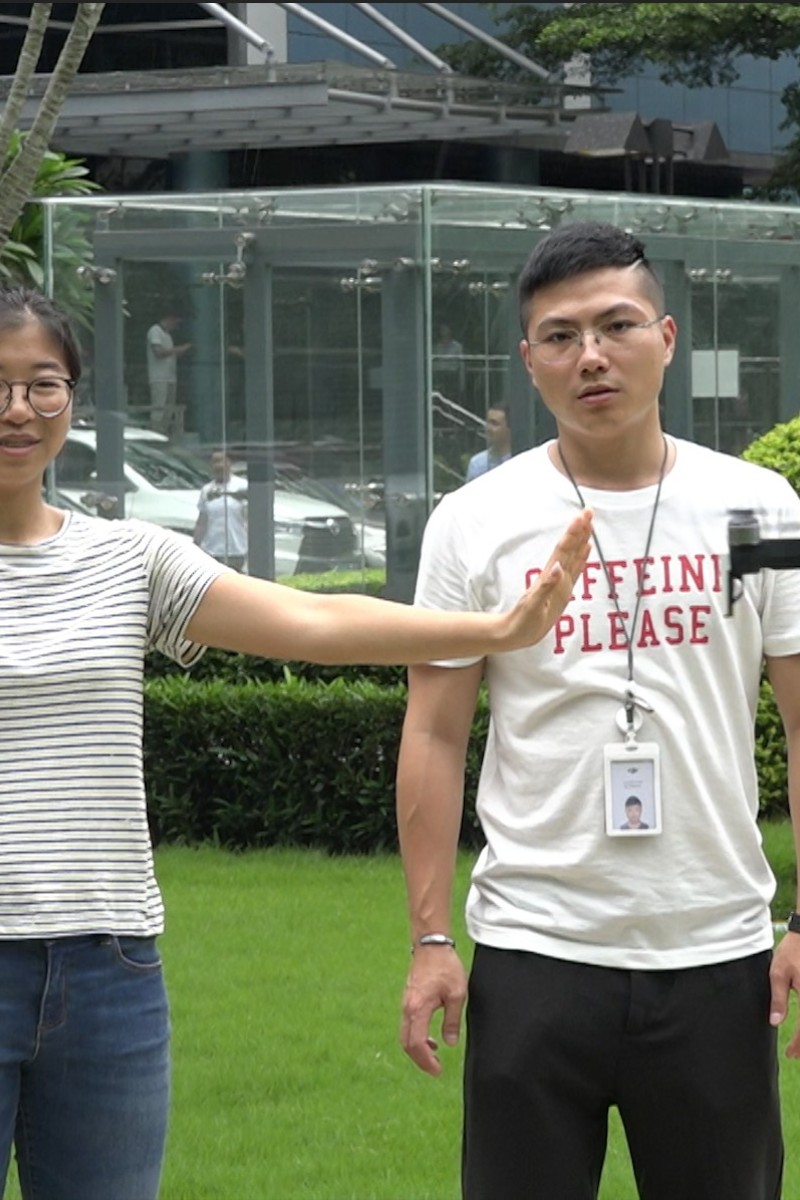 Ngai Yeung
Ngai Yeung, born and raised in Hong Kong, is studying journalism and political economy at the University of Southern California, and is working at the Post as a summer intern. She was previously a Young Post Junior Reporter and reported live from HKDSE results day, the June 4 vigil, and the Mantas International Swim Meet.
expand
Comment
Copied 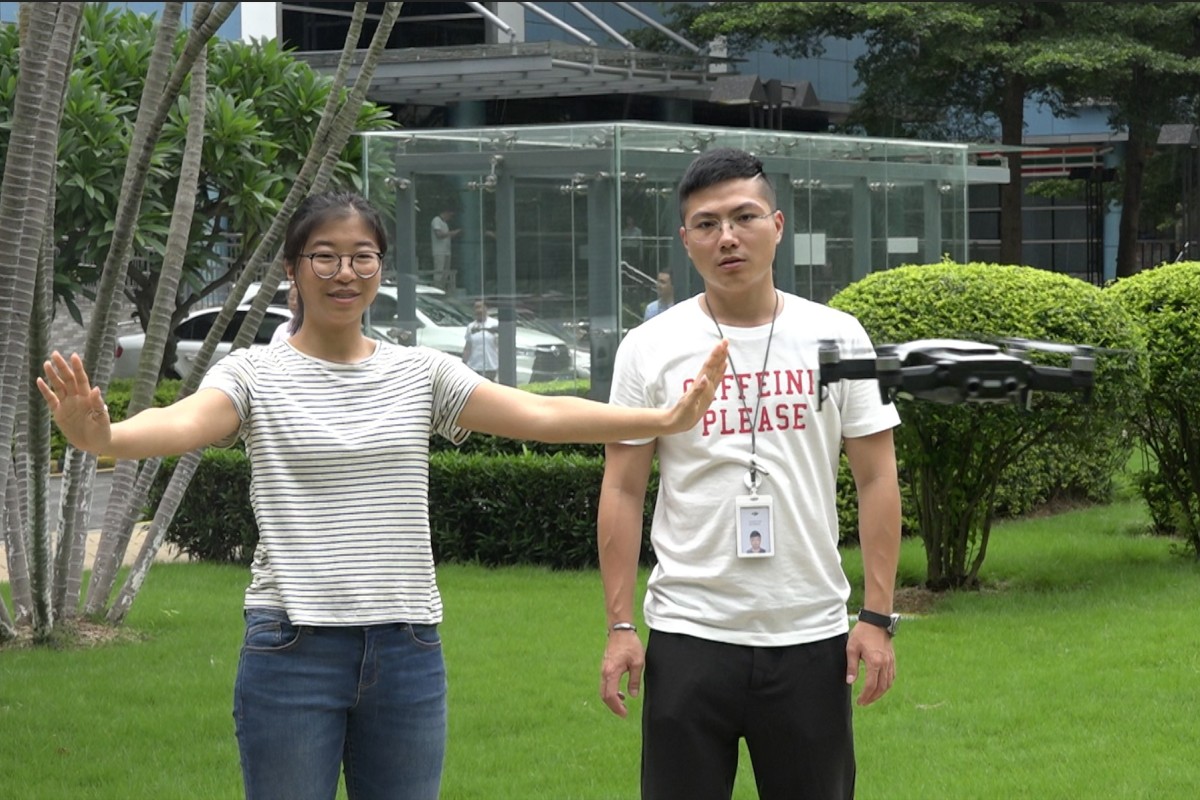 YP cadet Lauren learned how to fly the Mavic Air with hand gestures.

What’s all the hype about drones? A couple of weeks ago, we sent Young Post cadets Ngai Yeung and Lauren Faith Lau to hop over to Shenzhen, where leading drone company DJI have their flagship showroom, to find out. There, they were about to test fly their latest drone model and find out how drone technology can be used.

DJI (Da Jiang Innovations) is the world’s largest consumer drone company and the pioneers of aerial photography and drone technology. The company was founded by Frank Wang in 2006, who was 26 at the time. He was crazy about flying objects, and spent much of his childhood building toy models. He developed an obsession for helicopter drones and wanted to make a career out of it.

Drone technology has been taking the world by storm for years now. Not only do people use it for filmography and racing, but various entertainment, rescue, and construction companies also rely on the technology. We even learned about a turtle farmer who thought of using drones to keep count of the eggs being hatched on his farm, without having to risk stepping on the eggs. The uses are only limited to your imagination.

What it takes to perfect drone racing

The showroom showcased the evolution of an entire series of drones, with revised version after version all lined up in a row. Although they looked more or less the same, each new version boasted a higher-quality camera and more functions than the last.

After the tour came the most exciting part: actually flying the drones. We were given a simple-looking device to use, similar to a video game controller but without any buttons – just two joysticks, one on each side. The one on the left controls the drone’s rotation and vertical movement, and the one on the right controls its direction. I

n just a few minutes, we had learned how to move the drone around and we were rewarded with a breathtaking aerial view of the area around us, as the drone’s camera feed was streamed to a phone strapped to our controller.

As if that wasn’t cool enough, we got to try the DJI Mavic Air next, which can be controlled with just a wave of the hand – no joystick in sight. The experience was surreal: imagine bossing robots around with hand gestures like Marvel’s Tony Stark. The drone followed our commands as we moved around the outdoor area outside the showroom. A simple flick of the hand could send the drone flying backward or forward. There was a point where the drone nearly hit one of us in the face – but thanks to its highly-sensitive sensors, it immediately knew when to stop and hovered in front of us instead.

YP cadet Ngai found out that controlling a drone is not as easy as it looks.
Photo: Alejo Rodriguez Lo/SCMP

Simply pointing at the ground made the drone land, which it did so without scratching a single part of its body. We found hand gesture piloting to be even easier than using the controller. Even though a remote control is needed to fly a drone high in the sky, walking around with our palms spread out and having the robot follow us was a lot easier.

DJI wants to make drones accessible to more people, as they reject the view that the advanced technology is too complicated and confusing to use. That’s why they came up with hand gesture piloting.

Drone technology continues to undergo rapid development even now. More companies than ever before are investing in its advancement. All this competition is good news for us as prices are driven down – now a micro drone costs as little as HK$200.