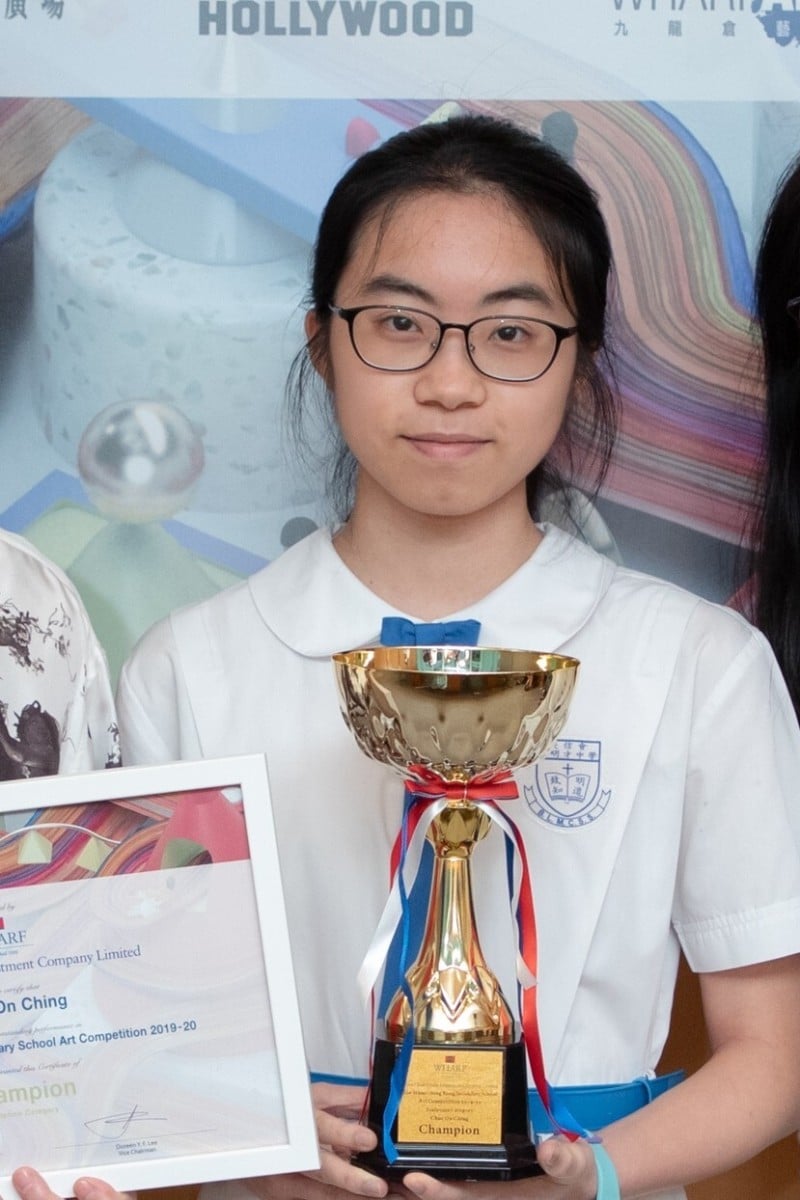 19 mins ago
LivingAsking for a Friend Chue On Ching hopes to spread the message of environmental awareness with her sculpture, ‘Self-reliance’.

Ching Chue On, 17, of Baptist Lui Ming Choi Secondary School, won Best Sculpture in the Sculpture Category of the Wharf Hong Kong Secondary School Art Competition. In an interview with YP, she told us about her winning piece, the thought process that went into it and how she used this medium of art to spread environmental awareness to the community at large.

Chue did not expect to win, saying “this is my first time getting a big prize.”

She was encouraged to join the competition by her teachers last year, but this year the competition accepted both painting and sculpture entries, giving students the opportunity to use different mediums to create their work. Chue was very interested in trying her hand at making a sculpture and felt compelled to participate.

When it comes to the source of her inspiration, Chue explained that “a lot of Hongkongers order takeaway food, and all the plastic packaging is thrown away after they finish their meal, which is all a waste”, so she chose to make a statement about the environment as her theme.

Chue’s artwork demonstrates the impact of plastic on the environment.

Chue was inspired by the news she’s seen about plastic pollution; the most poignant part for her is knowing that plastic is found in a fish’s stomach when they are cut open. This knowledge shaped her idea and sculpture.

The piece is made of two parts, a fish and a human, using different materials. Chue explained that the fish is made of plastic objects, including plastic utensils, bags, straws and other items, because it is more eye-catching and symbolic of the idea that “the rubbish in the sea is mainly plastic”.

The fish represents “all the animals eating the plastic people throw out to sea,” she said. Chue noted that the human is made of vinyl because humans eat plastic indirectly and she wanted to use something more original.

The person’s face contains fishbones and has been arched because the person is scared and worried when they realise that they have eaten a fish containing plastic, Chue said. She intentionally made the lower part of the person open so people can see their ribs and the plastic they have swallowed, showing that humans’ selfishness and inconsideration for the environment has harmed themselves in the end.

The name of the sculpture is ‘Self-reliance’, which emphasies the point that peoples’ diets rely on eating fish from the ocean, yet this causes both the fish and humans to end up ingesting plastic. Her message to viewers is to spread environmental awareness to others and encourage people not to throw their rubbish into the ocean.

When making the sculpture, Chue encountered a few difficulties, saying “it is hard to collect waste plastic and put everything together to make the artwork visually attractive”. Thankfully, her family and teachers provided support and helped her find waste and other plastic materials. She said she was also nervous that the ceramic element of the sculpture would explode under the weight of the piece, since it is quite big.

While winning the prize was definitely a treat, Chue feels that the process of making the sculpture was the highlight of the competition for her, as she learnt how to find the materials to complete her work and how to match them together. She said she has also broadened her horizons by seeing and appreciating other people’s artwork in the competition.