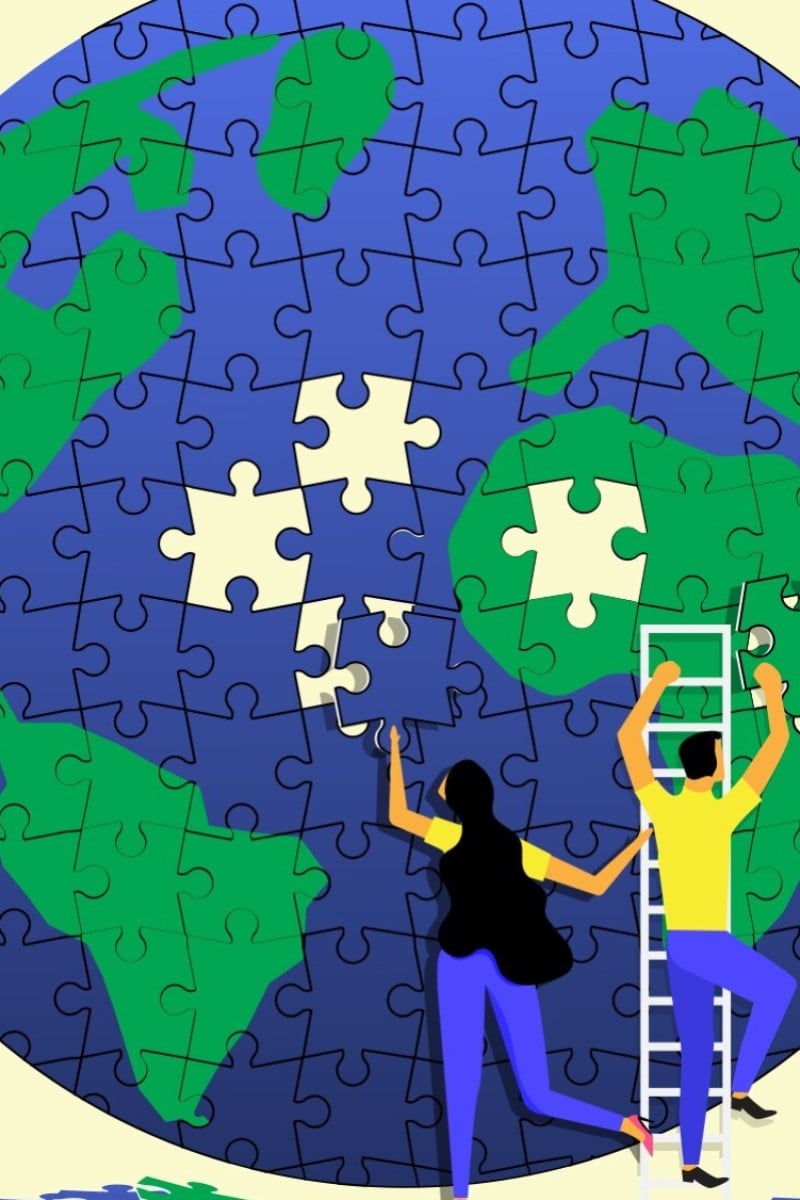 Climate activism, Asian representation and racism – these teens are driving these conversations, and much more 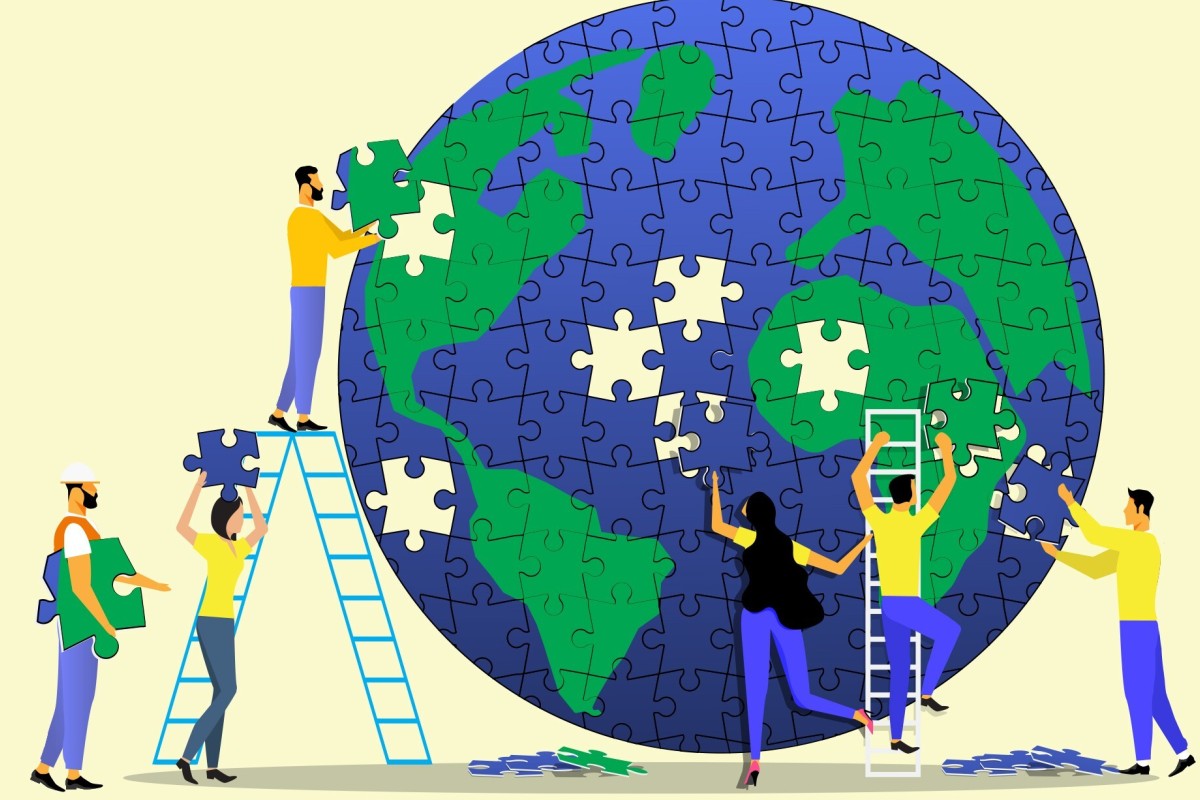 We speak to five teens creating their own solutions to the world's puzzles.

As teens, it can feel daunting to tackle the issues that we care deeply about, from climate change to Asian American representation. How can we mobilise, and turn our motivations into action?

These five teenagers were able to do just that. They share their motivations, struggles, and tips on starting initiatives – and how you can, too.

Iris Zhan. Photo: Fei XiaoAfter seeing the lack of climate awareness in her community and being unable to physically strike from school, 16-year-old Iris Zhan, a student at River Hill High School in the US state of Maryland, decided to start Fridays for Future Digital: a campaign to climate strike digitally. It is an offshoot of FridaysForFuture, the movement founded by Swedish activist Greta Thunberg.

“Getting the first few people to join was difficult. People didn’t understand the importance of digital striking and how it would make a difference,” Iris told Young Post by email.

“We countered all of this by building some real strategy ... each week we highlight a different issue and list tangible demands.”

Today, the FFFD team includes almost 200 youth from around the world. The group has mobilised thousands of people to raise awareness, with nearly 9,000 followers on their Instagram.

They’ve partnered with Polluters Out and Extinction Rebellion in campaigns, digital strikes, and much more to achieve their goals of engaging with the climate movement, making it inclusive, educating people on climate science and justice, and putting pressure on institutions to change.

Arden Yum. Photo: self-portraitArden Yum, 17, grew up without ever feeling she had a space with many Asian role models – as a Korean attending Trinity School in New York City, she felt that she didn’t belong in the academic, creative, and professional realms that her white peers were immersed in.

“The idea for The Peahce Project had always been in the back of my mind: a space for young Asian people to both share their stories and take inspiration from others’,” Arden said by email.

She set up her initiative in the summer of 2019, her racial and cultural identities strengthened after spending a year abroad in Hong Kong.

Arden describes her platform as an online space where Asians can feel a sense of “solidarity, community, and support, through the media forms of interviews, art, and writing.”

Though she faced a discouraging start, with many of her email requests going unanswered, The Peahce Project now has more than 20,000 followers on Instagram, and the website features 26 interviews to date. Previously working alone, Arden has recently expanded her team to include 50 Asian youngsters all over the world.

Inspired, they went on to create the Inter-School Social Issues Association in 2019: a platform and inter-school magazine where “student voices are heard and represented.”

At first, Reese said, “For the first few months, the team and I struggled to orient our organisation around a single ... we tried to tackle too many things at once.”

But the creation of the inter-school magazine was what served as an anchor and branching-off point for the rest of their projects.

ISSIA now regularly publishes articles on its website and social media, releases podcasts, and conducts surveys. It has grown to involve more than 130 staff members from over 28 schools in Hong Kong, with contributors from more than 10 countries.

“I hope to further establish ISSIA as the pre-eminent platform for civil discourse on social issues,” says Reese.

Last August, Ali had the idea of creating Count Me In (CMI), an app which would allow users to “meet” online before an event, then attend it together. After months of development and planning, however, the pandemic struck.

“There were no events going on – no festivals, no concerts – the entire idea of Count Me In was pretty much in the garbage,” Ali told us over a video call. Undeterred, she turned to virtual events – ones that anyone could host or attend.

In the first few weeks, most participants were her close friends: “I was so excited when there were even two attendees!” she said.

Before long, though, CMI began to grow, exceeding Ali’s every expectation. She recently hit a major milestone, having more than 2,000 Vibe Tribe members (her name for the community of hosts and attendees she’s built) from 500 cities, 5,000 event bookings, over 570 events, and more than 20 brand ambassadors who both host and attend CMI events, as well as share them with their circles. “Sometimes, it’s so unreal to me,” said Ali. “I feel like I’ll wake up one day and it’ll all just be a dream.”

Natasha Leong – Amidst a Pandemic

Natasha Leong. Photo: self-portraitWhen 17-year-old Natasha Leong, a student at Deerfield Academy in the US state of Massachusetts, saw the surge of racism and xenophobia faced by many Chinese and East Asians when the coronavirus first started, she knew she wanted to do something to counteract that negativity.

“I wanted to create something meaningful, something to help people feel more connected to others during this pandemic,” Natasha told us by email.

“If more people had access to a wider variety of perspectives, they would realise that we’re not so different after all … it would inspire a sense of connectivity, solidarity, and empathy.”

Back home in Hong Kong, Natasha founded Amidst a Pandemic in April, a website with stories about individuals from all walks of life.

It was not all smooth sailing.

“There were definitely times when I felt like quitting… for every person that agreed to be interviewed, one would turn me down,” she says.

However, she was flooded with support from many of her peers and friends, and she attributes much of her platform’s success to them and her team of writers and interviewers.

So, you want to start your own initiative?

“In a few years, our generation is going to be leading the world. You don’t have to have the solution for curing cancer or ending climate change,” says Arden.

“Every initiative and organisation started somewhere.”

Natasha shares a similar sentiment, advising peers with an idea to create a detailed plan of action and to reach out to friends or family members for help.

“If anyone should start an initiative, it should be students,” says Ali. “They are the perfect blend of having the passion, time, and resources to do it.”

Reese points out that the flexibility we have as students is something we will “seldom have in later stages of life”. He encourages others to use their networks, stick to their vision, and identify their “unique selling point”, something that was also noted by Iris.

“The key is to not reinvent the wheel,” she says. “Don’t try to create something that already exists, but instead look at what is missing and what niche you can fill.”

So if you have an idea, don’t be afraid to explore it. In other words, as Ali succinctly put it: “Just do it!”