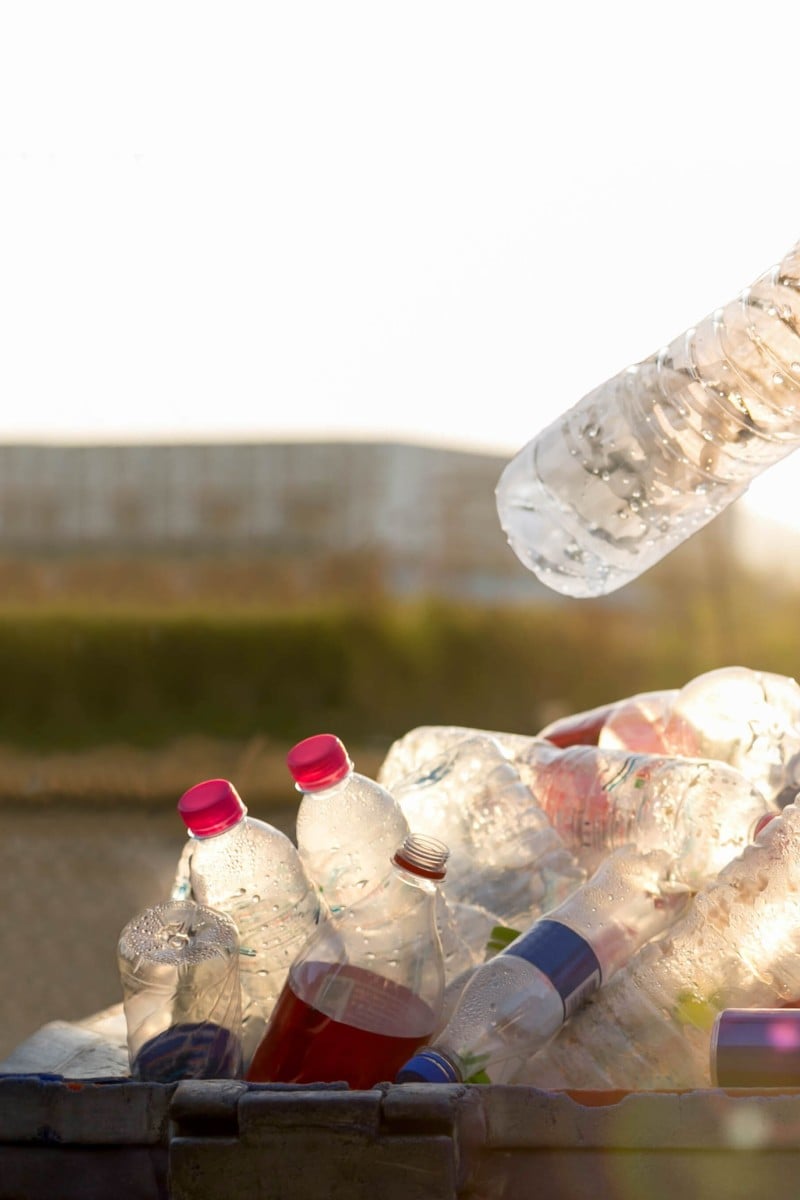 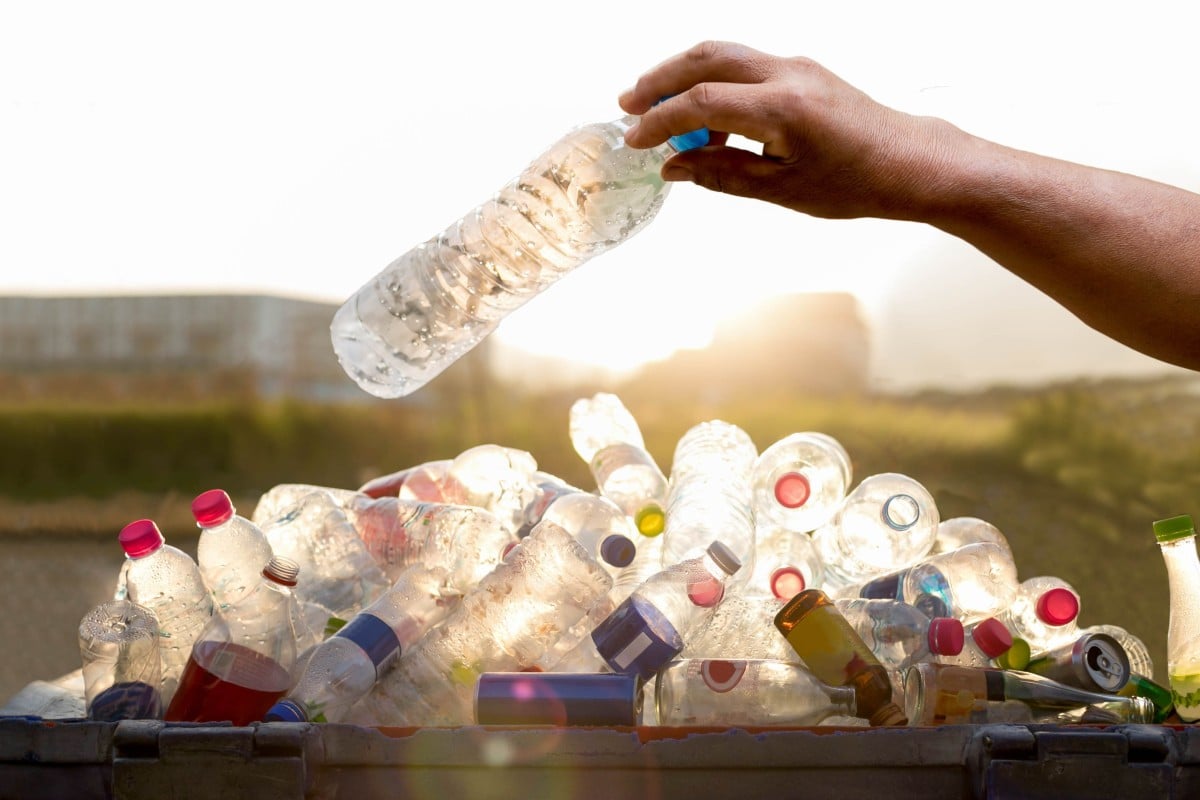 The Hong Kong government is looking at a scheme that would give people 10 cents for every plastic bottle they recycle, but is it effective?

The Hong Kong government announced on Monday that they are proposing a scheme that would give people 10 cents for each plastic bottle they return to a special recycling machine, in an attempt to increase Hong Kong’s low recycling rate.

We wanted to know what junior reporters thought of this proposal and asked them: Is it a good idea? Will it encourage people to recycle more? Will it affect your own recycling practices?

Here’s what they said.

It would certainly be a great incentive to encourage people to develop a sustainable recycling habit, while people like me, who already regularly recycle, will be more active. However, some might think that the 10 cent reward is too low, and the scheme might not be as effective as is hoped, but I am sure it will be a step that will prepare us for a bigger leap to a green future. Janice Mook, 16, Diocesan Girls’ School

I think this is a great idea! Giving a financial incentive shows the government truly cares and actually encourages people to return the bottles. This might even reduce trash in the streets and the people that already collect trash will be encouraged to separate bottles and recycle them. Belle See, 17, Repton International School

I think that this is a good idea in theory but I am not sure how much this will motivate people to recycle. Since the drinks that are sold usually cost much more that 10 cents or even 10 dollars, people may not feel it’s a good enough incentive. I do think it would be a good idea though, and even if not many people take advantage of it, it raises awareness about the importance of recycling. Personally, it won’t really affect me, as I don’t usually buy drinks in plastic bottles. Kirsten Kong, 15, Chinese International School

Single-use face masks pose an environmental issue for the city

The proposed plan will likely cost a fortune to implement, not to mention people can be hard to motivate. It’s well-known that the administrative costs associated with the Hong Kong government are sky high. I think the plan is impractical and that it would be difficult for the public to accept. A better idea to solve the problem would be with economic disincentives that would discourage people from creating waste in the first place. I will not be persuaded to participate in the scheme, thus it will have no effect on my current recycling practices. Joseph Yuan, 16, St. Joseph’s College

I would say the scheme is a good idea but the incentive is too low and it won’t motivate people whatsoever. It means you would only get a dollar for recycling ten bottles, and not many people would care about that. If it were a higher value, like 50 cents, it might be more encouraging. Right now I would say it’s going nowhere, and it won’t affect my way of recycling since I already do it, regardless of rewards. Karen Leung, 19, City University of Hong Kong

I think it’s a great idea and very overdue. People are usually more inclined to recycle when they have something to gain from it. Even a small value of 10 cents per bottle is likely to encourage people to dispose of their waste more responsibly. And, even when a bottle is left behind, it’s very possible that someone else will cash in on the waste and return it to a bottle deposit themselves. It would be nice to be able to get rid of plastic bottles and receive a bit of money for them.

My concern is that I’m not sure that this will reduce the use of plastic bottles on a large scale, since they are still available for purchase. If there were fewer plastic bottles on the shelves, I think that would make more progress and would be a better precedent to set. Hong Kong desperately needs a better solution to drive up recycling rates and reduce the amount of waste sent to landfills and energy reclamation. A bottle deposit scheme could be a good start, but we need to continue to innovate and think creatively if we truly want to restore and repair our environment on a local and global scale. Hannah Wan, 16, St Mary’s Canossian College

It's not uncommon for plastic bottles to end up in the ocean.

I think there are both pros and cons for this idea. The pro is that it will encourage people to recycle their plastic bottles. The con is that maybe people will only want the money, so they will buy lots of plastic bottles so they can recycle them. That’s a bad idea because it will only cause more trouble for the environment. The better idea is to cut down on how much we use them. It won’t affect the way I recycle, because I think recycling is something we need to do, and we shouldn’t earn extra money for it. Tania Cheng, 9, Po Leung Kuk Choi Kai Yau Primary School

I think it’s a fantastic idea. It provides a financial incentive for people to be more eco-friendly and encourages people to routinely return their plastic bottles to receive this money. I already recycle the plastic bottles I use, and I rarely use them because of the detrimental impact they have on the environment, so it won’t have a major impact on my own recycling habits. However, I’m sure it will impact what other people do. It’s an excellent idea that will greatly alleviate one major environmental problem in Hong Kong, and can mean fewer plastic bottles arriving at landfills and having a negative impact on the environment. Rysa Tahilramani, 16, Hong Kong International School

This is an encouraging idea; it’s certainly conducive to the widespread promotion of recycling and sustainability in Hong Kong. However, the long-term feasibility of this solution is debatable. One question that immediately comes to mind is whether this scheme will ensure long-term sustainability and nurture habits benefitting the environment among the people of Hong Kong, or whether it will merely be a short-term incentive for people to return plastic bottles for money, all the while continuing to engage in activities that harm the environment — e.g. using plastic straws, plastic bags, and consuming more electricity than necessary. Leila Zak, 14, Victoria Shanghai Academy

How to recycle everything in Hong Kong

Personally, I believe that this would be a policy initiative formulated with good intentions, but would have no real effect on citizens’ recycling habits in the long-run.

In a city like Hong Kong, people only seem to value monetary incentives to a minimal degree, and would prioritise the overall convenience of the recycling process as a whole. Unless the recycling process can be made extremely streamlined and accessible, perhaps going as far as having recycling collection points at every residential complex in Hong Kong, just the presence of regular recycling bins isn’t enough to sufficiently motivate residents to recycle a substantial amount of their waste.

In actuality, this often ends up being wishful thinking - the overall effectiveness of implementing this scheme on a large-scale would be subject to scrutiny, as a large amount of government funding would effectively have been employed while forfeiting funds in other vital areas, such as housing or dealing with the pandemic.

The proposal may also end up being abused, seeing as many elderly people under the poverty line often collect substantial amounts of recyclable materials to drop off at recycling centres. People may collect and consume purely to gain the 10 cent sweetener, instead of recycling purely out of goodwill. Fernandes Furtado Andrik Peter, 17, St Margaret’s’ Co-Educational English Secondary and Primary School

Have you tried reusing your plastic bottles? Here they are being repurposed as planters.

This might be a good idea, but I think the money given as a reward should also depend on the size of the bottle. For example, for bigger bottles, like 1L or above, people should get more than just 10 cents. Also, it depends on if the reward money is given in coins or electronically - 10 cent coins are not very useful, but many elderly people may not know how to use electronic money. These factors will all have an effect on the action.

I think this will encourage people to recycle, but it might be easier to have the bottle collection machines near housing estates so people don’t have to walk such long distances. This plan won’t affect my personal recycling practices, as we already separate our waste. We make sure to recycle and have our kitchen waste collected by a non-governmental organisation. Ma Jing-mao, 14, Carmel Pak U Secondary School

Being sustainable is not enough to save the environment

This is a good idea that could potentially lead to much needed gains in environmental protection. 10 cents may seem like an insignificant number, but I believe we shouldn’t underestimate the emotional response it can provoke.

According to the Hong Kong Government’s Environmental Protection Department website, after the 2009 Levy scheme that required customers to pay 50 cents for each shopping bag, the number of plastic bags distributed reduced significantly, by 80-90 per cent. Therefore, I believe the scheme would be a great incentive for people to recycle more. Personally, I would be more inclined to recycle, as it doesn’t hurt to have more pocket money! Yuhan Huang, 14, German Swiss International School

A plastic bottle return scheme would definitely be beneficial for Hong Kong. Not only will it discourage people from littering, but they will become more aware of the waste problem in our city. Following the example of other cities around the world, implementing such a scheme would surely benefit the community. Personally, I would also appreciate a monetary acknowledgement of sorts for my own recycling practices. Achudha Bala Selva Sathish, 16, St. Margaret’s Co-educational English Secondary and Primary School