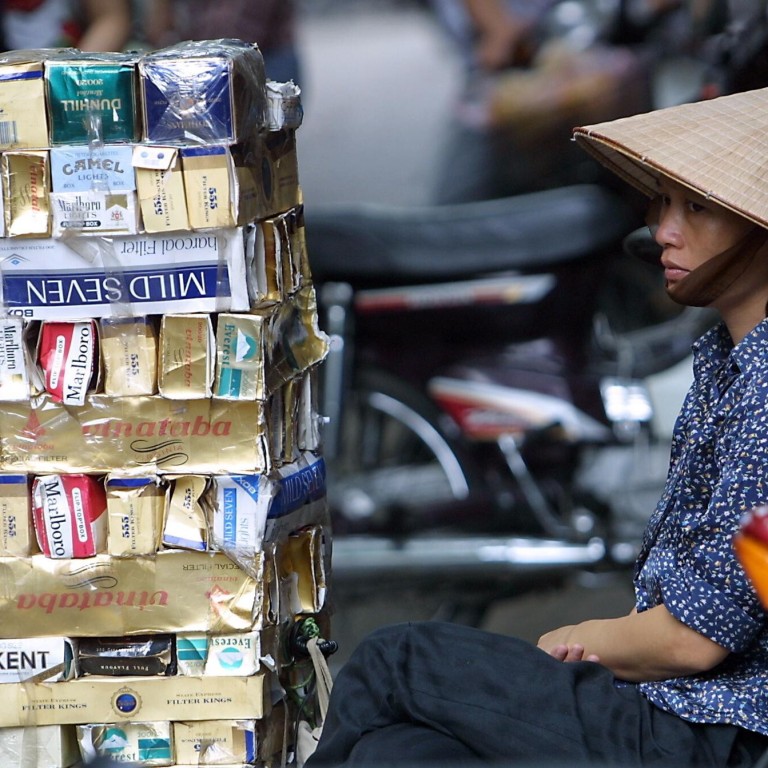 A cigarette vendor sits behind a pile of empty cartons of foreign and local cigarette brands on a Hanoi street on May 31. Vietnamese smokers can easily buy foreign brands at low prices thanks to persistent cigarette smuggling carried out through Vietnam’s borders with Laos, Cambodia and China. Photo: AFP

The View by Daniel Malan

State-owned companies complicate the global fight against tobacco use 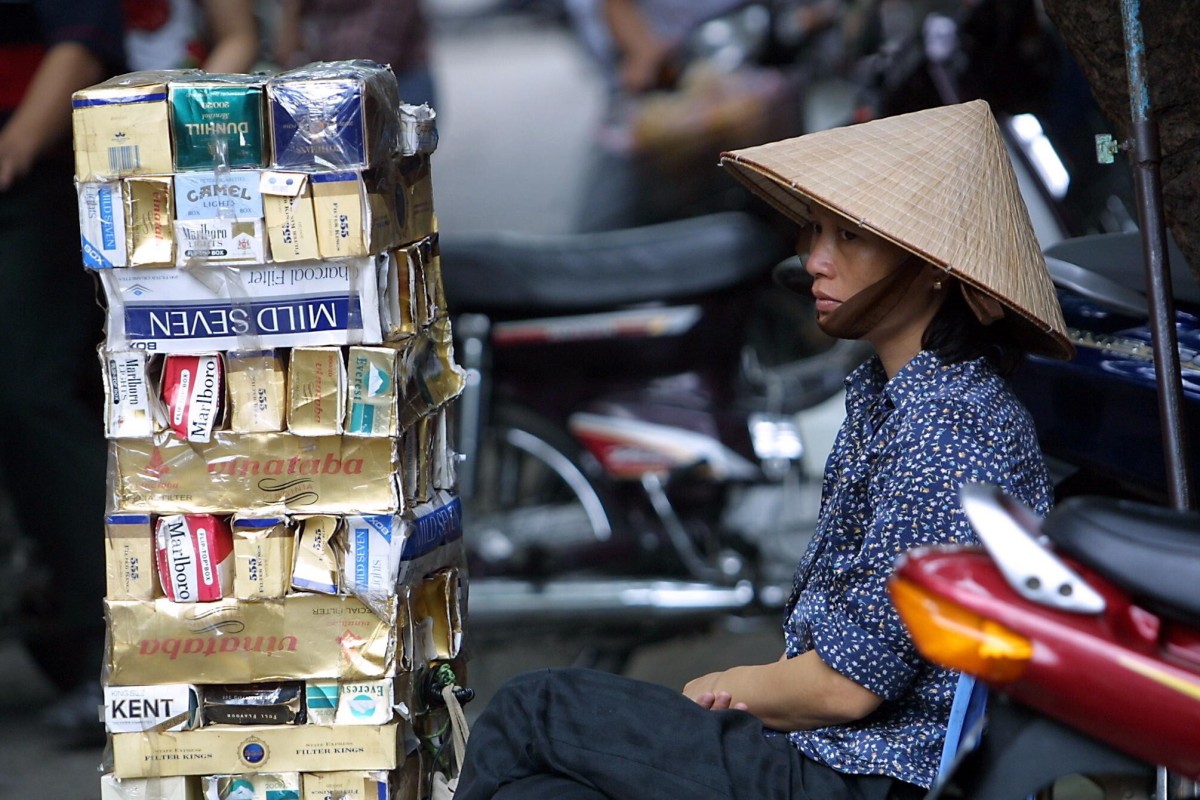 A cigarette vendor sits behind a pile of empty cartons of foreign and local cigarette brands on a Hanoi street on May 31. Vietnamese smokers can easily buy foreign brands at low prices thanks to persistent cigarette smuggling carried out through Vietnam’s borders with Laos, Cambodia and China. Photo: AFP
Global attempts to fight the tobacco epidemic are spearheaded by the World Health Organization’s Framework Convention on Tobacco Control (FCTC). In force since 2005, the FCTC seeks to protect present and future generations from the devastating health, social, environmental and economic consequences of tobacco consumption and exposure by addressing issues such as advertising, promotion, sponsorship and
illicit trade
.

While the purpose of the FCTC is laudable, the impact is questionable. Between 2000 and 2019, overall global tobacco use declined by less than a quarter of a percentage point per year.

It’s time for policymakers to consider that this poor performance may be down to the fact that nearly 50 per cent of the global cigarette industry is controlled by eight governments who are also signatories to the FCTC – China, Iran, Iraq, Lebanon, Syria, Thailand, Tunisia and Vietnam. This number is heavily skewed by
China National Tobacco Corporation
, the biggest tobacco company in the world with 44 per cent of the global cigarette market.

However, there are 18 countries in the world where governments own 10 per cent or more of at least one tobacco company. Seventeen of these 18 countries are signatories to the FCTC, with Malawi the only exception.

How is it possible the WHO accommodates these interests? In a newly issued report, I address this question through the lens of business ethics and corporate governance.

Source: Contradictions and Conflicts report
The report finds an inherent contradiction in the implementation guidelines of the FCTC’s stated objectives. Article 5.3 of the FCTC requires parties to protect their public health policies from the “commercial and other vested interests of the tobacco industry”. A clear distinction is made between a party to the FCTC on one side and the commercial and vested
interests of the tobacco industry
on the other.
Advertisement

The intent is to protect one from the other, and it seems impossible this wording could provide for an overlap between the two. Yet, the implementation guidelines for Article 5.3 state the following: “Parties with a state-owned tobacco industry should ensure that any investment in the tobacco industry does not prevent them from fully implementing the [FCTC]”.

This flawed logic is a classic example of a circular argument. Article 5.3 requires parties to protect their policies against the commercial and vested interests of the tobacco industry.

This fallacy spills over in the way the WHO treats large tobacco companies, both state-owned and publicly traded. For example, in its 2019 report on the global tobacco epidemic, the WHO does not mention
China National Tobacco Corporation
once, yet there are more than 20 references to listed companies such as Philip Morris International and British American Tobacco.
The logo of China National Tobacco Corporation is seen on a signboard in Qingdao, Shandong province, in May 2015. China Tobacco is the biggest tobacco company in the world, with 44 per cent of the global cigarette market. Photo: Handout

This is an issue of ethics, not legality. It is not unlawful to sign a convention that requires you to oppose something you also support, but it is unethical. Imagine an international convention against drug trafficking that allows some state organs to have a stake in the activities it tries to prevent.

From a governance standpoint, there is no one-size-fits-all solution. Individual governments will have to engage local stakeholders and make context-specific decisions. The tobacco industry is a tainted industry with a poor track record. Whatever the reasons were for governments to own a stake in the industry, their ownership
makes them complicit
.
Advertisement

The FCTC cites the “concern of the international community about the devastating worldwide health, social, economic and environmental consequences of tobacco consumption and exposure to tobacco smoke”. The success of the FCTC will depend on its proper implementation by those governments that share this concern.

Governments can accept the current situation and continue as before, or they can opt out completely through privatisation. However, that runs the risk
privatised tobacco companies
will have more financial success, with the unintended consequence of causing more harm than ever before.

These are not the only options. The most pragmatic option might be to acknowledge the conflict and make a commitment to manage it. Being transparent about conflicts and managing them, rather than avoiding them, is an acceptable strategy in terms of sound governance.

Advertisement
It allows governments as owners to make decisions that do not have to take short-term financial expectations from shareholders into account. It can potentially help transform the industry by being more innovative, such as by shifting the focus to
reduced harm products
while implementing more traditional tobacco control policies and interventions at the same time.

Opportunities abound to transform the tobacco industry, and governments will have to play a central part in this process. Rethinking their own ownership of tobacco companies will be an important first step.

Daniel Malan is an assistant professor of business ethics at Trinity College Dublin. He is co-chair of the B20 task force on integrity and compliance, and a member of the World Economic Forum’s Global Future Council on Transparency and Anti-Corruption. His new report, “Contradictions and Conflicts”, was commissioned by The Foundation for a Smoke-Free World

This article appeared in the South China Morning Post print edition as: Behind a smokescreen