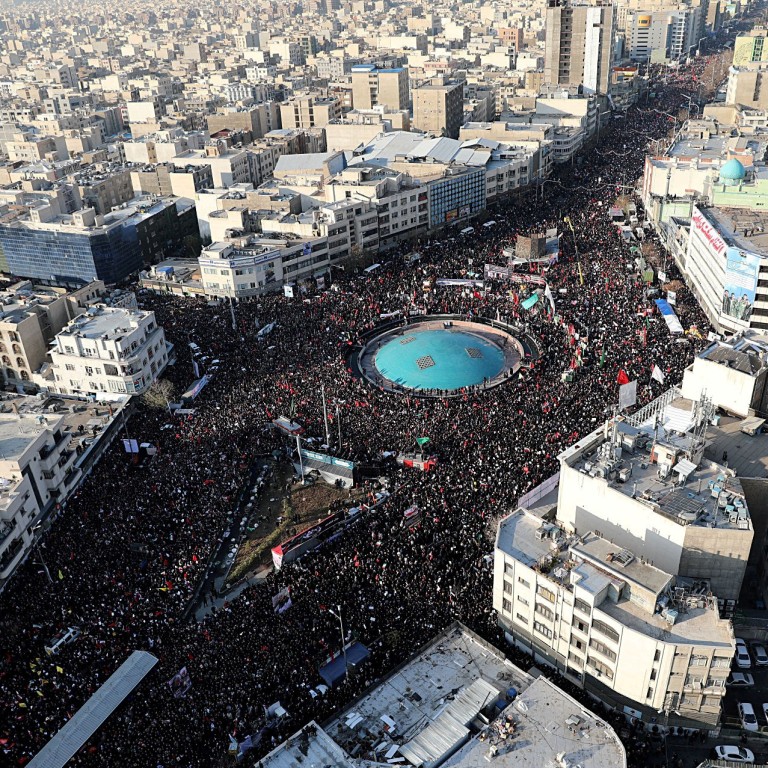 Thousands attend a funeral procession in Tehran on January 6 for Iranian general Qassem Soleimani, who was killed in an American drone strike. Photo: Reuters

Markets aren’t losing any sleep over the US, Iran and oil yet – the trade war is still more of a worry 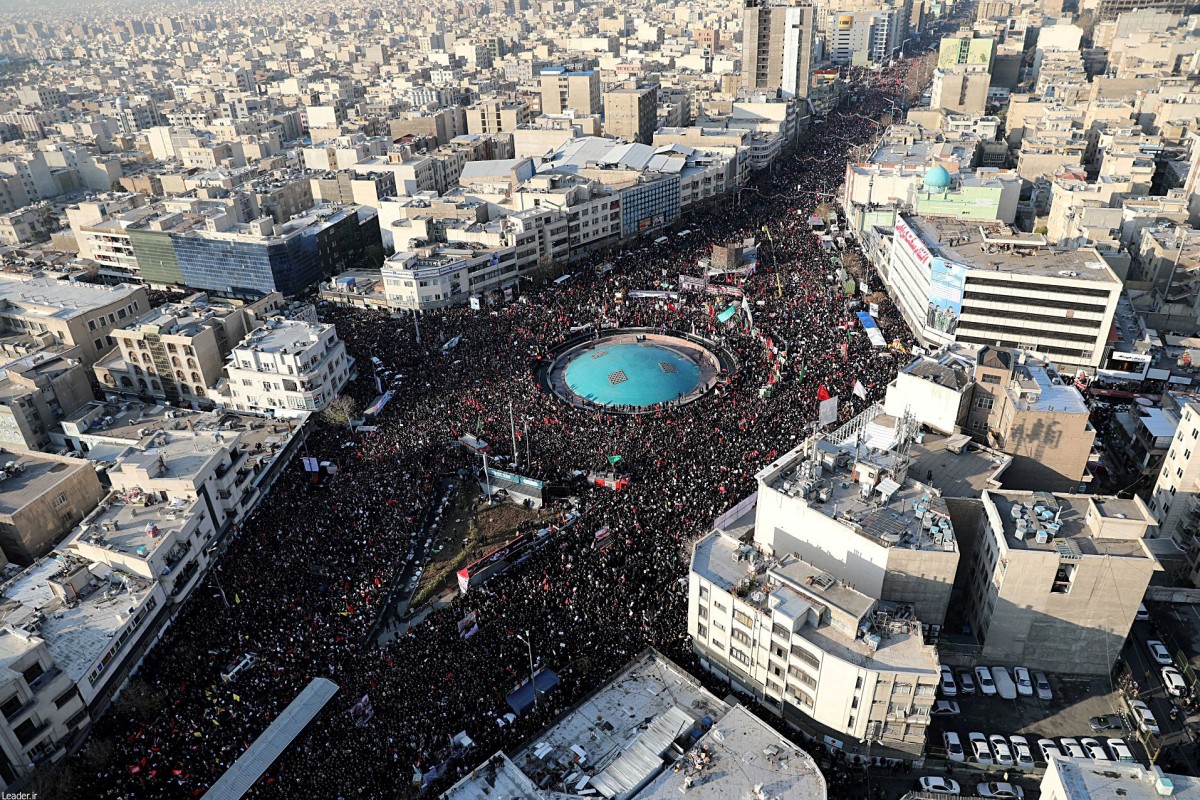 Thousands attend a funeral procession in Tehran on January 6 for Iranian general Qassem Soleimani, who was killed in an American drone strike. Photo: Reuters

The abrupt escalation in political tension between the US and Iran briefly rattled markets, at a time when global investors were feeling upbeat about the trade war and Brexit.

Trade negotiations between the United States and China have now led to the signing of the
phase one deal
, and in Britain, the
Withdrawal Agreement Bill
is heading through Parliament after the Conservative Party’s resounding general election victory.

Although both events could still yield more drama in the months ahead, markets took solace in knowing that we have at least avoided the worst.

With the volatile political situation in the Middle East appearing to be the latest source of unease, investors need to think rationally about the economic impact of the circumstances.

READ FULL ARTICLE
On January 3, the
assassination
of Iranian general Qassem Soleimani in a US military drone attack set off another round of tension in the Middle East. Oil prices quickly shot up, with Brent crude surging above US$68 per barrel, and there was a stock market correction. However, these initial reactions soon reversed, with the S&P 500 still maintaining a year-to-date gain.

Despite justifiable fears about a full-scale conflict between the US and Iran, markets now seem surprisingly calm. If we look back on recent geopolitical events, it’s clear that doomsayers don’t hold markets’ attention for long. The key is to understand whether a particular event will have a sustained impact on the global economy and corporate performance.

Advertisement
For example, the war of words between the US and North Korea over Pyongyang’s development of long-range missiles and nuclear technology in
2017
only prompted a knee-jerk reaction in the South Korean equity market. In fact, South Korea’s equity index turned out to be one of the best performers in 2017.
SCMP TODAY: INTL EDITION Newsletter
By submitting, you consent to receiving marketing emails from SCMP. If you don't want these, tick here
By registering, you agree to our T&C and Privacy Policy

This is because there was no actual conflict between the two sides, and there was very limited economic impact on South Korea. Meanwhile, markets tend not to be very good at reflecting extreme scenarios, such as the possibility of Pyongyang attacking Seoul.

As Trump targets Iran, North Korea’s Kim would be wise to lie low

A more pertinent example would be the alleged Iranian
drone strike
on oil production infrastructure in Saudi Arabia in September 2019. The attack took out about half the kingdom’s oil production, or 5 per cent of the daily global supply. Oil prices spiked sharply, going up 20 per cent, on the back of the news, but receded once the oil facilities came back online. The impact on global growth was negligible, as reflected by a muted reaction in the stock market.
In contrast, the US-China trade war has haunted markets for the past two years because of its extensive impact on global economic growth and corporate strategy. Hence, every
trade tweet
from US President Donald Trump, and every reaction from Beijing, has the potential to drive market sentiment.

It is always important to establish a link between a serious geopolitical event and a possible economic impact. The latest US-Iran stand-off clearly has long-term implications for regional stability . The link between this and markets is likely to be the price of energy. Historically, the economic damage from such an event has come from a surge in energy prices, which results in rising inflation pressure and rate hikes by central banks.

However, looking back on the past 12 to 18 months,
Opec
and Russia have struggled to prop up oil prices. Decelerating economic growth and a gradual transition to alternative energy have capped oil’s demand growth. Also, Russia has been producing oil above the group’s agreed quota, and non-Opec members can increase production if prices rise high enough.

These factors have combined to prevent oil prices from skyrocketing for now, containing the threat of a recession or higher inflation, which would be particularly damaging to oil-importing emerging markets.

Still, heightened tension in the Middle East is not the start to the new year that many would have wished for. As populism continues to dominate domestic politics around the world, geopolitical events will continue to influence markets.

This article appeared in the South China Morning Post print edition as: Joining the dots over political events and the economic impact
Conversations