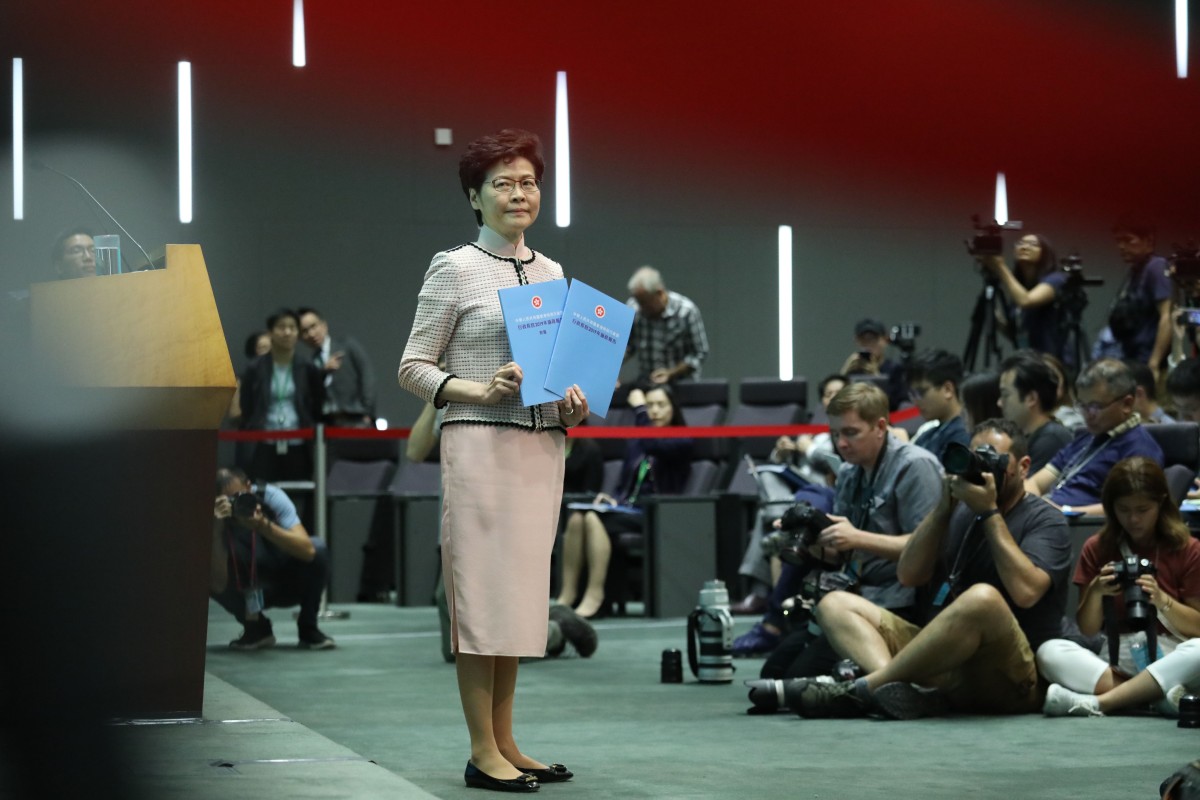 Hong Kong’s embattled leader Carrie Lam Cheng Yuet-ngor tried to unveil her third policy address on Wednesday morning against the backdrop of the city’s worst political crisis since its return to Chinese rule in 1997, but the meeting was cut short amid heckling by opposition lawmakers in the legislature.

Lam earlier said her annual speech - similar to a state of the union address - would focus on land and housing issues, but critics expressed little hope of any measures defusing the increasingly violent protests. The policy address was eventually delivered on a recorded video.

There were few protesters at the heavily guarded legislature in the lead-up to the session, and relatively muted discussions online of any plans to besiege the complex.