Sara Sigmundsdottir won the first of 28 CrossFit Sanctionals at the weekend, topping the leader board at the Filthy 150 after three days of competition and earning herself a spot at the CrossFit Games.

The Icelander led from day one and proved her pedigree by winning two of the weekend’s nine workouts, coming second in four of them and third in three.

Her two wins came in the Spinning Catherine, which included 160 double-unders, skipping, lunges and thrusters. She also finished first in the Snatch, where athletes had four attempts to produce their maximum lift. She lifted 95kg.

The 2019 CrossFit Open winner surprised even herself with the performance. Sigmundsdottir said she was using the sanctional to test where she was in her season’s progression and found she was in better condition than she thought, but she still wants to improve.

“There is a lot left in the tank,” Sigmundsdottir said. “Just enjoy it and have fun and everything goes well if you’re enjoying it. The passion just comes back, so don’t put too much pressure on yourself. I’ve just been trying to believe in myself a little bit more and slowly proving to myself that I can [do it].”

In the rest of the 2020 season she wants to compete in the Dubai sanctional, the Rouge invitationals and the CrossFit Games, and may compete in a team event, too.

Justin Medeiros won the men’s competition, booking his spot at the Games for the first time. He did not win a single workout, but had three second places and finished in the top six in all the workouts. His consistency was enough to beat Roman Khrennikov, who won five workouts but finished outside the top 10 in the other four rounds.

“No matter what that leader board says you have to go out and give it everything you’ve got,” he said.

Last year, he was very close to qualifying for the Games but narrowly missed out. “It motivated me so much. Last year I was trying to prove to myself I belong [at the Games]. This year was about proving it to everyone else.

“No first place finishes this weekend, so I can improve on everything.” 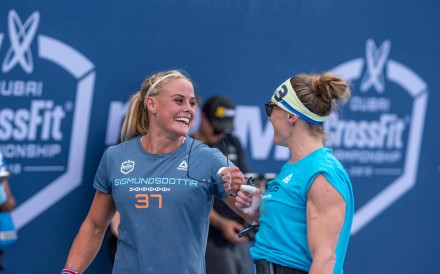 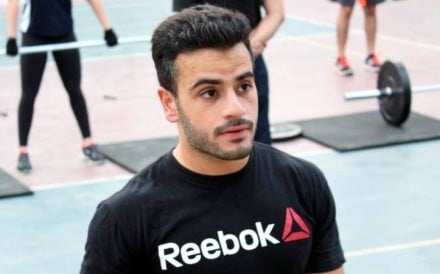