Nicolai Jacobsen is the youngest member of the Youth America’s Cup team but one of the most experienced foilers, where the hull is lifted out of the water to decrease drag. Photo: Hartas Productions

Nicolai Jacobsen has taken the first step on a long journey to the pinnacle of sailing by being selected on the Royal Hong Kong Yacht Club Team Agiplast for the Youth America’s Cup.

Jacobsen, a Hong Kong-raised Norwegian, is the youngest of the four team members announced so far at just 17-years-old, but he has big plans.

“My ultimate goal is the [senior] America’s Cup,” he said. “There's a long way to get there for sure. But I think that if I continue working hard, I'm young so I have time to get there.

“The thing about sailing is that compared to other sports, like rowing, if you are faster then you qualify for the Olympics. In sailing it's hard to classify skills the same way. You can't put it in numbers. To qualify for an America’s Cup team there are many ways to get there. Being part of a programme like this is perfect.”

All competitors have to be between 18 and 24 years old at the time of competition. The race will be held with AC9F 9m monohull foiling boats. The foiling, or hydrofoil, dagger board is shaped so the boat is lifted out of the water once it is moving fast enough, to reduce drag.

First Sailors Selected for RHKYC Team Agiplast! From a pool of 12 aspiring and talented young sailors, Royal Hong Kong Yacht Club today announces that it has selected the first young men and women to join RHKYC Team Agiplast, the Club’s challenge for the Youth America’s Cup 2020-2021. All 12 applicants were interviewed over the internet in late March where they were questioned about their sailing experience and their understanding of foiling boats. From that process, nine candidates were selected to progress to the second step of the selection exercise; the physical assessment to determine their current levels of fitness and strength. This consisted of excercises which included pull ups, bench presses, shoulder presses, body weight squats and speed rowing over various distances on a Concept2 rowing machine. The seven Hong Kong based candidates undertook the physical assessment over the Easter weekend involving various exercises, and the two overseas candidates also carried out the same exercises in their locations when restrictions allowed. The first five sailors are Calum Gregor (age 21), Nicolai Jacobsen (age 17), Maria Cantero (age 22), Jackie Truhol (age 21) and Aymeric Gillard (age 23). Sailors must be over 18 by 1 November 2020 and under 25 by 12 March 2021. The intention is that RHKYC Team Agiplast will ultimately comprise a final permanent crew of four (two male and two female sailors) and an extended crew one male and one female sailor. The decision as to which sailor will take up a specific role on either the permanent or extended crew will be reviewed in September, giving Head Coach Chris Rashley time to consider the sailors’ performance in fitness and team building between now and then. Read the full announcement see link in bio or https://bit.ly/3frR1DD (left to right: Maria, Nicolai, Calum and Jackie (Aymeric is currently overseas)) image: RHKYC / Vivian Ngan @rhkyc @agiplast_rgn @youthamericascup @nicolai_jacobsen @merycantero @jackietruholsailing @calumgregor @aymeric.gillard

Jacobsen’s experience belies his age. He won the WASZP European Championship in 2018, competing against adults up to three times his age. What is most impressive, though, is not his wins, but his willingness to learn in defeat. He returned to the European Championships in 2019, but his title defence was unsuccessful as he became “stressed” by the pressure of winning it twice in a row.

“I wasn't sailing at the level I had hoped. I lost my head a little. I made worse decisions than I could have made if I took more time. I didn't think the way I usually do, I was just stressed,” Jacobsen said. “Now I just take one race at a time. I don't calculate results during the race, I used to do that a lot, as at a regatta you do 12-15 races.”

Having a clear head is what separates sailors.

“You need to think fast. Not only think fast but make good decisions. Really, you have to consider the small details and in a race you have to see the big picture too,” he said. “Some people are very talented when they start out. I was not one of them, for sure. Some people, like me, learn it over time through experience.”

Jacobsen was fortunate to have a good mentor. His father sailed for Norway at the 1992 Olympics. Not only did he teach his son the ins-and-outs of sailing, but he also passed on his competitive spirit.

“I'm a competitive person so I really enjoy the competitive side,” Jacobsen said. “But sailing is a sport when you harness the power of nature, the wind. When you start, you feel overwhelmed, like the wind is in control of you and you are not in control of the boat. But once you figure out how to control it, you use the wind to your advantage, it's a big sense of achievement.” 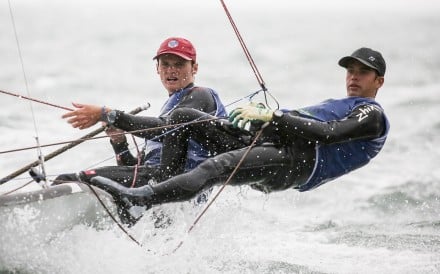 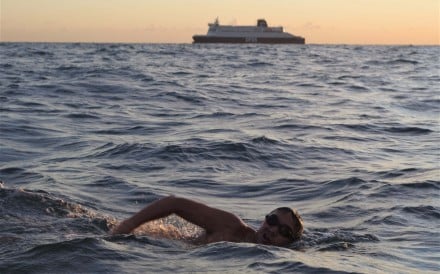 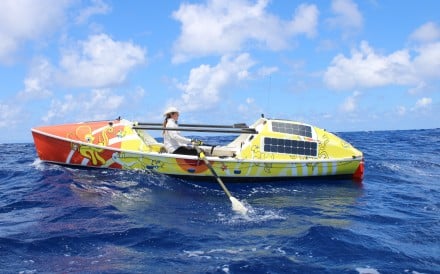