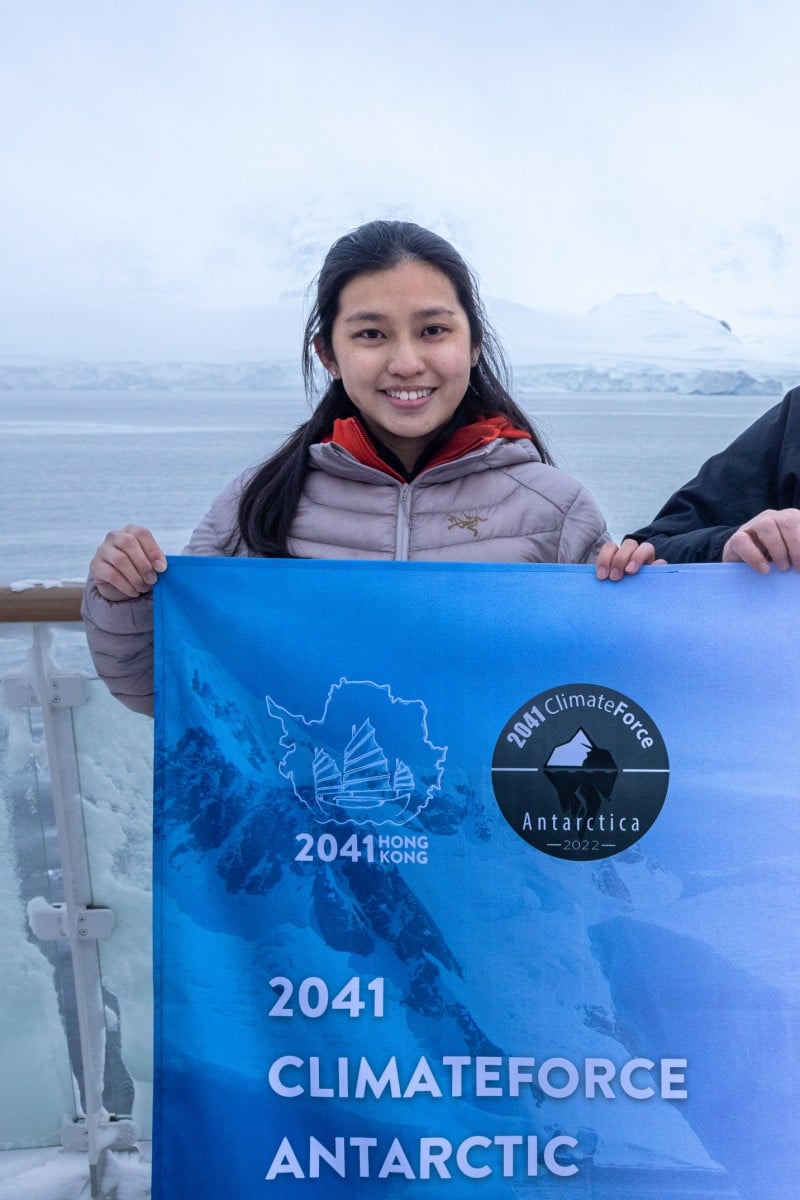 Two university students who represented Hong Kong on an Antarctic expedition said that fighting climate change was the world’s most pressing issue and they would do everything possible to promote awareness of the problem and change people’s behaviour.

Christie Lai and Justin Yeung, who were part of the 2041 ClimateForce Antarctica Expedition in March, said that temperatures were rising in the continent and that was bad news for us.

The melting of ice sheets in Antarctica is a wake-up call for the world to tackle the worsening climate crisis. If global warming continued, the melting ice could lead to a steep rise in sea levels that could put millions of lives in danger, Lai said.

“The expedition helped us see the environment first-hand and how it is suffering from the impact caused by humans, even though it is so isolated,” added Lai, an ecology and biodiversity student from the University of Hong Kong.

Lai and Yeung, a geography student from the University of Bristol, in Britain, were among 80 people who took part in the expedition.

“There are so many places we can go to or things we can do when we don’t feel the effects [of climate change], but being [in Antarctica], everything is so raw, like it’s just constantly with you and you cannot avoid it,” Yeung said.

The expedition is part of a project led by the famous polar explorer, Sir Robert Swan, who launched the 2041 Foundation to spread awareness about climate change and Antarctica’s alarming environmental decline.

Christie Lai and Justin Yeung were part of the 2041 ClimateForce Antarctica Expedition in March. Photo: Handout

Showing a picture of penguins standing next to the bones of a whale, Yeung said whaling began thousands of years ago. Humans began to hunt whales and seals in Antarctica. Whales were killed for their meat and blubber, which can be turned into a type of oil.

The pair also warned that climate change was threatening the continent’s biodiversity. As the ocean warms, many of its species are already changing their habits and moving south to colder parts of the continent.

“The reason why biodiversity is so important is because it is part of nature, and we are ruining nature. If we think we can survive without any animals, that is not the case,” Lai said.