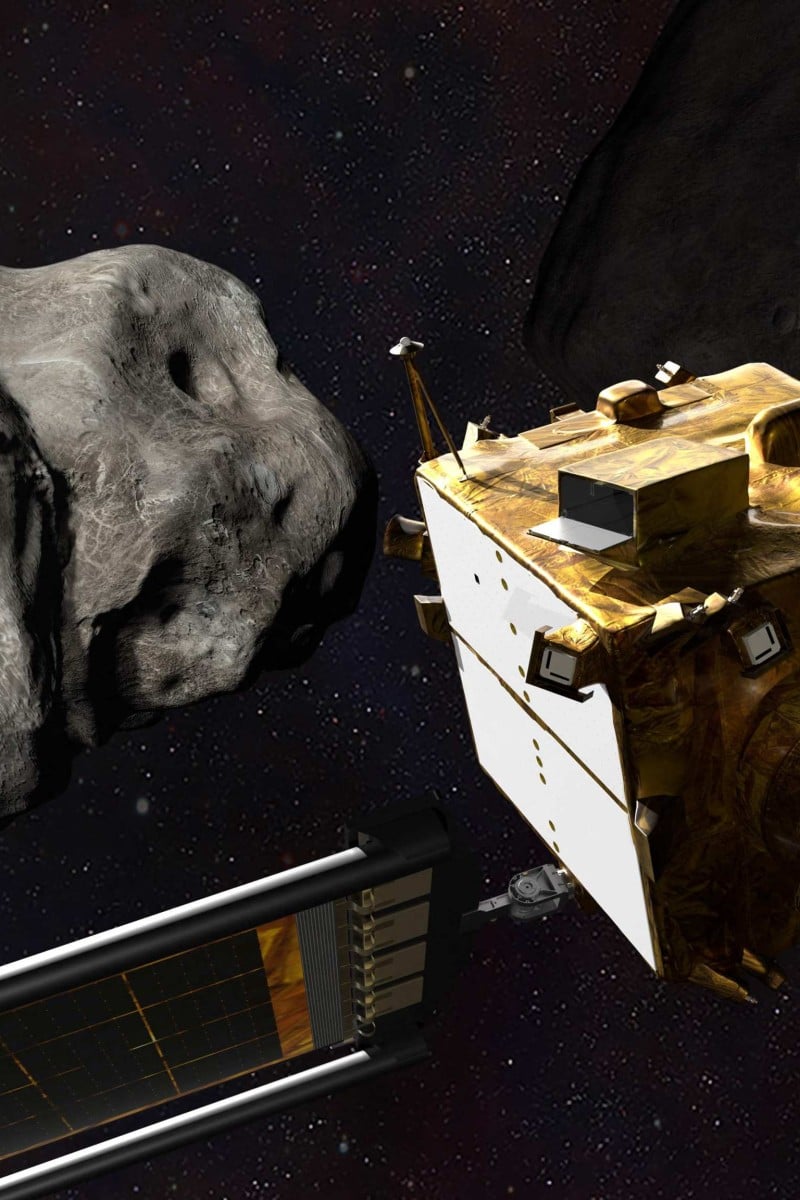 Nasa’s DART spacecraft has crashed into an asteroid: how might this protect Earth from potential destruction? 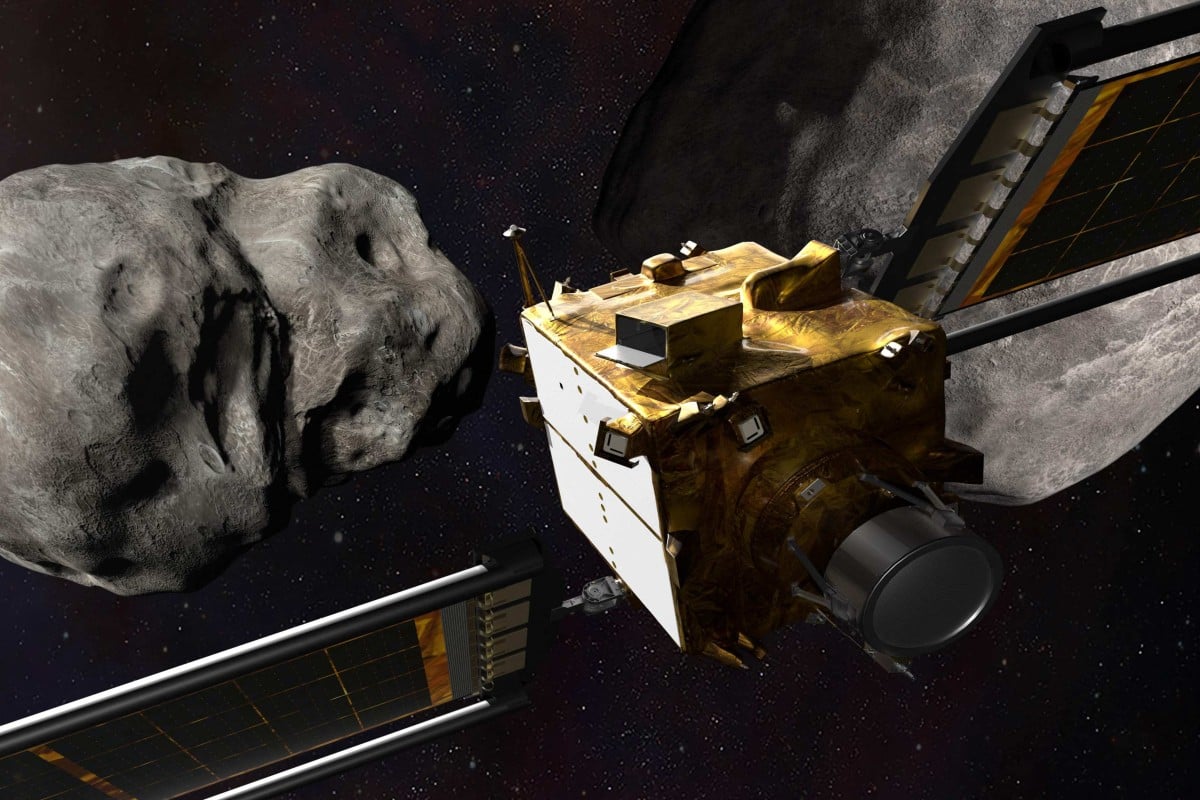 This illustration shows the DART spacecraft prior to impact with the asteroid, Dimorphos. Photo: AFP/NASA/Johns Hopkins APL

A Nasa spacecraft successfully crashed into an asteroid about 10.9 million km from Earth last month. This was a test to determine if the impact could nudge the space rock slightly off course.

Nasa launched its Double Asteroid Redirection Test (DART) spacecraft in November 2021. The purpose of the mission was to collide with an asteroid about the size of a football stadium at 22,530 kilometres per hour.

The mission is Nasa’s first demonstration of the agency’s planetary-defence initiative to protect Earth from the possibility of a hazardous collision with an asteroid. This particular asteroid, called Dimorphos, is not headed towards our planet, but the rocky body was singled out by Nasa to test a deflection technique.

The DART mission team said they made almost a direct bullseye on Dimorphos, hitting the asteroid just 17 metres from its centre.

The James Webb and Hubble telescopes have revealed their first images of Dart smashing into the asteroid. Astronomers indicated that the impact looked as if it was much greater than expected. But it will take time before astronomers know if DART’s impact did its job.

“We’ll get a much better understanding of where we are from the impact images that the investigation team now is going to analyse,” Elena Adams, the DART mission systems engineer at Johns Hopkins, said during a press conference after the impact.

8 answers to your burning questions about asteroids

Separately, the European Space Agency’s Hera mission is set to launch in October 2024 and arrive at the Dimorphos asteroid in 2026. The mission had expected to survey a crater about 10 metres in diameter.

It now looks like it will be far bigger. Ian Carnelli, manager of the Hera mission said: “If there is a crater at all, maybe a piece of Dimorphos was just chunked off.”

The true measure of DART’s success will be exactly how much it diverted the asteroid’s trajectory. Knowing this can help the world prepare to defend itself against bigger asteroids that could head our way in the future.

Three different views of the DART spacecraft’s impact on the asteroid Dimorphos on September 26, 2022. At left is the view from a camera on DART, upper right the Hubble Space Telescope and lower right the James Webb Space Telescope. Photo: Nasa via AP

If a dangerous asteroid is spotted heading towards Earth in the future, Nasa or some other space agency could possibly send a spacecraft to ram it just as DART has done. Such an impact could impart just enough momentum to slightly change the asteroid’s trajectory so that, over time, it whizzes safely past Earth.

“Our first planetary defence test was a success, and I think we can clap to that,” Adams said. “I think that earthlings should sleep better. Definitely, I will.”

Why did Nasa choose Dimorphos for this mission?

Dimorphos is an asteroid moonlet orbiting a much larger asteroid named Didymos. This is why the mission’s name is “Double Asteroid Redirection Test”.

Nasa picked Dimorphos as a target because Earth’s telescopes can measure changes in its orbit around Didymos. Measuring 160 metres across, Dimorphos also represents the kind of asteroid that space agencies are most worried about.

Astronomers have catalogued most of the giant asteroids that could destroy our planet. None of these poses a risk for the foreseeable future.

But scientists believe they have found less than half of the asteroids similar in size to Dimorphos that are flying near Earth. If one of these rocks crashes into the planet, it could be disastrous.