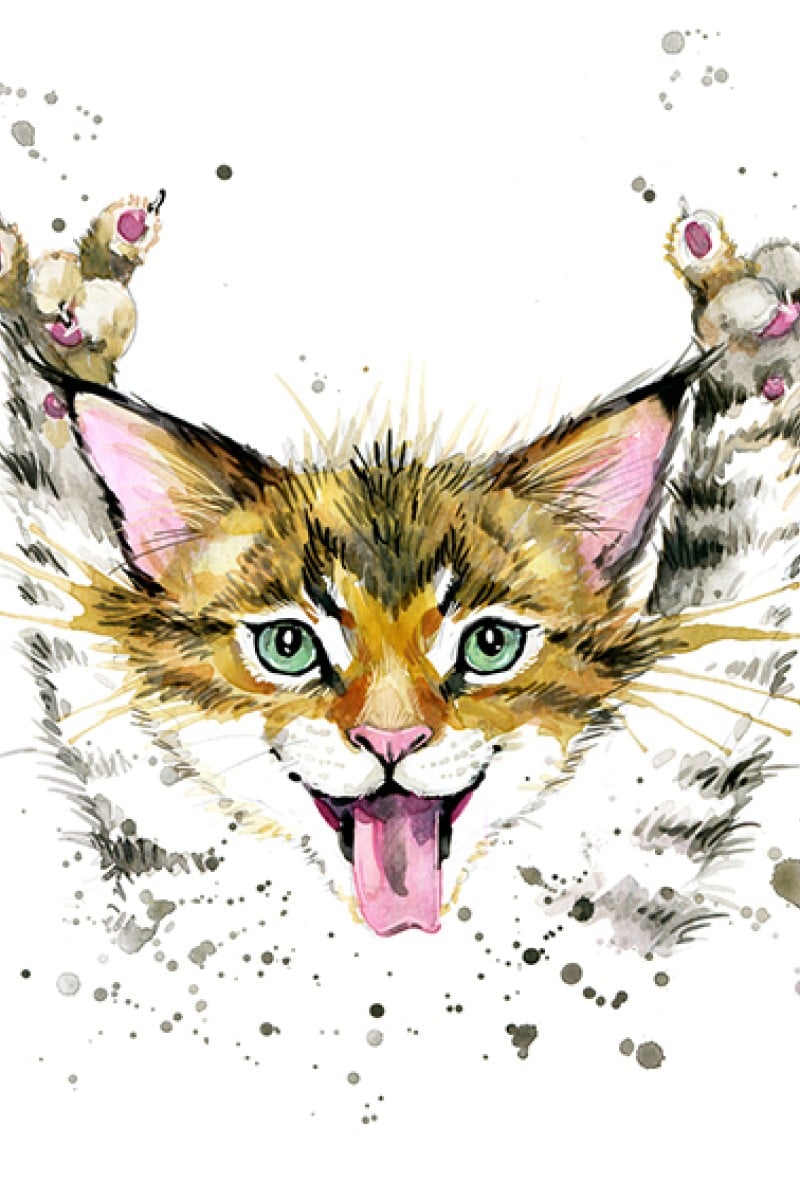 English expressions can be confusing because they seem to be illogical. So here are a few about our feline friends to help you expand your vocabulary 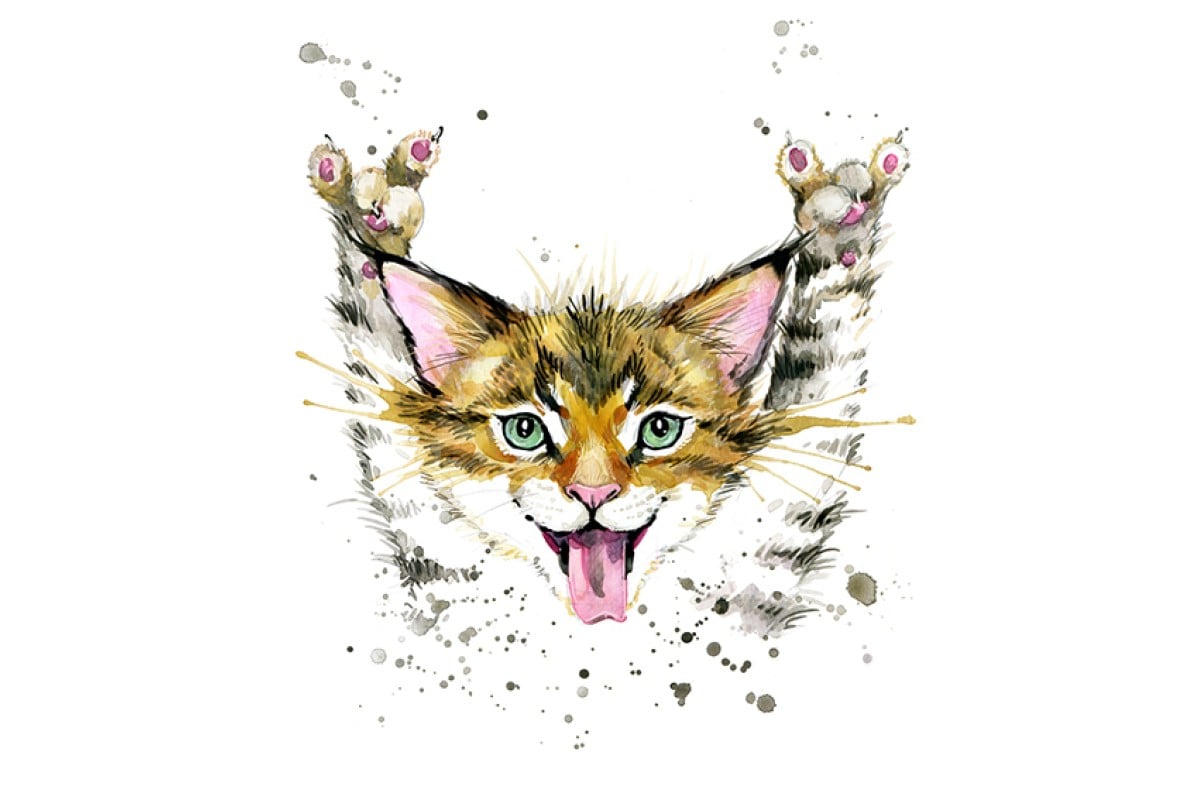 Meaning: Someone who copies someone else Use it: We thought of that idea first but then those copycats did it and won first prize!

Has the cat got your tongue?

Meaning: Why are you not answering me? Used when someone doesn't answer your awkward question. Use it: Did you steal my lunch? Well? Has the cat got your tongue?

Meaning: A very short sleep. A nap means to sleep for a short while. A cat nap is even shorter, and 40 winks is shorter still. Use it: As sailors had to be alert at all times the best they could manage was a cat nap between jobs.

Meaning: The popular string and fingers game is called "cat's cradle". But it's used to mean "messy". Use it: I have to tidy my room, it's like a cat's cradle in there.

Meaning: A thief who breaks into a home or bank, usually by climbing up a wall, in a window or up a drainpipe, to steal very valuable items. Use it: When my mother's necklace went missing, we thought it may have been taken by a cat burglar because the window was open.

Let the cat out of the bag

Meaning: Reveal something that should have been secret Use it: I didn't want anyone to know it was my birthday, but my brother let the cat out of the bag. So I had to bring in cake for my friends.

Meaning: Looked awful or messy Use it: I didn't know we were going to have visitors, so I was lounging around in my baggy old clothes. I must have looked like something the cat dragged in.

Put the cat among the pigeons

Meaning: Cause trouble by revealing or saying something Use it: The localist party has put the cat among the pigeons with their talk of Hong Kong independence.

Not enough room to swing a cat

Meaning: A very cramped space. (Imagine trying to swing a cat around the space) Use it: Flats in Hong Kong don't have enough room to swing a cat.

Meaning: Trying to trick someone into making a mistake so you can defeat them. Use it: The police played a cat and mouse game with the hawkers to nab those without a license.

Meaning: Raining very hard. In the old days people's homes had straw roofs and the cats and dogs would sleep up there. When it rained hard they would fall off on to the people below. Use it: I wanted to go to the beach, but it's raining cats and dogs. So I will do my homework instead.

While the cat's away, the mice will play

Meaning: When the boss is out of the room, the workers don't work so hard and may even not work at all Use it: I know your mother won't like it if we make too much noise ... She's not here, so while the cat's away, the mice can play.

Meaning: Look very happy with yourself. Use it: Now that Joe scored top marks in English, he's like the cat that got the cream.

Meaning: To smile a lot. This comes from Alice in Wonderland, when Alice meets a "Cheshire cat" who keeps on disappearing, but only its grin remains. Use it: Since I got an A in Chinese, I've been grinning like a Cheshire cat.

A cat's chance in hell

Meaning: Very little to no chance Use it: Hong Kong doesn't have a cat's chance in hell of winning the match against Brazil, but I'm going to cheer for them anyway.

There is more than one way to skin a cat

Meaning: One thing can be done many different ways, e.g. cook eggs. Use it: He kept on telling me to fold my clothes when I pack, but I like to roll them. There's more than one way to skin a cat.

Have a cat nap

Meaning: To sleep during the day for a short while. Use it: Since the story broke, the reporter only managed a few cat naps for the first week.

Meaning: Fight all the time Use it: Mike and Millie fight like cats and dogs, and it's exhausting.

Meaning: Someone who has the respect of their peers in a young, casual way Use it: Benji is such a cool cat, and everyone likes his parties.

Meaning: Someone to is afraid to do anything. Use it: I wanted to jump right in the pool, but Ryan is such a scaredy cat that he had to climb over the rocks to get to it.

Cat on a hot tin roof

Meaning: To be extremely nervous Use it: As HKDSE results day drew nearer, my brother was like a cat on a hot tin roof. He was impossible!

As nervous as a cat in a room full of rocking chairs.

Meaning: Rocking chairs have rockers instead of feet. Rockers are known to squash things, like your toes if you stand too close to them. A cat's tail would be easily squished by a rocking chair. Use it: When I asked Sally if she was dating anyone, she looked like a cat in a room full of rocking chairs.

Meaning: A very nasty whip used to punish sailors Use it: When a sailor was caught plotting to overthrow the captain, he would be flogged with a cat-o-nine tails.

Meaning: Someone who is wealthy and lazy while everyone else does the work. Use it: Sales tax hurts everyone except the fat cats.

A cat has nine lives

Meaning: Cats seem to get away with dangerous things Use it: That cat just darted in front of the car, causing the driver to brake and the car behind to crash. It must have used up one of its nine lives.

Meaning: Be very upset about something Use it: When my mother sees my grades, she will have kittens.

Meaning: A reflector set into a road to warn drivers of where the lane markers are. Use it: Cat's eyes gleamed as the car swept around the bend and up the hill.

Even a cat can look at a king/queen

Meaning: I have every right to do this Use it: Why do you feel so nervous about talking to the principal? Even a cat can look at a king.

Meaning: A great idea that's impossible to carry about because it's too dangerous. It comes from a story about a mouse to decided to tie a bell around a cat's neck so that he could hear the cat coming. Use it: Yes, we know we are allowed to wear our hair long, but Ms Smith hates it. Not cutting it is just belling the cat. We will get caught!