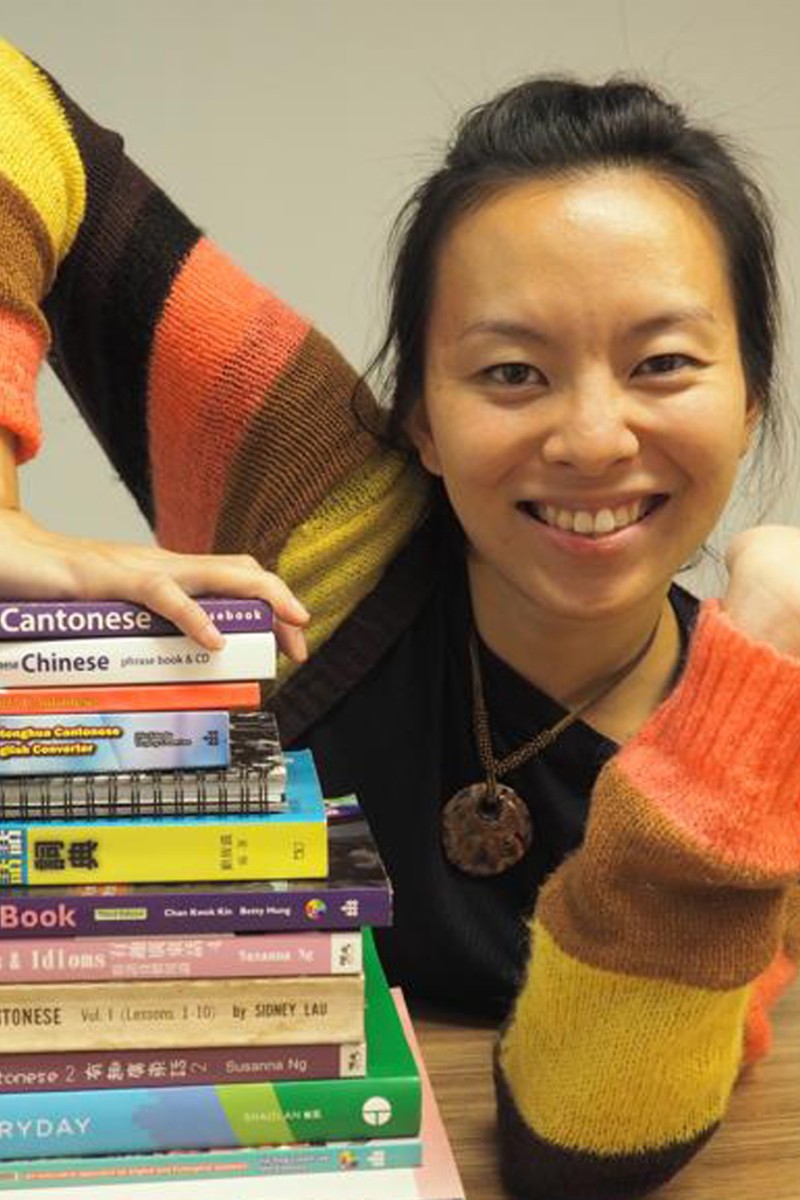 Chantoneasy: One Hongkonger's simple yet genius method that makes learning Cantonese as easy as 'Do-Re-Mi'

Learning Cantonese is tough, but there’s an ‘easy’ method that might help you succeed 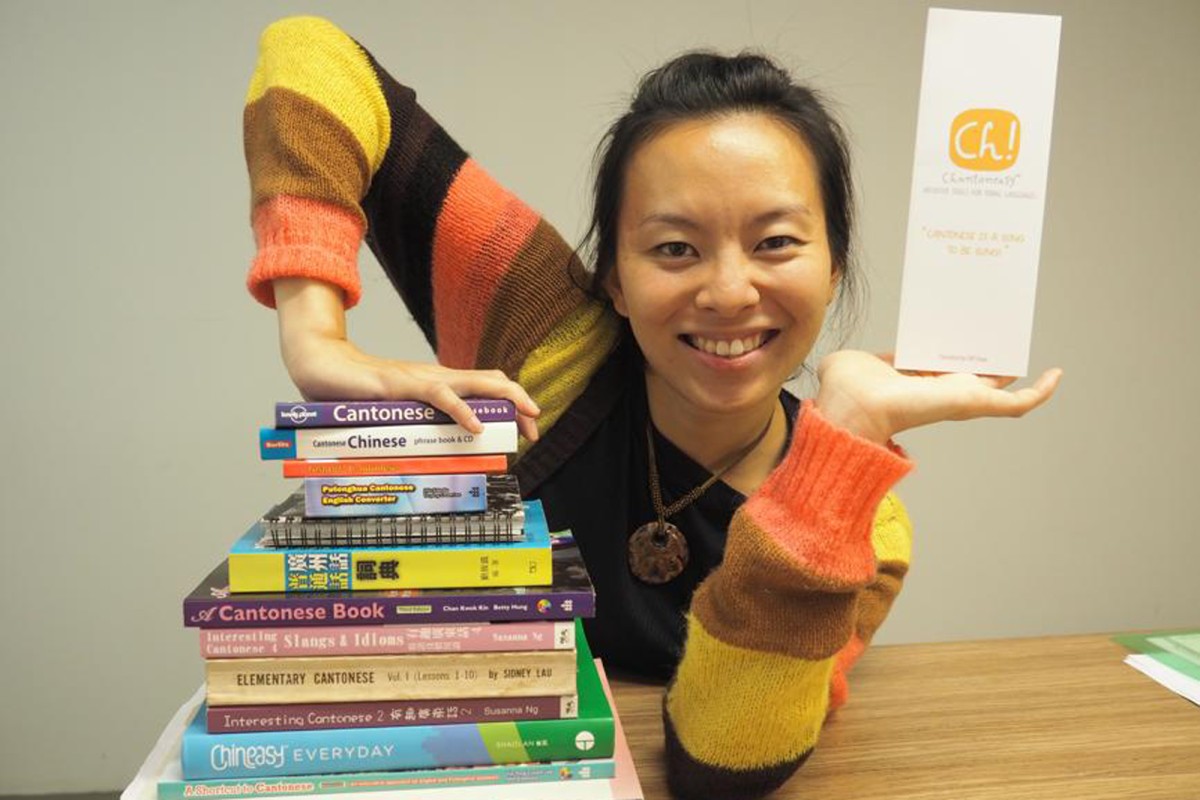 Tiff Chan thinks learning Cantonese should be as easy as learning a nursery rhyme.

Cantonese is notoriously difficult to learn; in fact, it’s deemed one of the world’s toughest for native English speakers. That’s mostly down to mastering tones, which carry a lot of the language’s meaning. But, Tiff Chan hopes, if learners adopt her “Chantoneasy Method”, those tone troubles might be a thing of the past.

Young Post met the 29-year-old Hongkonger, who invented the method that she uses to teach Cantonese. Chantoneasy involves associating the tones in language with musical pitch, and ensures that non-native speakers are understood clearly.

The ideas that grew into Chantoneasy came in 2015 when one of Chan’s friends wanted to chat up his boyfriend, who was from Hong Kong.

“We started throwing phrases at each other and I wrote out sentences like ‘you’re very cute’ and ‘I love you’ for him,” she recalls. But it quickly became obvious that using the wrong tone would lead to a very different word, and things could get confusing quickly.

DSE Chinese exam 2016: where you went wrong and how you can improve

She wanted a way of teaching her friend that would feel familiar, and she realised that tonal languages are linked to musical notes. So she started using a stave with do, re, mi, fa and so – the method used to teach pitch in music education – written on one side. Her friend could immediately tell what the tones should sound like.

Learners might be put off when they hear Cantonese has nine tones but, according to Chan, it’s actually less than that.

“The reasoning behind the nine tones is different lengths: some are longer, while others are more clipped.”

Chan uses a musical stave-like diagram with a picture of a hand to help her students learn.
Photo: Lauren James/SCMP

Instead of using numbers one to nine to denote the tones, as in a lot of books, Chan created her own symbols that originated from where the tone would fall on the stave. For example, the symbol for a fixed “re” is a “V” with a dot above it. For the two different sliding tones, she uses diagonal lines crossing the lines on the stave. The idea is that people can read the symbols like musical notes to locate the right tone, and that they offer a much more visual, and therefore memorable, reference point.

“The learner’s task to remember tones that correspond to numbers is ridiculous. One of my students took classes using the Sidney Lau method, which acknowledges six tones, and uses terms like ‘high rising’ and ‘low falling’. But from where to where?”

Another way Chan helps her students remember the different tones is by using the palm of their hands, visualised split into five sections. “I started brushing the tones on my hand, and realised it would be a great way to learn phrases. It brings us back to our senses.” She began printing small hand diagrams on the side of her do-re-mi staves to link the process together.

Another of Chan’s main gripes with existing Cantonese learning materials is that the pinyin way of transcribing the language into the Roman alphabet leaves a lot of room for pronunciation error. She realised that different books often used very different ways of representing the same sound.

“I wanted to create a method where people didn’t even have to think about the tone they wanted to produce,” she says.

“The method should completely support the learning.” To test her theory, Chan went through every single existing Cantonese learning book she could find, rewriting each phrase using her notation method. The method proved watertight, and Chan knew she was on to something.

Chantoneasy was borne out of frustration at the complicated methods some guides used to teach Cantonese tones.
Photo: Lauren James/SCMP

New students often tell Chan that they’re tone deaf musically, and are worried they won’t be able to use her method.

“I ask them to sing London bridge is falling down … and they’ll often have perfect pitch.” She says her teaching as more like vocal training than traditional lessons.

Growing up in Hong Kong, Chan spoke Cantonese at home, but English at South Island School where she studied.

“I didn’t study Chinese, so my ability was limited,” she says. But there was pressure from her family to learn more. “It was all about how un-Chinese I was,” she says. “Out and about, I’d try to speak Cantonese, but people would reply in English. People would teach me new words, but I wouldn’t remember how to say them, as there was no way to record how it should sound.”

For more information, see chantoneasy.org or search “Chantoneasy” on Facebook

VIDEO: Tiff Chan demonstrates why tones can spell the difference between "hunger" "diarrhoea" and "goose"!