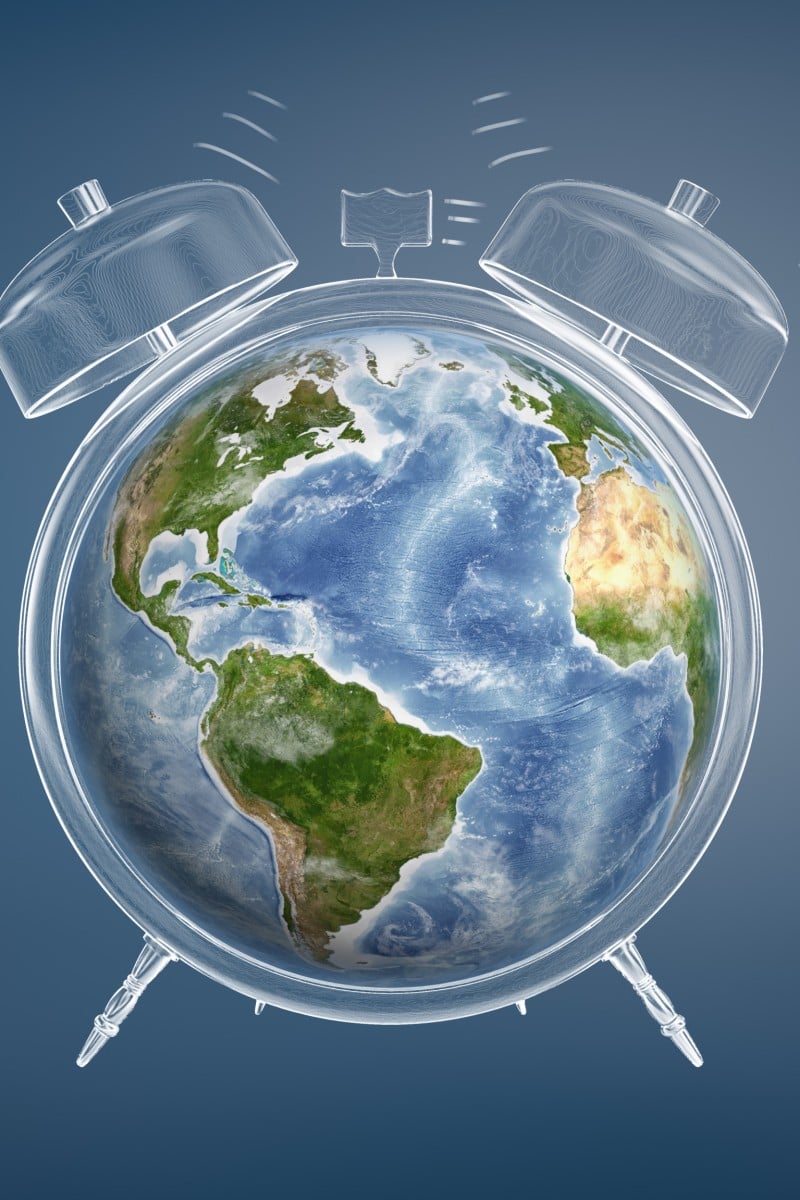 The clock is ticking and the sands of time are running out, we cannot afford to sleep on fighting the climate crisis. Photo: Shutterstock

Cities around the world turn off their lights on the last Saturday of March every year for Earth Hour to raise awareness about climate change. This year’s event, which takes place on March 26, aims to call attention to our global energy consumption and its impact on the environment.

Here are seven idioms you can use to start a conversation about the climate crisis and get your friends to join in Earth Hour 2022.

Meaning: a very small amount compared to what is needed Example: Unplugging unused appliances may seem like a drop in the ocean in terms of reducing electricity consumption, but it would make a big difference if we all do that.

Meaning: a problem that is controversial and difficult to solve Example: Scientists say energy pollution in developing countries is a hot potato due to the lack of investment in low-carbon infrastructure in these places.

Earth is literally heating up, just like a hot potato. Photo: Shutterstock

3. A voice in the wilderness

Meaning: a person or group with an unpopular opinion or making a suggestion or plea that is ignored Example: The scientist’s warnings about rising global temperatures as a result of human activity was a voice in the wilderness in the 80s, but governments around the world have now realised the danger and are taking steps to fight climate change.

4. Can’t see the wood for the trees

Meaning: to be unable to understand a situation clearly because one is too involved in it Example: Policymakers who are worried about job losses from coal mine shutdowns simply can’t see the wood for the trees, and should instead invest in renewable energy.

5. Sands of time are running out

Meaning: a limited amount of time before something happens; not much time left to do something Example: The sands of time are running out – we need to achieve zero net greenhouse gas emissions within the next 10 years to prevent the worst effects of climate change.

Plant idioms that will making your writing grow

Meaning: to make people start to feel worried and to suspect that something is wrong Example: Irrefutable evidence on the effects of greenhouse gas emissions from burning fossil fuels has set alarm bells ringing and citizens are finally pushing world leaders to address the climate emergency.

7. Tip of the iceberg

Meaning: only a small part of a much larger problem Example: Disasters due to climate change are just the tip of the iceberg. Experts say rising global temperatures are putting at least 1 million plant and animal species at risk of extinction around the world.