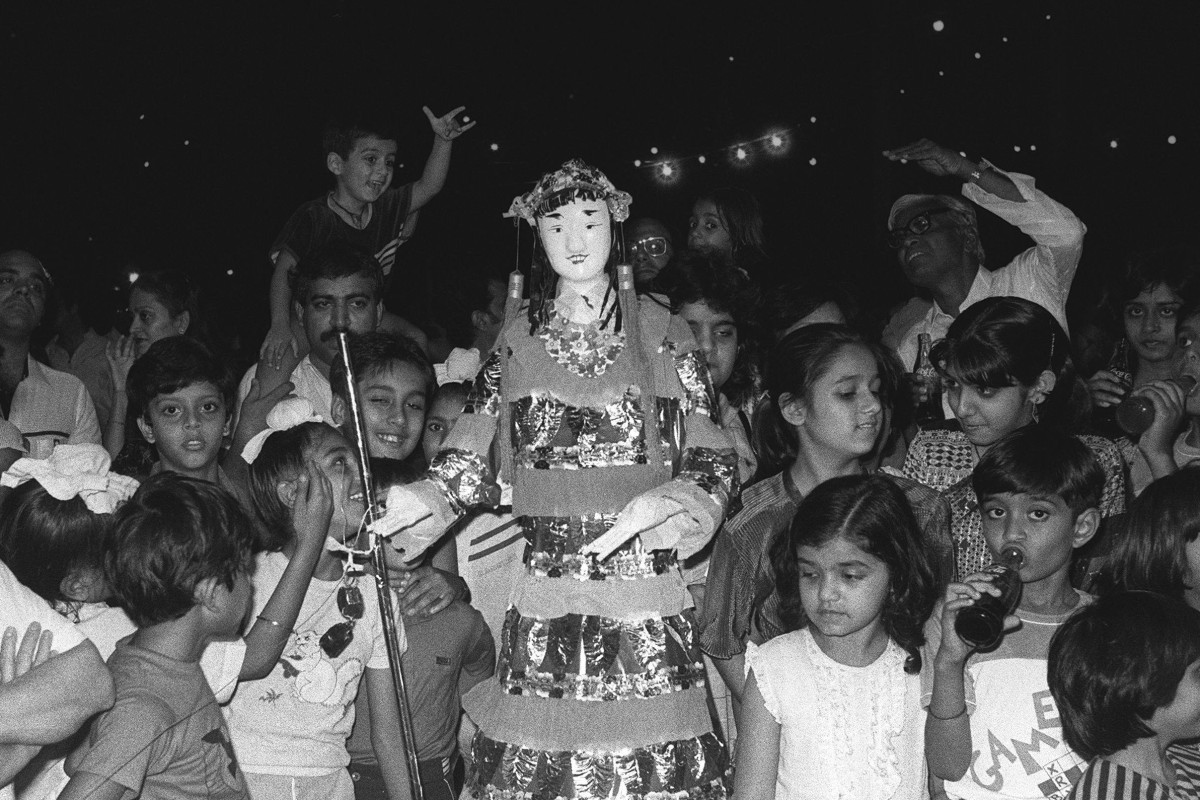 Dussehra was the biggest annual festival for the Gurkha soldiers and their families in Hong Kong, with preparations starting several days before the celebration even began. Photo: SCMP

[1] Dussehra, also known as Dashain, which took place on October 15 this year, is marked by thousands across Hong Kong. While Diwali – the Hindu Festival of Lights – is more widely celebrated by local Indian communities, Dussehra is beloved of the Nepali contingent. From Yau Ma Tei to Yuen Long, the festival is observed, in various ways, by hundreds of locally domiciled Nepali families. Most have in common an ancestral connection – now, a couple of generations removed – to Gurkha servicemen who spent part of their careers in Hong Kong.[2] Nepali-style observance of Dussehra in Hong Kong dates back to 1949. That year, the first Gurkha regiment to serve in the city arrived from Malaya, after the partition of India in 1947. From 1971, when the last British forces moved up from Singapore and Malaysia, until the Training Depot at Shek Kong closed in 1994, and relocated to Britain, Hong Kong was home station. Two generations of children were born – all with the right of abode in the city.

[3] Dussehra was the biggest annual festival for the Gurkhas. The night before the festival was another celebration, Kalaratri (Night of Darkness), which signified the real party for everyone. Preparations went on for several days. Arches were made from banana fronds and whatever other greenery could be sourced, all augmented with bright coils of tinsel and other decorations. [4] Every Gurkha unit in Hong Kong, as well as battalions serving in Brunei and Britain, held their own celebration. On arrival, guests were garlanded – their seniority and general popularity (or otherwise) could be gauged by the number of wreaths fashioned from strips of gauze cloth, coloured paper, marigold flowers and other materials left dangling around their necks. Gurkha wives were required by strictly enforced Brigade custom to wear the sari. This was despite the fact that this was not usual dress for tribal women in the Himalayas; a blouse and a lungyi-like wraparound skirt was their traditional attire. Thus, formal occasions – like Kalaratri or going into town from the New Territories – were almost the only times when the garment was worn.

[5] The party itself went on until the small hours; dance performances – known as nach – and comic skits were interspersed with bouts of eating, drinking and gambling. Customarily, women did not perform on stage (an exception was made for young children). So female roles were played by men – rather young, or somewhat less so, depending on the role. Known as maruni, these skits were funny and provided a (generally) safe, accepted opportunity to poke fun at authority figures.

[6] At midnight, all the lights suddenly went out, music and revelry stopped by pre-prepared signal, and everyone fell silent. This marked the fact that an animal sacrifice at the Gurkha temple had just taken place. Located next to the airfield at Shek Kong’s Borneo Lines, this building still stands, though it has been disused for nearly a quarter of a century. A thunder-flash detonation marked the end of the ritual observance, and the party continued. The next day – Dussehra – other animal sacrifices, typically black goats, were beheaded with single blows from a large kukri, and afterwards transformed into a curry lunch. Great fun then – and a joy to remember now. Source: South China Morning Post, October 15

1. According to paragraph 1, what is one way that Dussehra is different to Diwali in Hong Kong?

2. What historical event happened a few years before Gurkha units were brought to Hong Kong according to paragraph 2?

3. Find a word or phrase in paragraph 2 that refers to “a person’s right to remain resident in a place”.

4. What were the arches mentioned in paragraph 3 mostly made of? A. flora and foliage B. decadent foods C. scrap metals and alloys D. all of the above

5. How could one identify a guest’s status at a Kalaratri celebration?

6. What sorts of people were common targets for satire in a typical Kalaratri comic skit?

7. What kind of tool does the writer imply a kukri is in paragraph 6?

8. Decide if these statements are True, False or Not Given in the text. (4 marks) (i) Nepali families in Hong Kong today celebrate Dussehra in the exact same way as their forefathers did in 1949. (ii) Many of Hong Kong’s Nepali people are descendants of Gurkha soldiers. (iii) The maruni dance has become rare in recent years because of a lack of performers. (iv) Gurkha wives were encouraged to perform in maruni during Kalaratri.

9. Which of the following best describes the tone of this text? A. critical B. argumentative C. persuasive D. descriptive

Children cheering around an effigy of the demon Ravana, celebrating Dussehra in Hong Kong in 1984. Photo: SCMP

1. Dussehra is more widely celebrated by Nepali people, while Diwali is celebrated more widely by Indians. 2. the partition of India 3. right of abode 4. A 5. by the number of wreaths, coloured paper, marigold flowers and other decorations around the person’s neck 6. authority figures 7. a knife / sword (any 1) 8. (i) F; (ii) T; (iii) NG; (iv) F 9. D