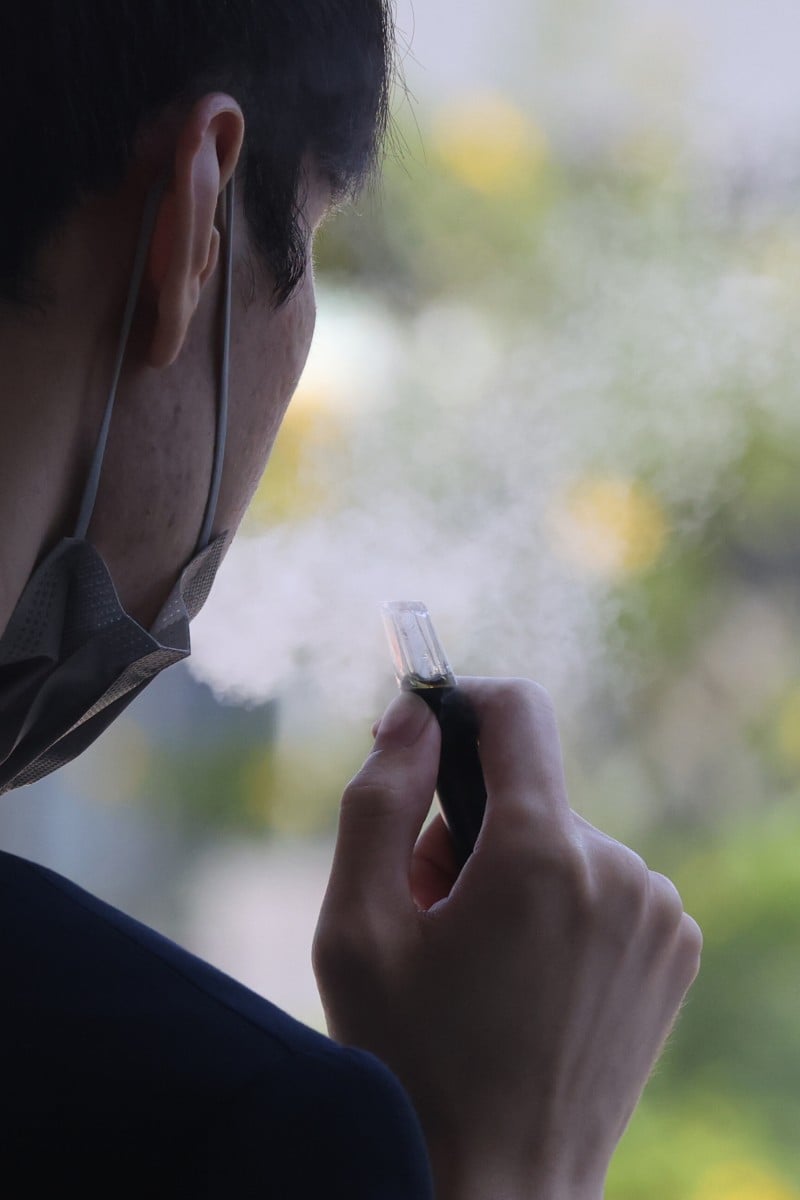 Study Buddy (Explorer): E-cigarettes and vapes don’t help you quit smoking, and may do more harm to your lungs 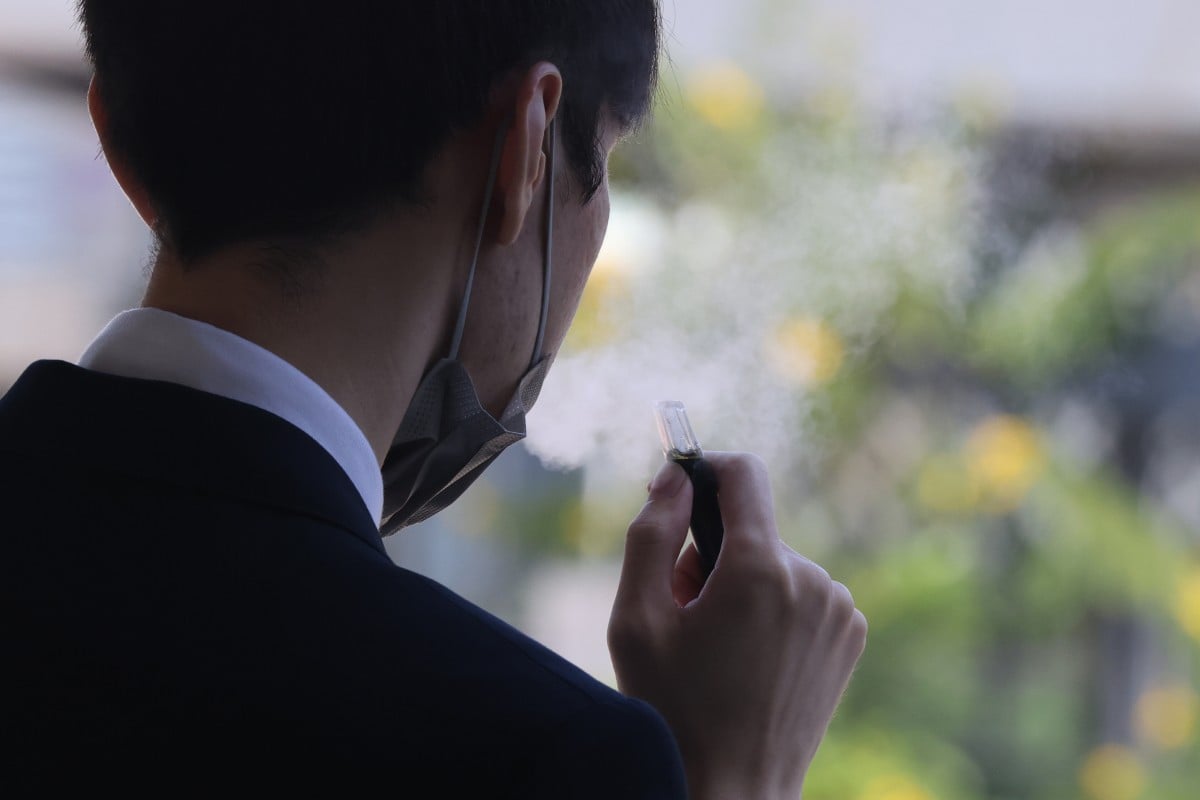 A study has found that those who quit smoking and switched to another form of tobacco use were more likely to return to regular cigarettes than those who quit altogether. Photo: Nora Tam

[1] Some studies have suggested switching to e-cigarettes could help smokers stay away from cigarettes, which generally have more harmful chemicals when burned. But new research shows the opposite effect.

[2] People who quit smoking and switched to another form of tobacco use, including e-cigarettes, were more likely to go back to regular cigarettes a year later than those who quit altogether by 8.5 percentage points, according to data from a study conducted by the National Institute on Drug Abuse and the US Food and Drug Administration Centre for Tobacco Products.

[3] Researchers followed 13,604 smokers identified between 2013 and 2015 for two years. Participants completed surveys about their use of 12 different tobacco products, such as cigars, pipes and hookah.

[4] The study was published last month in the journal JAMA Network Open. “This is the first study to take a deep look at whether switching to a less harmful nicotine source can be maintained over time without returning to cigarette smoking,” said study author Dr John Pierce, a professor of family medicine and public health at the University of California San Diego.

[5] If switching to e-cigarettes was a way to quit cigarette smoking, then those who switched to e-cigarettes should not be as likely to relapse and smoke cigarettes again, Pierce said. “We found no evidence of this.”

[6] Among people who quit using all tobacco products, 50 per cent were successful at staying away from regular cigarettes by the second follow-up with researchers a year later. However, fewer people (41.5 per cent) who first quit then switched to another method such as e-cigarettes went back to smoking regular cigarettes later. These adults were more likely to be white and have higher incomes and tobacco dependence, the researchers found.

[7] E-cigarettes are still new, so scientists are learning about long-term health effects they may cause, according to the US Centres for Disease Control and Prevention (CDC). They have fewer harmful chemicals than regular cigarettes, but the CDC said e-cigarette aerosols could carry cancer-causing chemicals and “tiny particles that reach deep into the lungs”. E-cigarettes also contain nicotine, which is addictive.

[8] Newer models of e-cigarettes use nicotine salts that allow higher levels of the substance to be inhaled with less throat irritation. Experts say this could increase nicotine dependence in some people and lead others, particularly teens and young adults, to try smoking for the first time.

[9] Vitamin E acetate – a specific additive in some e-cigarettes, “is strongly linked” to lung injuries associated with e-cigarettes, which peaked in September 2019. The additive could disrupt lung function when inhaled, the CDC said.

[10] The study’s researchers said a third follow-up survey was needed to understand if switching from regular to e-cigarettes and back again was a pattern of relapse or progress toward successful quitting. Source: Tribune News Service, October 27

2. Which of the following is a type of tobacco product? A. pipe B. cigar C. hookah D. all of the above

3. What is the purpose of the study mentioned in paragraph 4?

4. Find a word in paragraph 5 that means to “return to a worse behaviour after making an improvement”.

5. According to Dr Pierce in paragraph 5, what should the result have shown to prove that e-cigarettes could help people quit smoking?

6. What percentage of participants were able to stop smoking regular cigarettes a year after they stopped using all tobacco products, according to paragraph 6?

7. According to paragraphs 6 and 7, are the following statements True, False or Not Given in the text? (i) Those in the study who earned more were more likely to switch back to smoking regular cigarettes. (ii) Regular cigarettes have just as much harmful chemicals as e-cigarettes. (iii) Scientists are still unsure of exactly how e-cigarettes affect our health. (iv) Asians are more likely to quit smoking than other racial groups.

8. According to paragraph 8, what effect might the use of nicotine salts in e-cigarettes have on teens, and why? (2 marks)

9. Which of the following best describes Vitamin E acetate according to paragraph 9? A. It is toxic and should not be rubbed on one’s skin. B. It can cause lung injury when breathed in. C. It is harmful when consumed as a vitamin supplement. D. It is addictive when added to e-cigarettes.

Even if e-cigarettes generally have fewer harmful chemicals than regular cigarettes when burned, they can still damage your lungs. Photo: Shutterstock

1. C 2. D 3. to find out whether switching to a less harmful nicotine source can be maintained over time without returning to cigarette smoking 4. relapse 5. those who switched to e-cigarettes should have much lower relapse rates to cigarette smoking 6. 50 per cent / 50% (any 1) 7. (i) T; (ii) F; (iii) T; (iv) NG 8. Nicotine salts might entice teens to try smoking because they cause less throat irritation when inhaled. 9. B