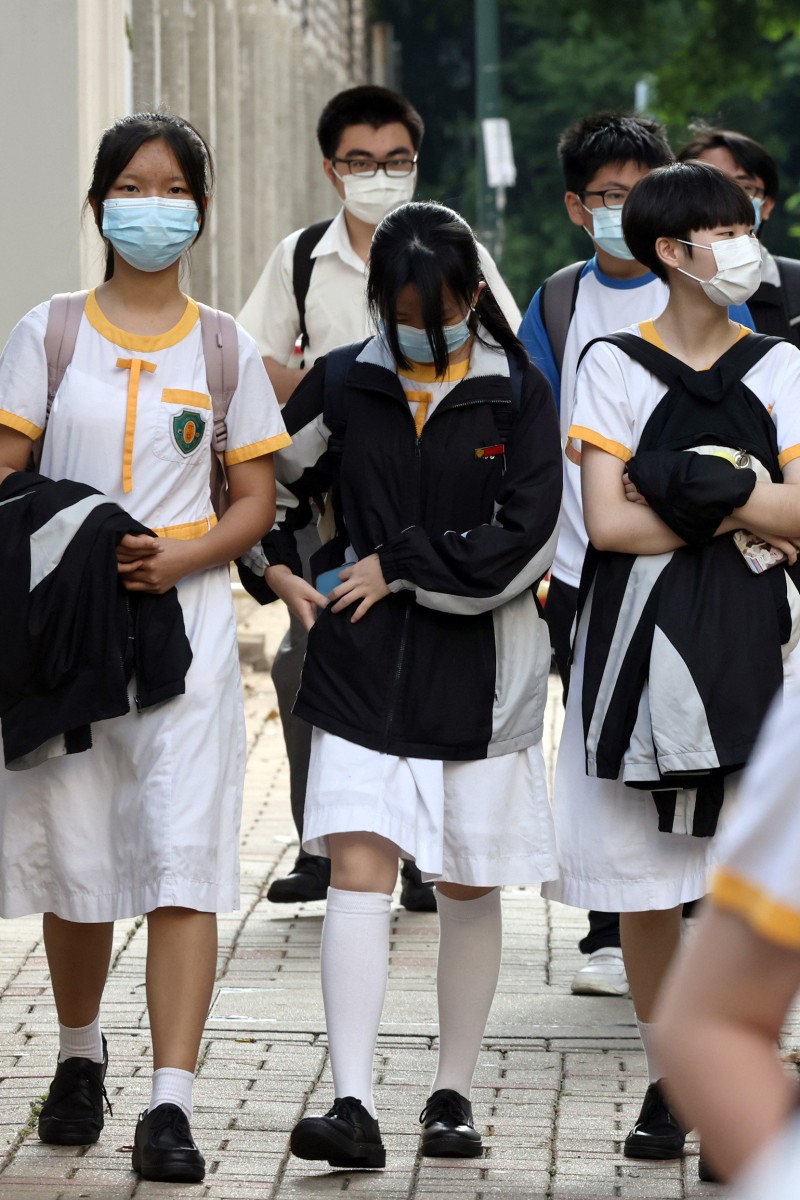 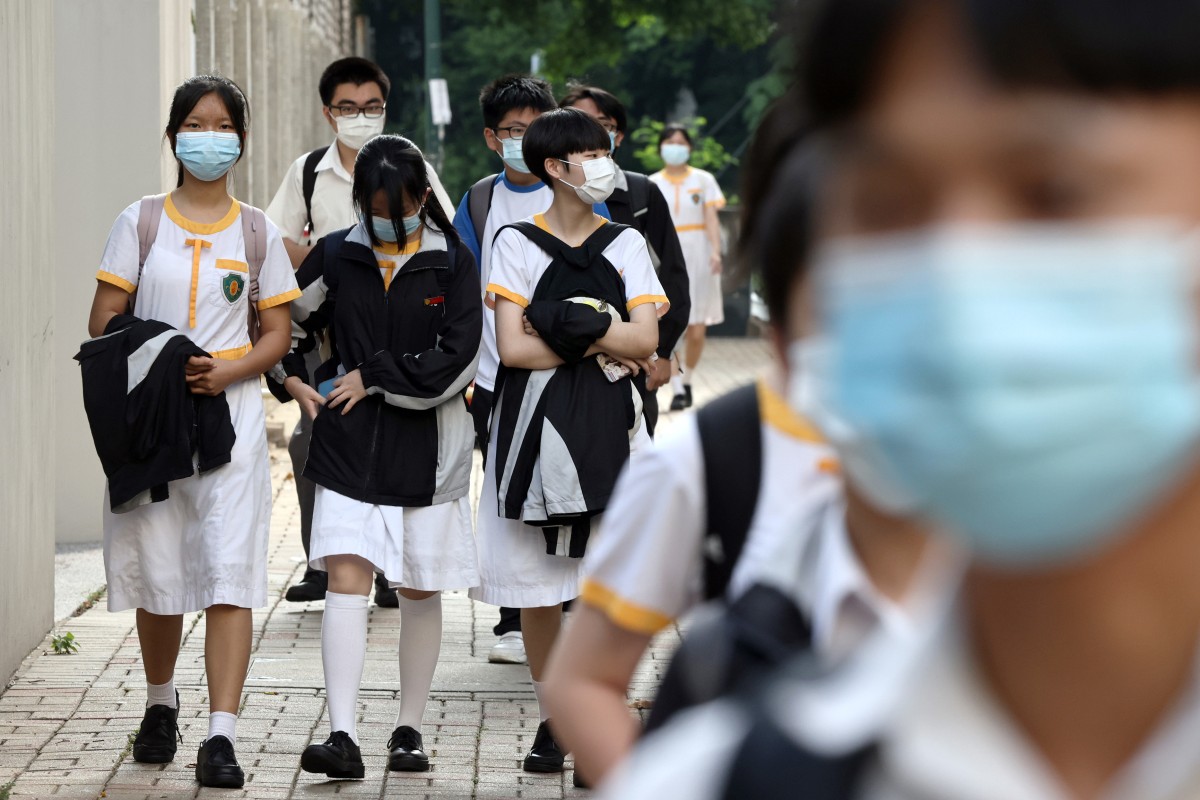 [1] More than half of some 3,600 Hong Kong secondary school pupils questioned by a youth group showed signs of depression, researchers said. The Federation of Youth Groups poll in October found that while more than a third of secondary school students were happy to be back in school for the new term, 51.9 per cent of them scored over 16 points on a 20-question depression scale.

[2] More common symptoms included fatigue, a loss of focus, and anxiety over issues that were previously not of concern, said Hsu Siu-man, deputy executive director of the federation, the city’s largest youth service organisation. The federation surveys students every two years using the US Centre for Epidemiological Studies Depression Scale. Since 2017, the number of pupils scoring more than 16 points has hovered at about 50 per cent. The 2017 sample included university students as well.

[3] At the same time, 48.6 per cent of those surveyed also reported “relatively high” stress levels. While the proportion of stressed students this time is slightly down from the 10-year high of 52 per cent in 2020, it is still almost 10 percentage points higher than in 2017.

[4] Yrainse Lam Kam-fong, team leader of the federation’s school social work unit, said the results were in line with observations of frontline social workers at the city’s schools. “The heavier workload and faster pace of instruction is stressing them out,” Lam said. The heavy workload was among the biggest concerns of the students surveyed. Lower than expected grades were the top worry of pupils, with nearly 40 per cent of them saying they were anxious about test scores.

[5] Ken Hui Keung-mau, who is in charge of a youth counselling hotline, said this year was also the first time counsellors had heard students worry about how hard it was to make new friends as their social circle had begun to emigrate. “As the coronavirus pandemic means they have less time to socialise in school with no meal times, they are finding it hard to make new friends,” Hui said.

[6] Hsu called on schools to adopt accepted measurement tools developed by universities to identify at-risk students, as well as to foster a more caring and accepting environment. Students should also be taught to know that seeking help was not a sign of weakness, she added. Lam, meanwhile, said teachers played an important role in being able to identify signs of stress, particularly among pupils who had just started secondary school and were still adjusting. “If they can notify parents earlier on, then that would be a big help to the students,” she said.

[7] The need for more mental health resources has recently grown in Hong Kong. Health authorities have expanded a mental health support scheme for students from 17 schools in 2017 to 210 this year. They have also started a citywide mental health prevalence survey for children, adolescents and the elderly to help with the development of services.

If you are having negative thoughts, or you know someone who is, help is available. For Hong Kong, dial 9088 1023 for Youth Outreach or 2896 0000 for The Samaritans. You can also find help and other useful resources at CoolMindsHK.Adapted from South China Morning Post, November 2

1. Which of the following is a finding from the poll according to paragraph 1? A. Most students feel indifferent about the resumption of school. B. A majority of teenagers are extremely stressed compared to adults. C. Depression among young people is at its highest level ever. D. none of the above 2. What were the more typical symptoms that respondents reported according to paragraph 2? (3 marks)

3. Based on the findings in paragraph 3, which year in the past decade did students report feeling most stressed?

4. What stressors are students facing in school according to paragraph 4? (3 marks)

5. Find a word or phrase in paragraph 6 that means “inclusive”.

6. What did Yrainse Lam mean when she said new secondary school students were still adjusting in paragraph 6?

7. Whom does “they” refer to in the last sentence of paragraph 6?

8. What sorts of mental health support has the city’s health authorities recently provided for students? (2 marks)

9. Decide if these statements are True, False or Not Given in the text. (i) Some youth are feeling isolated at school because their peers have left the city. (ii) Social workers at school have reported many of the same trends the survey revealed. (iii) Many of the respondents expressed concern about having issues adjusting to the slower approach of learning now that they are back in school. (iv) More teachers are being trained to identify symptoms of stress and fatigue in students.

1. D 2. fatigue, a loss of focus, anxiety over issues that were previously not of concern 3. 2020 4. heavier workload, faster pace of instruction, anxiety about test results 5. accepting 6. She meant that these students are still trying to get comfortable with changing from primary to secondary school. 7. teachers 8. They have expanded a mental health support scheme for students from 17 schools in 2017 to 210 this year, while also starting a citywide mental health prevalence survey to help develop services. 9. (i) T; (ii) T; (iii) F; (iv) NG