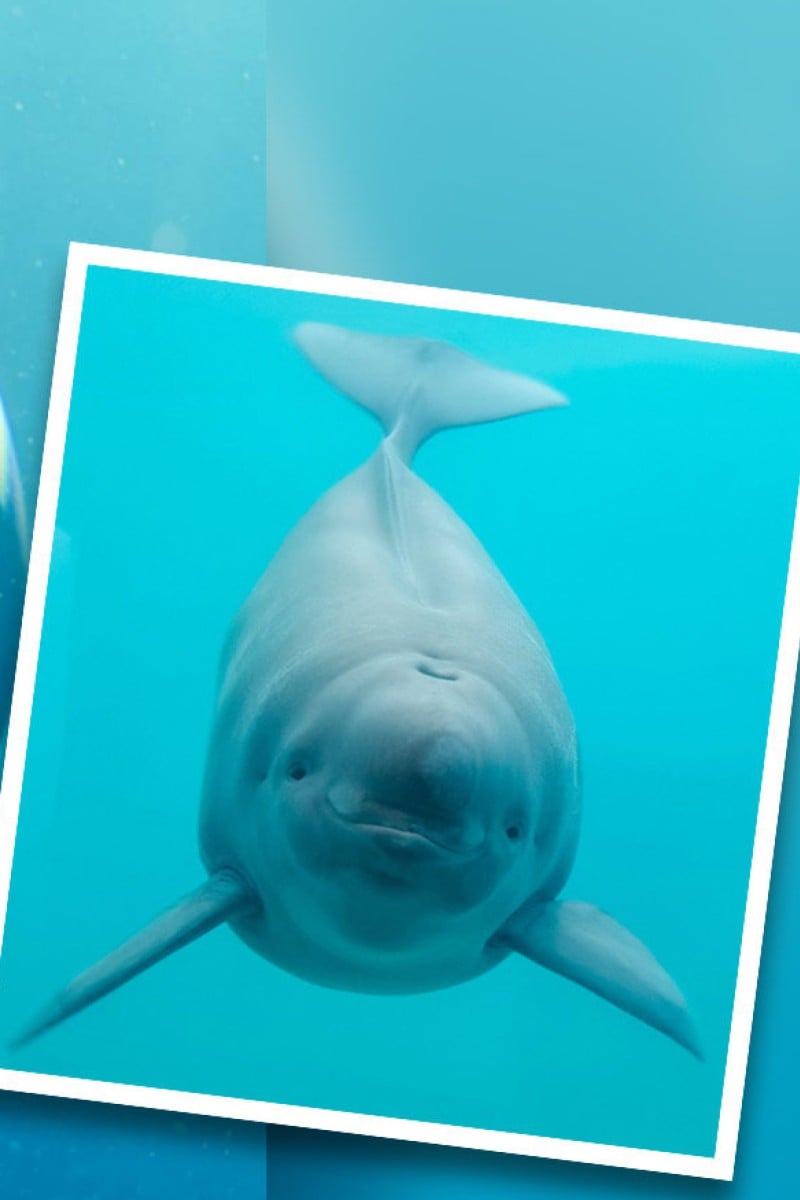 53 mins ago
GlobalRussian invasion of Ukraine 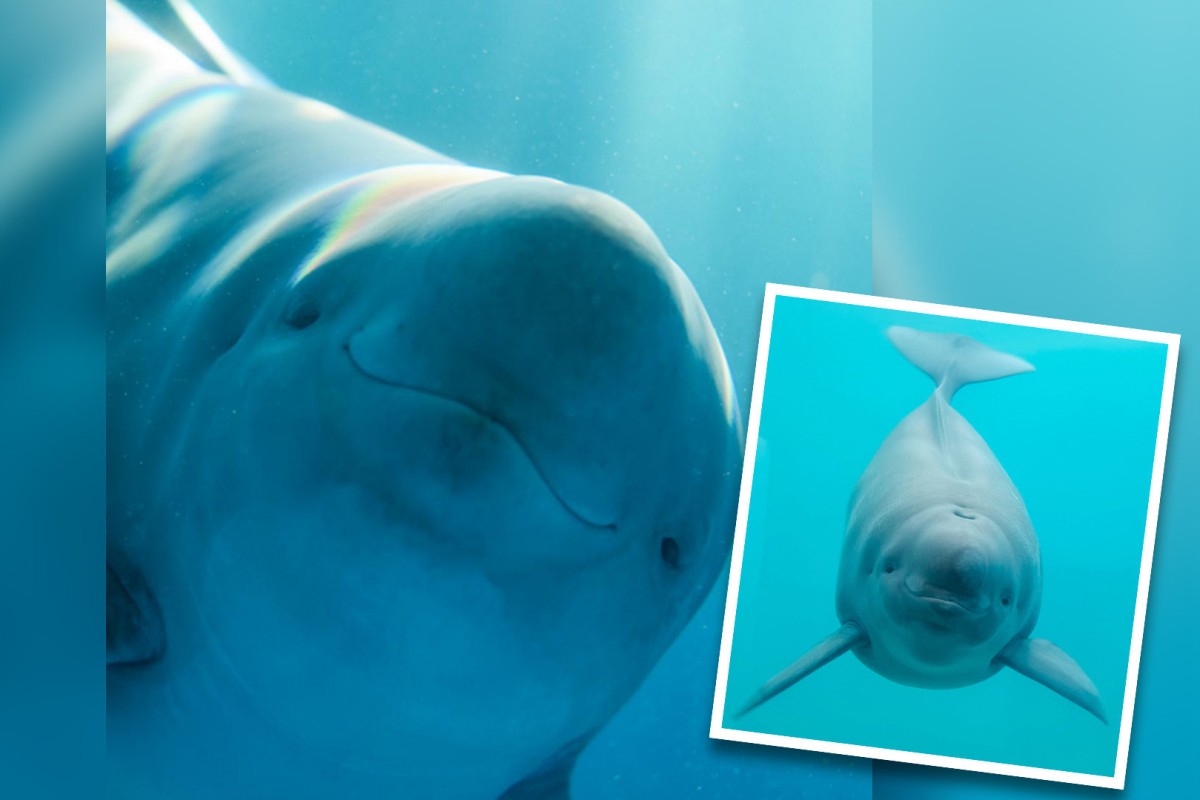 [1] The Yangtze finless porpoise is declining in population. Attempts to save them include fishing bans to raise public awareness and even using artificial breeding to learn how to protect the animals.

[2] One porpoise, born in 2020 in captivity, offers a ray of hope. That is because it is the first second-generation Yangtze finless porpoise that was born through an artificial breeding programme in Wuhan, in the Hubei province in central China.

[3] For International Freshwater Dolphin Day on October 24, three Chinese organisations arranged an online contest to name the porpoise, according to China Daily. The winning name was Hanbao, a mash-up of words that could mean “little baby” or “treasure” while winking at the porpoise’s birthplace of Wuhan.

[4] It received 1,211 name suggestions. These went to a public poll, and Hanbao won 42 per cent of the votes. This was an attempt to raise public awareness about protecting the freshwater finless porpoise population.

[5] Hanbao is the son of a female porpoise named Tao Tao. She was the first finless porpoise born through artificial breeding. The breeding programmes are important because Yangtze finless porpoises have experienced a steep population decline in the past 30 years, mostly because of human activity. According to a CGTN news article from October, the population fell from an estimated 2,500 in 1991 to 1,012 in 2017. It is unclear if Tao Tao or Hanbao will ever live in the wild. Animals born in captivity often struggle to adapt to life in the wild and die.

[6] The Chinese Academy of Sciences in Beijing said breeding porpoises in captivity is valuable because it “enhances people’s understanding of the biological characteristics and life habits of the porpoises and provides technical support for their natural conservation”. In September 2021, Hao Yujiang, an associate researcher at the Chinese Academy of Sciences, said in a press release that Hanbao’s birth marked a “breakthrough” in the artificial breeding programme.

[7] Yangtze finless porpoises are one of the few remaining freshwater cetaceans, which include certain whales and dolphins. They are categorised as “critically endangered”, according to the International Union for Conservation of Nature. About half of the population lives in Poyang Lake in Jiangxi province. In an attempt to revive the struggling Yangtze River ecosystem, the Chinese government banned commercial fishing on large parts of the river starting on January 1, 2021. The next year, the ban was extended to cover the entire river and key tributaries.

[8] They hope finless porpoises do not follow the fate of the baiji, the Chinese river dolphin, which is also a freshwater cetacean. It has not been spotted in the wild for 20 years and was declared extinct in 2006. The dolphin’s extinction is a sad story because an estimated 6,000 dolphins were living in the Yangtze River during the 1950s, which was considered a healthy population. Source: South China Morning Post, October 29

1. In paragraph 1, ways to increase the population of Yangtze finless porpoises include ... A. placing a ban on fishing. B. breeding the animal. C. educating the public. D. all of the above

2. Find a phrase in paragraph 2 that refers to “a small amount of optimism in a difficult situation”.

4. Decide whether the following statements are True, False, or the information is Not Given in paragraphs 3 and 4. Blacken ONE circle only for each statement. (4 marks) (i) There were 42 potential names to choose from in the poll. (ii) The majority of female voters agreed with the name Hanbao. (iii) The name Hanbao also refers to where the porpoise was born. (iv) The organisers of the poll hoped that the public would learn more about the plight of the finless porpoise population through the event.

5. What is unique about Hanbao’s mother according to paragraph 5?

6. According to paragraph 5, human activities have caused a drastic _______ in the Yangtze finless porpoise population. A. increase B. drop C. weakening D. boost

7. What might happen to Hanbao if he is released into the wild, and why? (2 marks)

8. List TWO things the Chinese river dolphin and the Yangtze finless porpoise have in common according to paragraph 8. (2 marks)

1. D 2. ray of hope 3. an online contest to name the porpoise 4.(i) F; (ii) NG; (iii) T ; (iv) T 5. She was the first finless porpoise born through artificial breeding. 6. B 7. He might die because animals born in captivity often struggle to adapt to life in the wild. 8. They are both freshwater cetaceans; They both used to have healthy populations in the Yangtze River. 9. becoming extinct