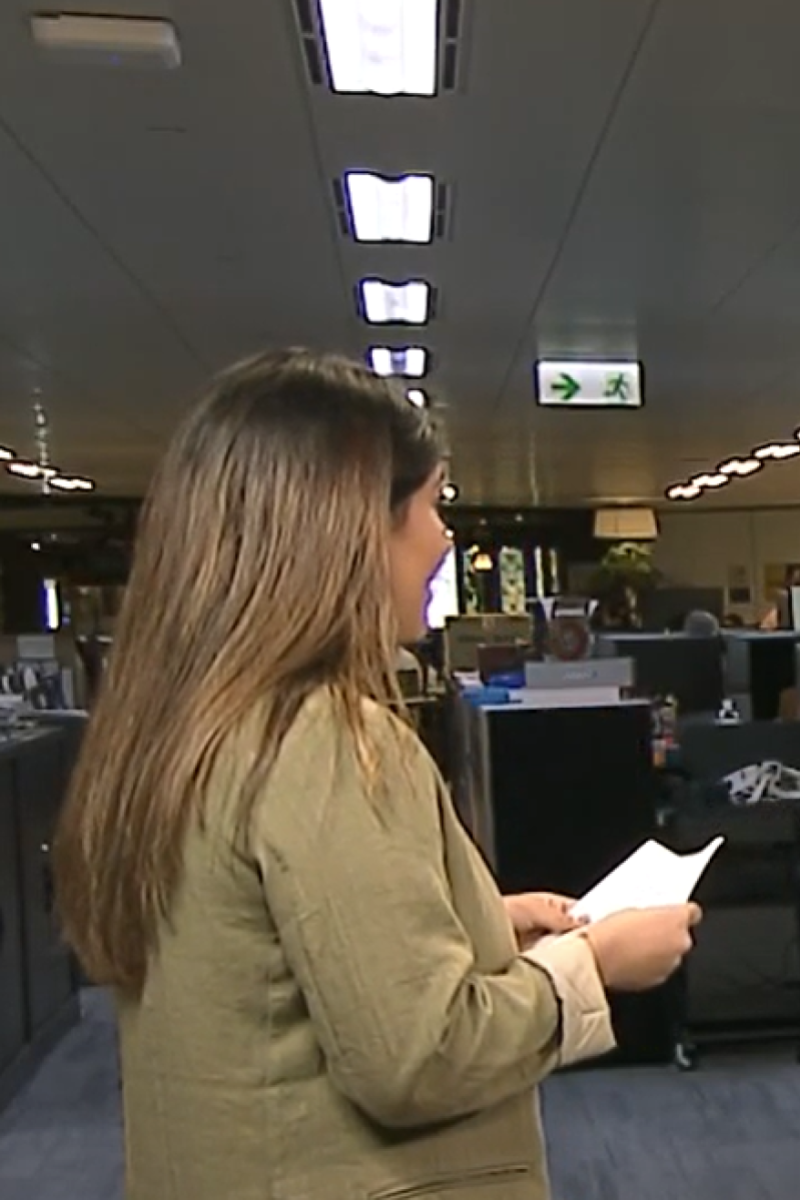 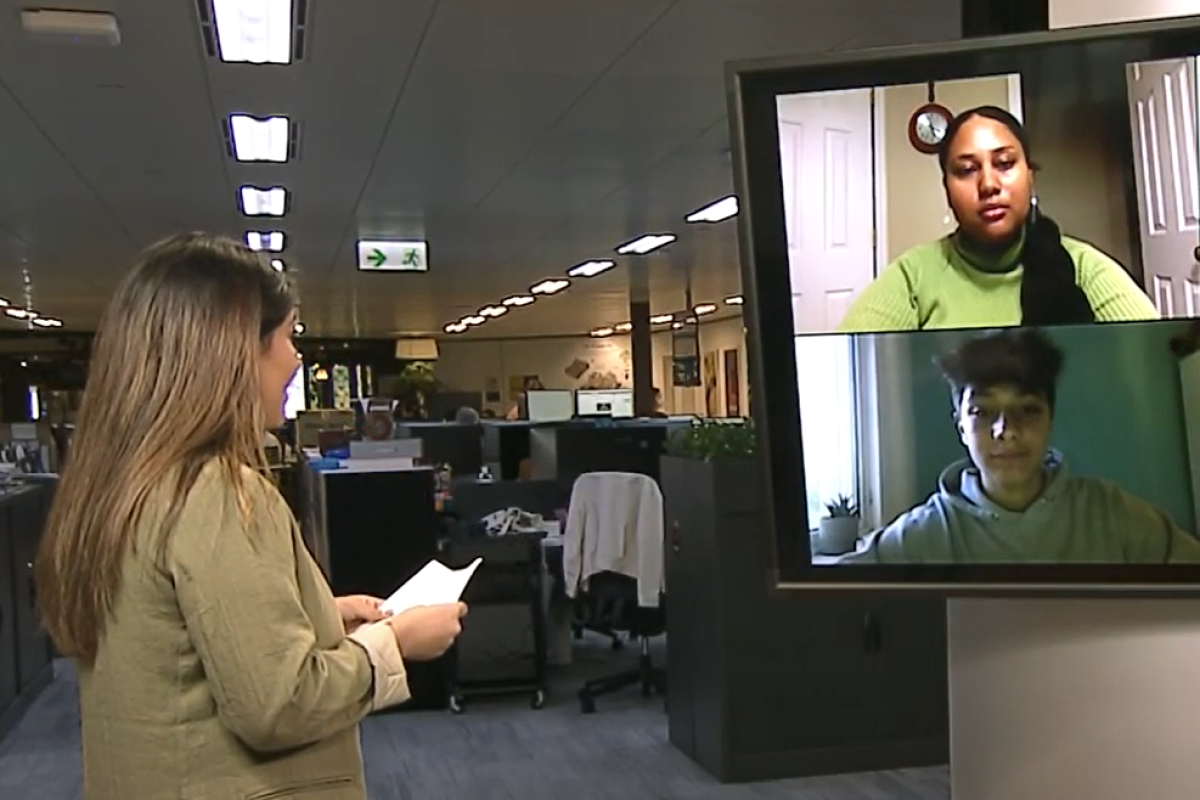 5. According to Elsa, what existing issue has the coronavirus highlighted in her country? A. mental health issues faced by climate activists B. the vulnerability of minority groups C. unpredictable extreme weather events D. worsened rental housing crisis

7. Based on the video, are the following statements True, False or Not Given? (4 marks) Statements (i) The climate strike Mitzi Jonelle organised in April took place in spite of the coronavirus. (ii) Seth Longcroft plans to organise a school strike for climate as soon as the lockdown in the UK is lifted. (iii) Elsa Mengistu believes Covid-19 provides an opportunity for people to look into how the climate crisis will affect small pockets of people within a community. (iv) Bianca Lee thinks climate activism in a loss cause in Hong Kong because social unrest has taken precedence over environmental concerns in the city.

9. How does Seth think Covid-19 will affect the climate movements in general going forward? A. TikTok to be more used more frequently as a medium rather than Facebook B. less discussions on carbon footprint C. a greater shift from offline to online activities D. information not given

10. Which section of a climate action website are you most likely to find this video? A. climate solutions B. activist hub C. global school climate strikes D. emergency appeals

[1] Rhea Mogul,Young Post reporter: Climate activism looks a little bit different this year. In light of the coronavirus pandemic, students are continuing their school strikes online, rather than taking to the streets in the hundreds of thousands. But despite these setbacks and the lockdowns, they remain committed and determined to raise awareness about the climate crisis. Joining me now are four students from around the world who in spite of the lockdowns, remain enthusiastic and committed to continuing the conversation.

[2] Rhea Mogul: Seth, you’ve been to climate strikes before where thousands have gathered in the streets. How do they [digital strikes] compare?

[3] Seth Longcroft, youth climate activist from United Kingdom: They’re not in the numbers that they were before. And it’s not really a sense of community like it was before. It feels different, and the atmosphere is different.

[4] Rhea Mogul: Mitzi, you’ve been organising strikes in the Philippines for a while now, you started last year. When the pandemic broke out, how did you react and what was your plan of action?

[5] Mitzi Jonelle, youth climate activist from the Philippines: We were in the middle of planning for a [big strike for April 24] when the quarantines were announced. We were trying to figure out if we would still be quarantined during that time, because back in March, we didn’t know what would happen in April. It’s so hard to plan even one month ahead. You won’t know what’s going to happen with everything. So we were just so surprised, we were scrambling, trying to think of plan A, B, C … depending on what situation we’d be in. And then in the end, everything just had to be online.

[6] Rhea Mogul: Elsa, through your activism, you shed a light on how climate change impacts marginalised communities and different racial groups. Do you think the pandemic has brought more attention to these issues? And how are you using your platform to address this right now?

[7] Elsa Mengistu, youth climate activist from the United States: Living though Covid-19 in the United States, we can see a large disparity in who is impacting by this virus compared to other communities. And in high disproportionate rates, they are black communities, brown communities and communities with limited access and resources. And that is the same thing that we will see with the climate crisis, and the issues that brings on its own.

[8] Elsa Mengistu: So I think this crisis has highlighted already existing issues but also gives us a pathway to look into how climate crisis will impact us down the road and now. Currently … my focus as an organiser and an advocate, is to bring awareness about how culture intersects with social issues. I do that by trying to bridge gaps between random things that we don’t see that are connected to climate change. I do that through just talking to people, political education. I’m on Twitter a lot and I just tweet, and working with kids behind the scenes.

[9] Rhea Mogul: That’s really wonderful. Bianca, you’re in Hong Kong, and of course last year, a lot of the climate strikes were cancelled or postponed because of the city-wide anti-government protests. Do you think students your age have lost hope, or are they still as determined as before to continue with their campaigns and with their activism?

[10] Bianca Lee, youth climate activist from the Hong Kong: I don’t think there’s a loss of hope. Rather, there’s a change in priorities. Right now, people don’t think that the main concern is worrying about climate change when there are many other issues in the world to worry about. And I guess the pandemic is definitely one of them and the social unrest in Hong Kong was another. I think that especially among young people, there isn’t a lack of hope, rather a case of bad timing. It doesn’t have to halt completely. This time last year, there were still climate strikes [in Hong Kong].

[11] Rhea Mogul: How do you think the pandemic has shifted the way young people will use their platform and continue with activism with climate change? Seth, do you want to go first?

[12] Seth Longcroft: I think a lot of the activism will be through online stuff, so social media.

[13] Elsa Mengistu: The pandemic has forced us to relook at how we look at the community and how we [regard] people in community. We can’t get together, we can’t organise [physical marches] but I can still reach people. How do we do that? I think that’s something we have been given a chance to rethink.

[15] Mitzi Jonelle: If we had to look for a silver lining, because we are all forced to go online, we were able to forge these international connections. Look at this call. This wouldn’t have happened on a normal day, where we’d be able to hear stories of activists from all around the world, across different time zones. This is something I really got into during this quarantine period. I’ve been connecting with so many wonderful activists from different countries. It’s something that we really need to maintain – these relationships. We need to build on these relationships and maintain these connections because in the end, we need a united youth across the world to solve this global climate crisis.

[17] Bianca Lee: In addition to everything being shifted online, our school has a yearly climate action day. This is generally hosted in the spring. We obviously couldn’t experience that as a school community this year. It was optional. I think there was definitely less engagement within the community, so I definitely think there are positives and negatives to having everything online, because online also means optional. And adding on to what Mitzi said about the silver lining and all these, it kinda sifts out who cares about this and who doesn’t. And obviously we need everybody thinking about the environment, protecting the environment.

[18] Rhea Mogul: Thank you guys so much for joining us. Good luck with everything – with your activism, and with your campaigns. We really enjoyed having you here today.

(ii) how the coronavirus pandemic has affected climate strikes/climate activism

8. the global pandemic providing the opportunity for climate activists around the world to come together