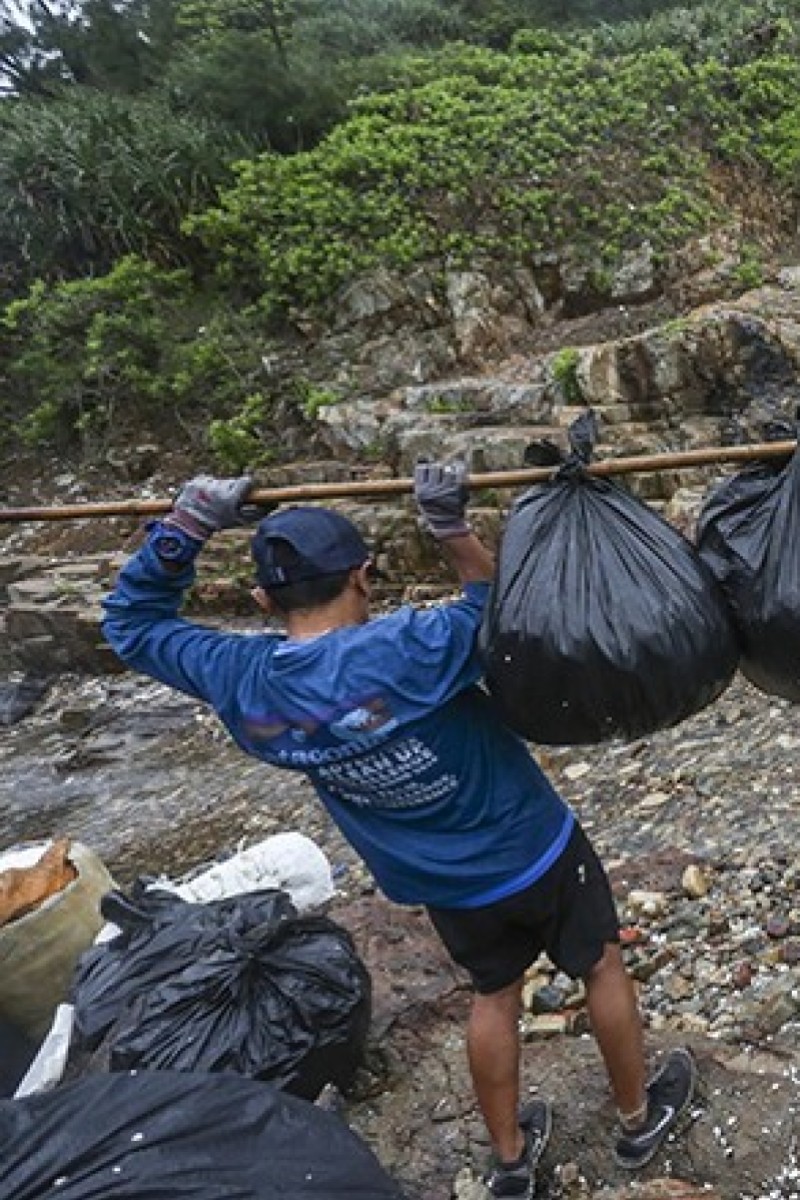 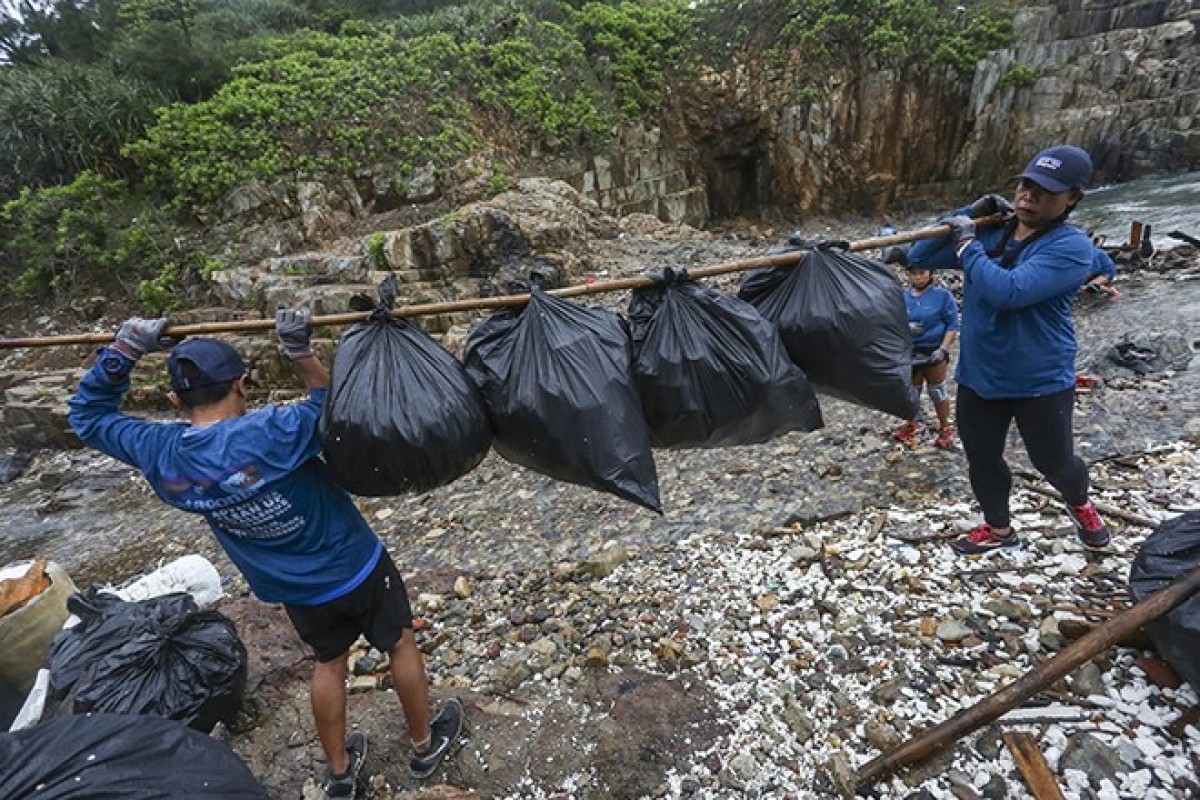 The Filipino Dynamos are one of six teams participating in the month-long Adventure Clean Up Challenge. Photo: SCMP/Jonathan Wong

6. Based on the video, are the following statements True, False or Not Given? (3 marks) Statements (i) Volunteers form their own teams to participate in the Adventure Clean-up Challenge. (ii) Liza gives mountain climbing lessons in her spare time. (iii) The members of “Filipino Dynamos” first met through rock climbing.

7. According to Esther, what happens to the bits of Styrofoam if they are left in the soil for too long? A. They release poisonous gas into the soil. B. They mix with the soil and become part of it. C. They form clumps which can be removed much more easily. D. None of the above.

10. Which of the following best describes Liza’s tone at the very end of the video (2:28-2:43)? A. impassioned B. dejected C. sceptical D. optimistic

[1] Text on screen: These Filipino domestic helpers only get one day off a week. They are spending it cleaning this hard-to-reach beach.

[2] Liza Avelino, volunteer at Adventure Clean-up Challenge: I always love Hong Kong. I’ve been here [for] 23 years, and it’s my second home. I’m proud to be a part of the coastal clean-up. All of us, [on our] first time to arrive in Hong Kong, experience that day off sitting in the square, and there’s nothing there for us. It feels so empty. And knowing that we do water sports, I feel like we want to be in the water, in the clean water.

[3] Text on screen: The team signed up for the “Adventure Clean-up Challenge”. The one-month campaign encourages rubbish collection from out-of-the-way beaches.

[4] Esther Roling, co-founder at Adventure Clean-up Challenge: We sort of pick the locations depending on the qualities of the teams. For example today, the location where we are now, especially because it has been [raining heavily], it’s quite slippery. There is a fixed rope to sort of rappel into the location.

[5] Liza Avelino: My team is … I [first know them] through hiking, and I found that they are very outdoorsy. Some of them actually do rock climbing. And on my day off, I do mountain climbing. It’s very active, so I wanted to use that opportunity. We formed a team. We called it “Filipino Dynamos”. I think it’s very meaningful to do something that you love, and at the same time, you help preserve the environment.

[6] Esther Roling: Here is a lot of Styrofoam, and a lot of Styrofoam that’s already in the state of breaking up. It gets integrated into the soil. You have here, tonnes of bottles, plastic bottles, hundreds of flip flops … it’s just ruining nature.

[7] Liza Avelino: Seeing this is so depressing. One day, we’ll be drowned in rubbish. Maybe I’m just imagining it, but it feels like, for me, I don’t want to die being buried in plastic and Styrofoam rubbish.

[8] Liza Avelino: Once we’re done cleaning up, probably it’s going to be very beautiful. I’m inviting my team to come here and have a picnic.

5. Some members of her team have experience in rock and mountain climbing, and are able to navigate the terrain.

8. lots of rubbish being thrown away/discarded in natural habitats

9. because she felt depressed looking at the amount of rubbish and feels that everyone will be drowned in it eventually