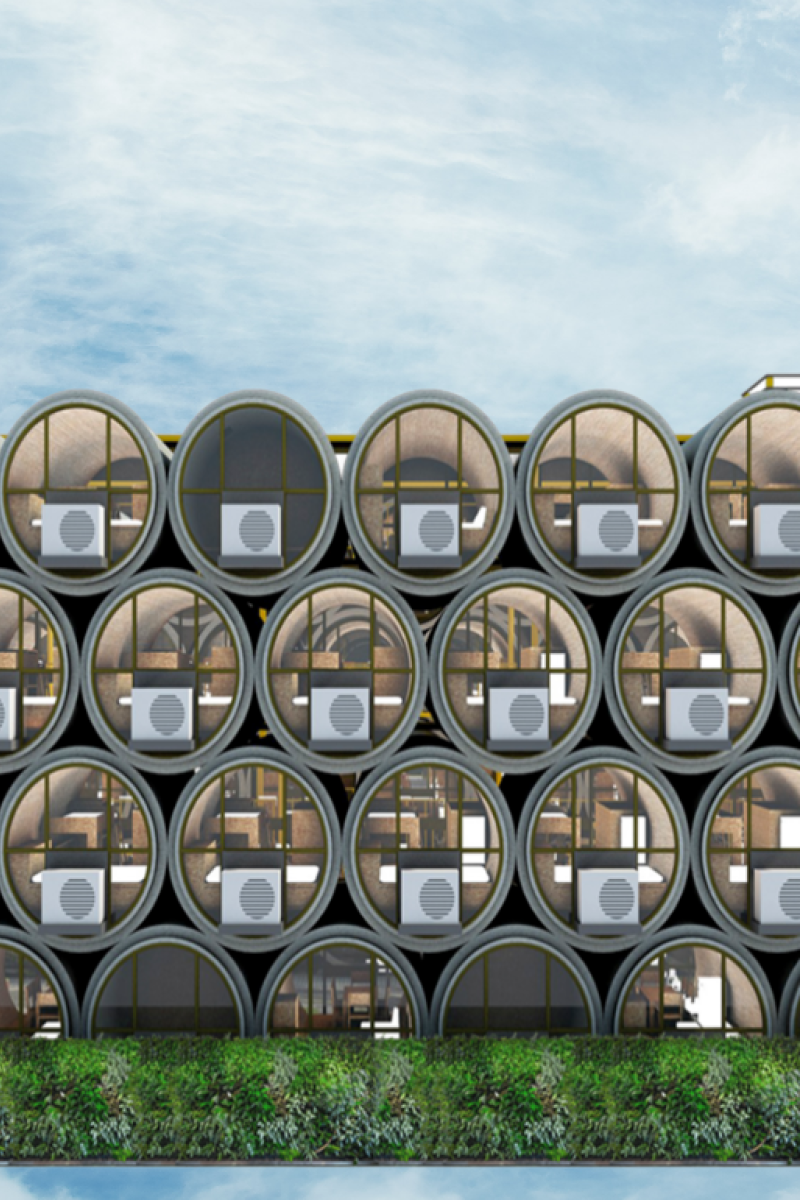 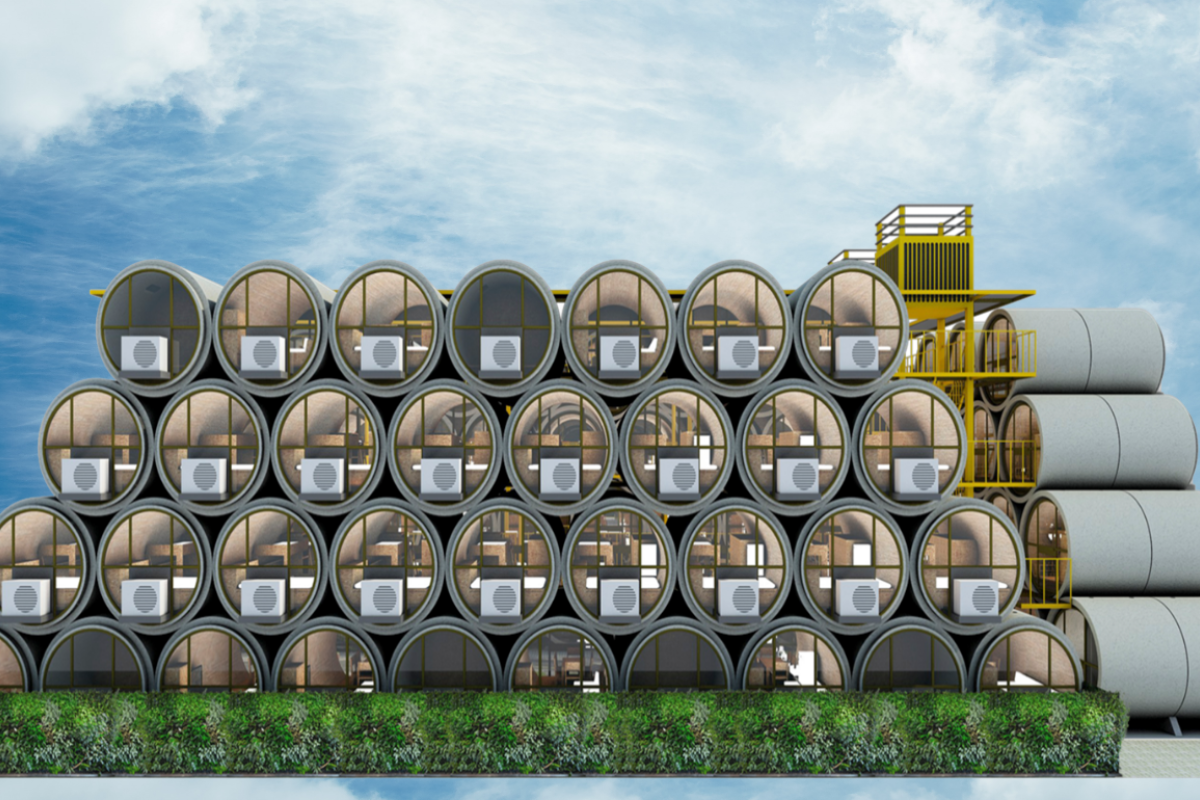 2. Which of the following can be used to replace the phrase “pipe dream” as used in the beginning of the video (0:00-0:23)? A. vain hopes B. realistic ambitions C. wasted efforts D. high expectations

9. Listen to the end of the video (3:26-3:44). What does “the things that they are facing” refer to? A. demand for urban green spaces B. lack of creative residential buildings C. shortage of affordable house in the city D. None of the above.

10. Based on Alkira’s experience of spending a night in the O-Pod, how might she feel if she were told she had to live there for a year? A. eager B. frustrated C. nonchalant D. delighted

[1] Alkira Reinfrank: For millions of people, owning an apartment in Hong Kong is simply a pipe dream but I’m going to show you one architect’s vision that may just make this pipe dream become a reality literally.

[2] Alkira Reinfrank: The O-Pod is a 100 square foot home made out of two concrete water pipes, the brainchild of architect James Law.

[3] James Law, architect: I came across this idea one day when I was on the construction site and I saw a lot of these big concrete water tubes left over on the site and I walked into one of them, and I was really surprised. I thought: “Wow, they’re pretty big. Wouldn’t it be kind of cool and funky if I could get some of these tubes for a very low price and convert [them] into an experimental house, and see [how] people will respond to it.

[4] Alkira Reinfrank: I’m gonna be staying in the O-Pod overnight to see if someone could actually live here. So, this little studio has come decked out with a shower and a toilet. This is the first build and it’s so public you can walk through, which means the plumbling hasn’t been connected yet.

[5] Alkira Reinfrank: Hong Kong’s housing prices have soared four hundred and thirty per cent, making it one of the world’s least affordable cities. A family earning US$38,000 per year before tax would have to save all their salary for about 18 years to afford the median home price of US$700,000. That would only get them a 500 square foot flat in many areas of the city. Some families have resorted to extreme measures to find affordable housing, living in so called “coffin homes” which can be as small as 25 square feet. The O-Pod is about four times that size.

[6] Alkira Reinfrank: I’m just making an instant noodle dinner right now. As you can see, it’s a very small kitchen. You’ve got a microwave and a small refrigerator and sink, so I thought the easiest one to make was just some noodles and some veggies to go along with it.

[7] James Law: It won’t have a cooker because maybe young people anyway, don’t cook. They just buy takeaway, they would do the reheating and that’s fine. That would be a kitchen, so it’s an excuse for making a very small kitchen. So we can actually convert this into a bed. At the front of the sofa – this is lifted up, very simple. And then you can pull out a set of legs, rotate them round and then this mattress can be [slid] down like this and then we just reposition these cushions and there we go. Volia!

[9] Alkira Reinfrank: So, I’m gonna start heading to bed soon. It’s gotten pretty cold, it’s still about nine degrees outside. In here, it’s looking like it’s 11 degrees at the moment. I’ve got my very, very warm hot water bottle and also, some very kind people at work have given me an emergency blanket.

[10] James Law: I really made O-Pod as a little piece of inspirational creativity, which I hope to be creating [a] kind of optimistic look at the problem; experimenting with novel ideas that tackle … the things that they are facing.

[11] Alkira Reinfrank: Stay at the O-Pod has actually been a lot of fun. It’s very cozy but still surprisingly spacious and I have no doubt that this could be used as a temporary solution for people to come in before they move on to their permanent home, but it is quite small and I would say that maybe living in here up to one month or two months is the limit.

[12] Alkira Reinfrank: That’s me done for the day. See you later.

1. find out if the O-Pod is a potential solution to Hong Kong’s housing crisis hitting Hong Kong

3. He was at construction sites when he saw the leftover materials and thought they are big enough to be converted into a house.

7. a microwave for heating up food because the architect thinks the intended occupants of the O-Pod would not be cooking/would be mostly buying takeaway