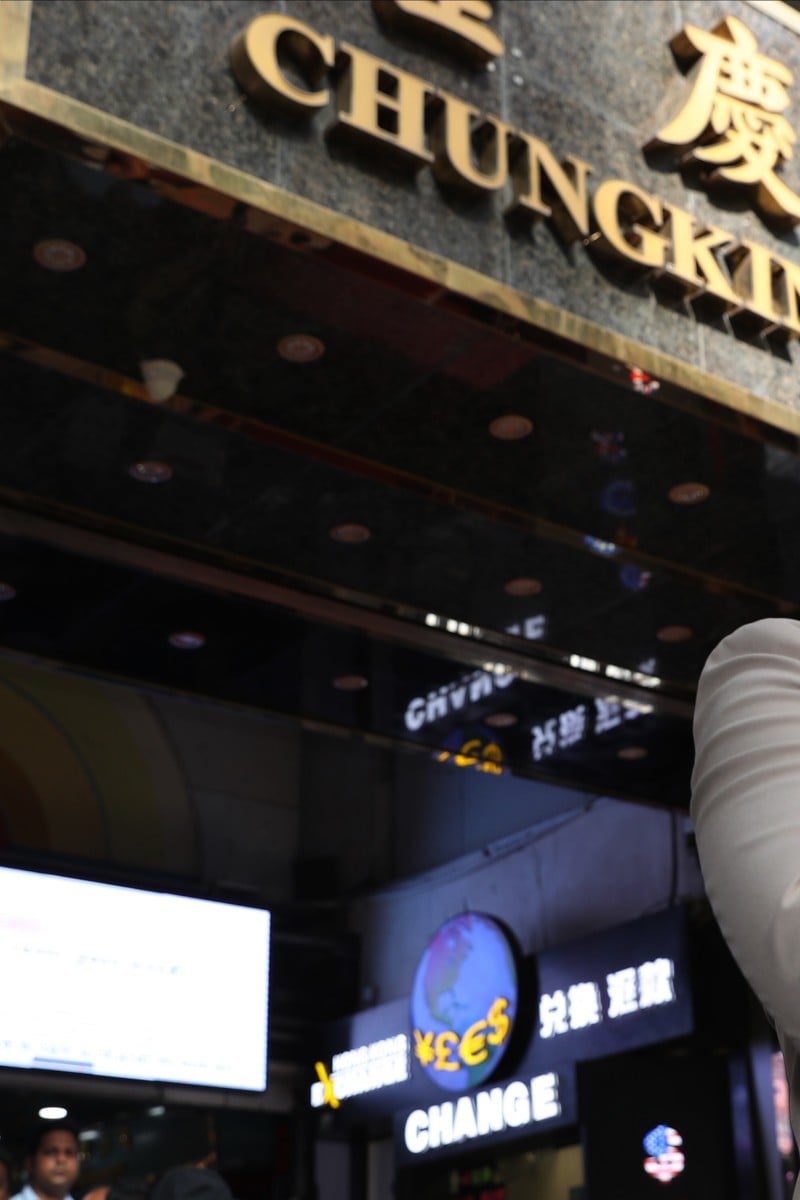 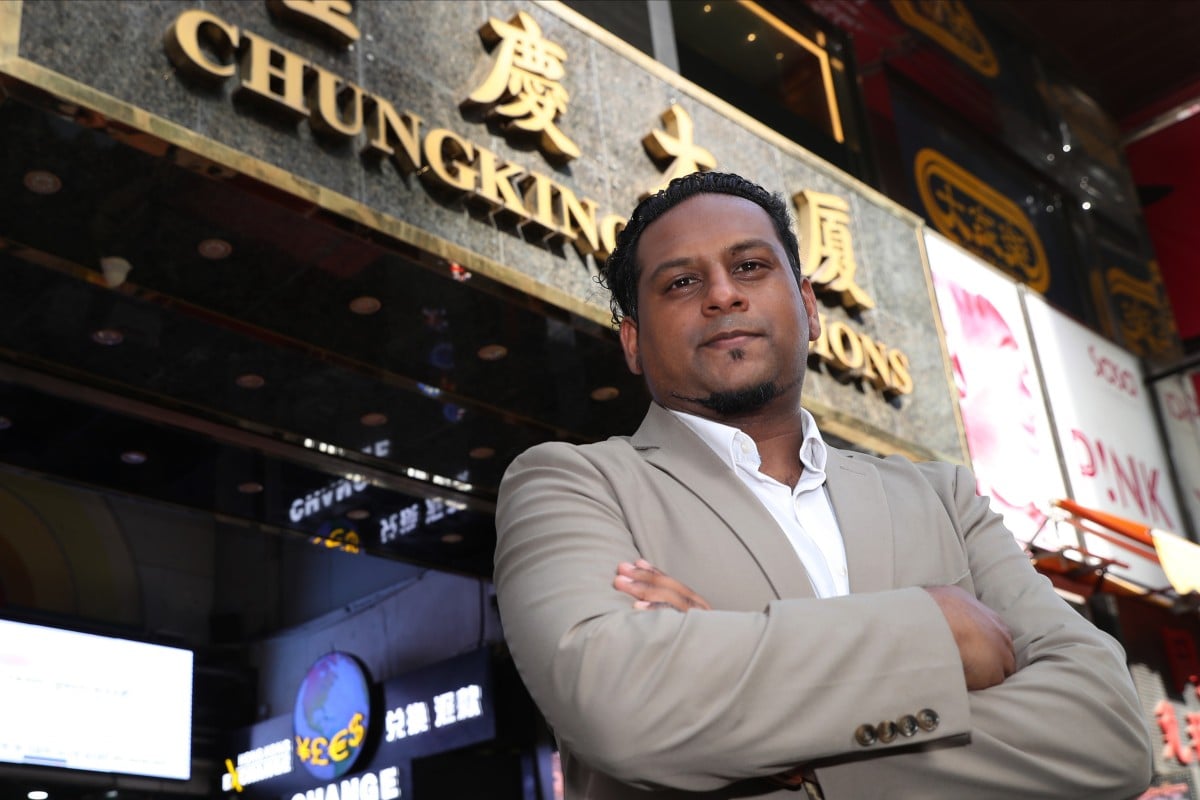 Social worker Jeffrey Andrews outside Chungking Mansions, where he has an office. Photo: SCMP/Edmond So

(4) What does the sentence “I was supposed to be a negative statistic in society” suggest about Jeffrey’s past?

A. He was a troubled teenager. B. He was very bad at maths. C. He wanted to go back to India. D. He was sickly as a child.

(6) Which group of people is most likely to seek help from Christian Action?

A. the elderly homeless B. runaway teenagers C. ethnic minority refugees D. all of the above

(7) According to Jeffrey, what is one common misconception refugees have about Hong Kong being a racist city

(10) Which of the following LEAST describes Jeffrey’s tone at the very end of the video?

[1] Jeffrey Andrews: I have a very unique role in Hong Kong. I’m a bridge between the local population, the ethnic minorities, the refugees because people see me a “Hong Kong-jan” but also you are Indian on the look, but you’re also English speaking, so it’s a very unique position I am in.

[2] [Text on screen] 33-year-old Jeffrey Andrews was born in Hong Kong into an Indian family.

[3] Jeffrey Andrews: Growing up in Hong Kong was not easy, because I faced quite a bit of discrimination. I went into segregated schools. You know, you never studied with local Chinese. Some of my Indian friends didn’t think I was Indian enough. Local Chinese friends did not think I was Chinese. So I always questioned who I was. I was supposed to be a negative statistic in society. I was so close to jail, but thankfully someone came. A social worker came and saved me, and here I am.

[4] [Text on screen] Jeffrey became a community worker for the refugee charity, Christian Action. They help refugees from a base in Hong Kong’s notorious Chungking Mansions.

[5] Jeffrey Andrews: People hate Chungking, people say so much negative stuff, but nowhere else in Hong Kong, they’ll greet you in the morning, no matter who you are: “Good morning! Would you like some tea?”

[6] [Text on screen] In 2011, he started a four-year social work programme, the city’s first to accept ethnic minorities.

[7] Jeffrey Andrews: Thankfully I became a social worker, the first Indian local-trained social worker. I get to mix my role as an ethnic minority but also advocate for refugees.

[8] Jeffrey Andrews on the phone: Today might be a bit tough, but I try my very best. Oh, oh really?

[9] Jeffrey Andrews: Every day in Christian Action, we serve three meals a day to over 80 refugees. We run classes and programmes here. We work with international schools and churches. Many of my clients, refugee clients, they say, “Jeff, Hong Kong is so racist, why?” And then I go, “Hold on, Hong Kong people are not racist.” It’s just that sadly, we don’t have enough cultural sensitivity.

[10] [Text on screen] To try and help with this problem, Jeffrey organises cultural-sensitivity courses across Hong Kong.

[11] Jeffrey Andrews speaking to his colleague: Yeah, so we’re going to an elite school in April, and we did that last year. And now they want us back again with more stuff.

[12] Jeffrey Andrews’s colleague: Stuff to do. I think these days … it’s gonna be five days?

[13] Jeffrey Andrews speaking to his colleague: Yeah Yeah, five days. Last time, it was like two days, three days, like that.

3. He went to segregated schools, and neither fit in with the local Chinese nor his Indian friends.

5. No, because it is a welcoming place where people greet one another regardless of their social status. trash and plastic

7. While the locals are not racist, there is a lack of cultural sensitivity.

9. because despite being called a world city, ethnic minorities are being discriminated against