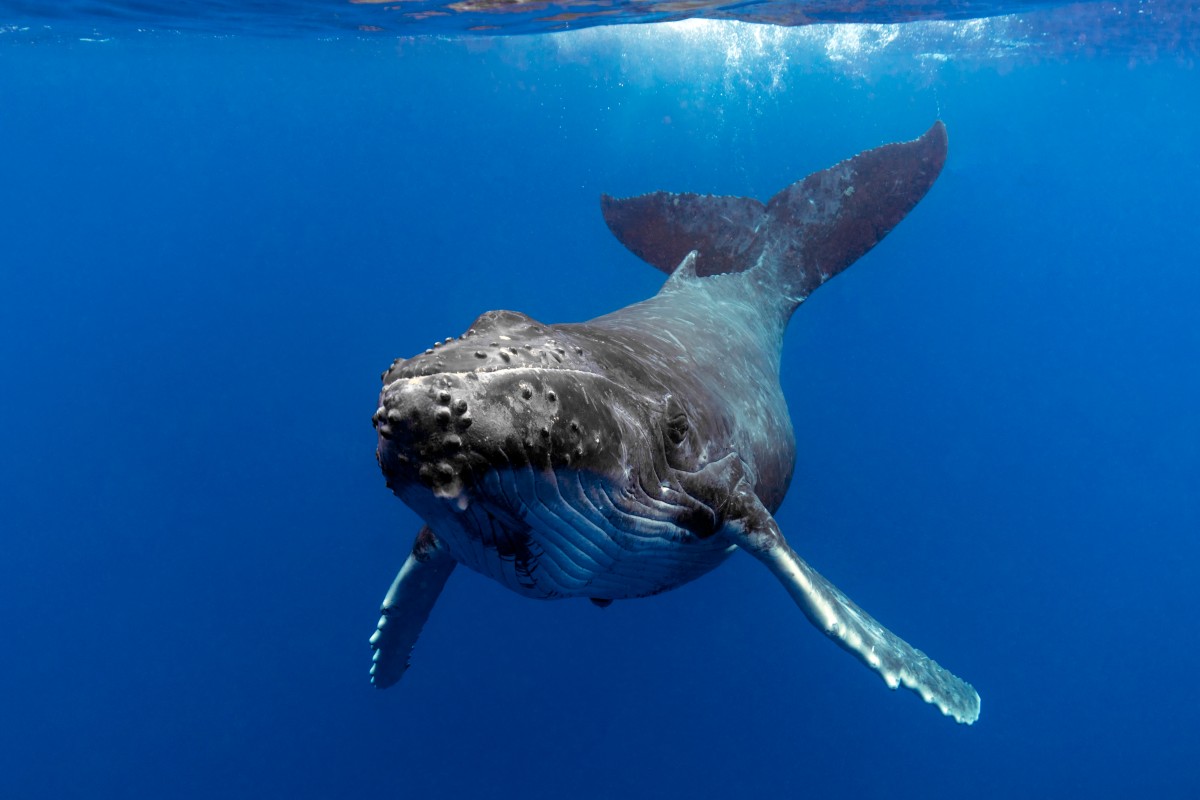 Listen to the audio

Sze-wan: It sounds like a real-life take on “Pinocchio” – a US lobster diver says he was scooped into the mouth of a humpback whale early this month and lived to tell the story. Today we have with us in the studio, Michael Packard, who was swallowed and spat out by the giant creature. Hi Michael, what an ordeal you must have been through!

Michael Packard: Hi Sze-wan, I'm glad to be here, and talk about it! I was diving for lobster off the coast of the northeastern state of Massachusetts. All of a sudden, I felt a huge shove and the next thing I knew, it was completely black. I was in the whale's closed mouth for about 30 to 40 seconds before it rose to the surface and spat me out.

Sze-wan: That must have been a rude shock. What was the first thing that came to your mind?

Michael Packard: I honestly thought I had been attacked by a shark, but thought otherwise when I noticed the lack of teeth and obvious wounds on me. Of course, I began to struggle, but unlike in the classic children’s tale “Pinocchio”, there was no need to build a fire to escape.

Sze-wan: What do you mean?

Michael Packard: I turned around and saw light on one end, and started throwing my head side-to-side. The next thing I knew, I was outside in the water. My fishing mate said he was beginning to worry when he saw an explosion of water as the whale surfaced and was stunned when I was ejected from it.

Sze-wan: Michael was promptly sent to hospital, and while he was badly bruised, he had no broken bones or serious injuries. Michael, we’ve learned that you’ve had other near-death experiences. Could you tell us about them?

Michael Packard: Sure. I was in a deadly plane crash in Costa Rica in 2001 which killed three passengers, but that is a close second to the whale encounter in terms of the craziest things that have ever happened to me.

Sze-wan: Oh wow! What a life you’ve lived! Thanks for joining us, Michael!

Sze-wan: For our listeners who are still tuned in, experts have said Michael’s encounter was rare. Separately, we spoke to Jooke Robbins, director of humpback whale studies at the Centre for Coastal Studies in Provincetown, Massachusetts. She said that when whales are feeding, they rush forward, open their mouths and engulf the fish and water quickly. And that’s most likely how Michael was caught in it. Even though they have large mouths, their throats are so narrow, they wouldn’t be able to swallow a human. Either way, if you’re planning a boat trip, it’s a good idea to keep a good distance when you see a whale, or you might just end up trapped in its mouth.