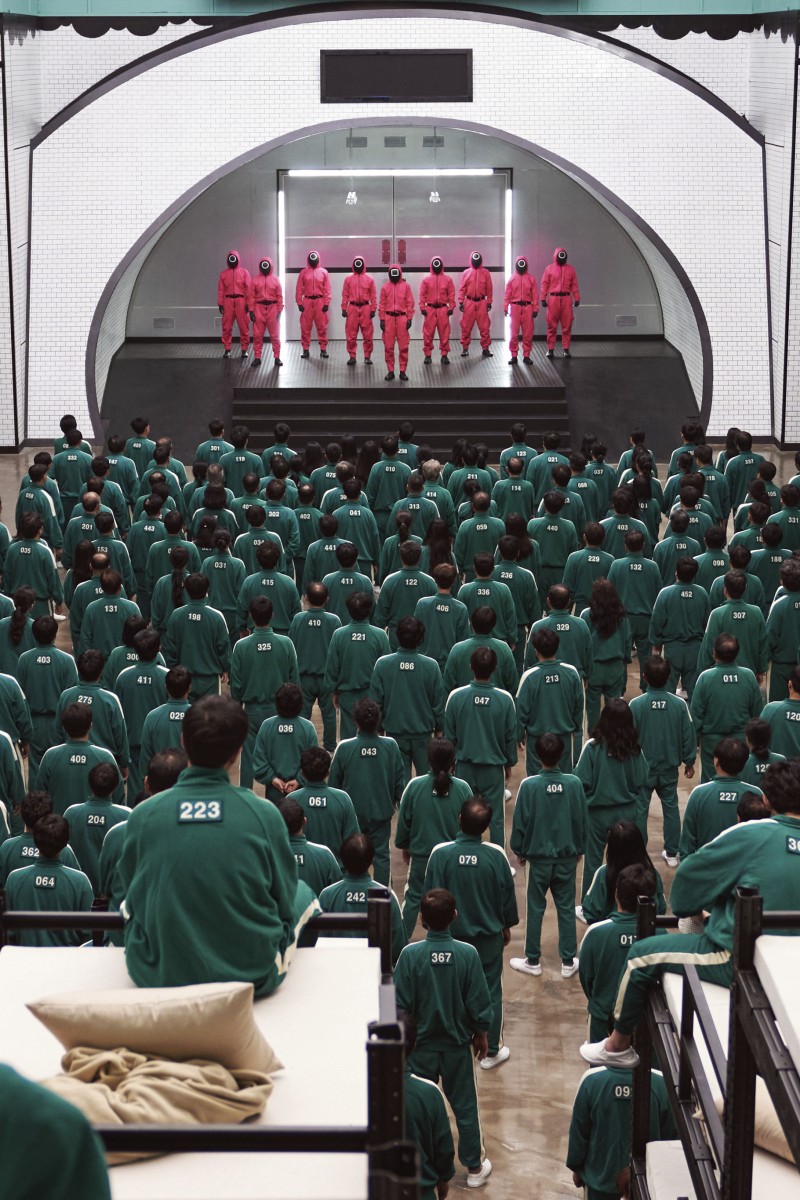 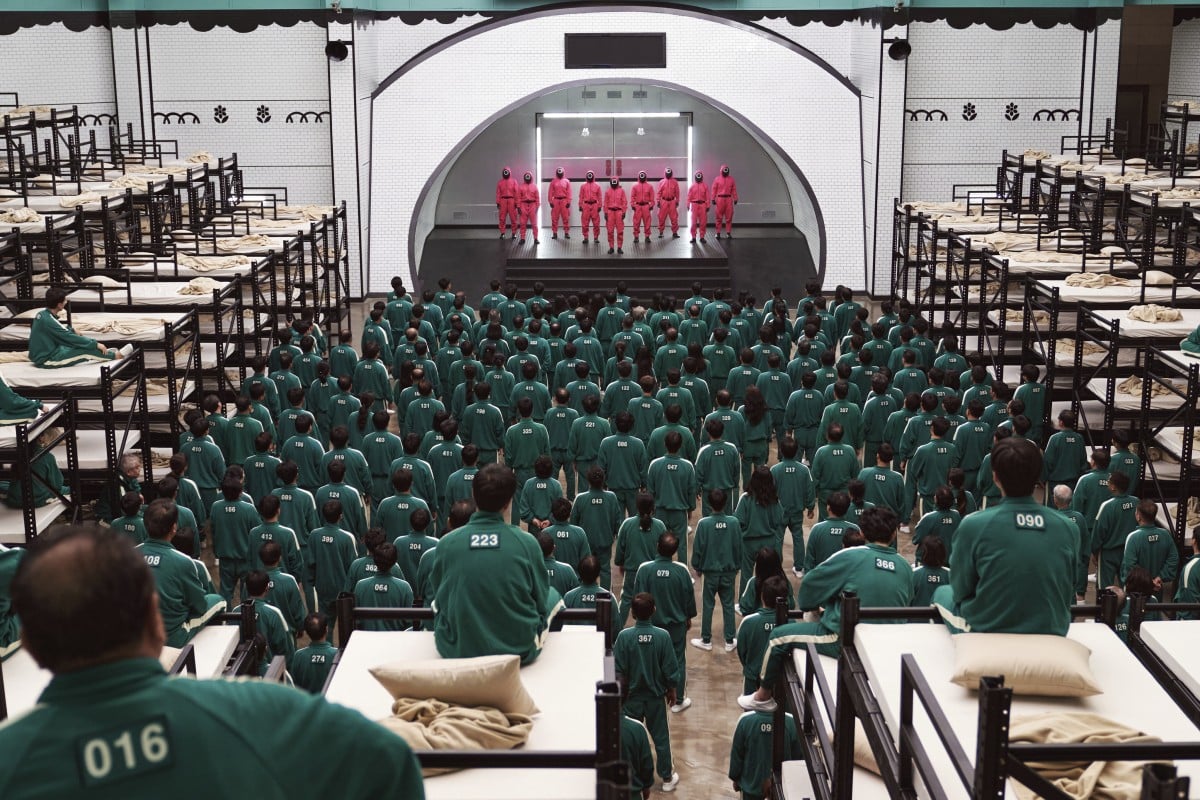 This image released by Netflix shows a scene from the popular Korean series “Squid Game.” Netflix announced it would greenlight “Squid Game: The Challenge,” a reality competition show based on the series. Photo: Netflix via AP

Click on the video below for the audio (the script has been adapted from Reuters and Tribune News Service).

1. What will the reality competition be called?

2. What does it mean if something is “fictitious”?

A. It was invented by someone rather than being true. B. It is mostly based on facts. C. It has not been influenced by somebody else’s opinions. D. It comes from a trustworthy source.

3. How many players will there be in the reality competition?

4. What is the worst thing that could happen to the contestants who take part in the reality show?

A. They could put their jobs in jeopardy. B. They could walk away empty-handed. C. They could lose their lives. D. They would not have another chance to compete in any other reality show.

A. are looking for a second job B. support their family with the money they earn C. lend money at high rates of interest D. do not have enough money

6. What types of games were played in the original Squid Game series?

7. What trend has Squid Game started according to the podcast?

A. Halloween costumes and outfits based on the show B. a type of Korean candy featured in the show C. green tracksuits worn by characters in the show D. all of the above

8. Which word can replace “countless” in the podcast?

A. limited B. constant C. enormous D. none of the above

9. Where will the reality competition be held?

10. What language must contestants be fluent in to sign up for the reality show?

11. How many episodes will there be in the reality competition?

12. According to the podcast, which game seen in the original series was featured in a YouTuber’s version of the show?

A. copy the way it sounds or behaves B. insult it C. try and make it better D. make a public statement of your approval for it

14. How will contestants in the upcoming reality competition know they have been disqualified?

A. They will hear a fake gunshot. B. They will see a red light. C. They will no longer be able to move. D. information not given

15. What does the “dark Korean drama” at the end of the podcast refer to?

A. Young-hee B. Hwang Dong-hyuk C. The Front Man D. none of the above

Voice 1: Netflix’s most-watched series is no longer just a fictitious television show after the streaming service greenlit “its biggest reality competition ever” with Squid Game: The Challenge.

Voice 2: Unlike the series, where the stakes are life or death, the worst possible fate in this 456 player competition will be leaving without the US$4.56 million (HK$35.8 million) in prize money, which Netflix claims is the largest lump sum award in reality TV history.

Voice 1: Squid Game became the platform’s most-watched series when it was released in September 2021. It told the story of cash-strapped contestants who play childhood games for a chance to win a life-changing sum of money, inspired countless memes and trends such as Dalgona candy, and even kick-started sales of green tracksuits just in time for Halloween. The first season holds the record as Netflix’s most popular series of all time, and had been viewed for over 1.65 billion hours in its first 28 days, the company said.

Voice 2: The reality show will be filmed in the UK and is currently only casting English speakers from around the world. The 10-episode competition will include games inspired by the original show, as well as new additions, according to the streaming giant.

Voice 1: One of YouTube’s top creators in the US, MrBeast, previously did an unofficial version of this idea by recreating parts of the set of the South Korean drama and hosting games featured in the show, like “Red Light, Green Light”. The YouTuber also opted out of the killing aspect but strapped a device to all 456 players that mimicked a gun shot when a player was ruled out.

Voice 2: The announcement comes just days after the global megahit was renewed for a second season. Netflix also offered a few hints about what is to come in the dark Korean drama. Writer and director Hwang Dong-hyuk teased a few details about the show’s second season in a letter, saying that characters Gi-hun and The Front Man will return. Fans will also be introduced to Young-hee, the boyfriend of the iconic motion-sensing animatronic doll.