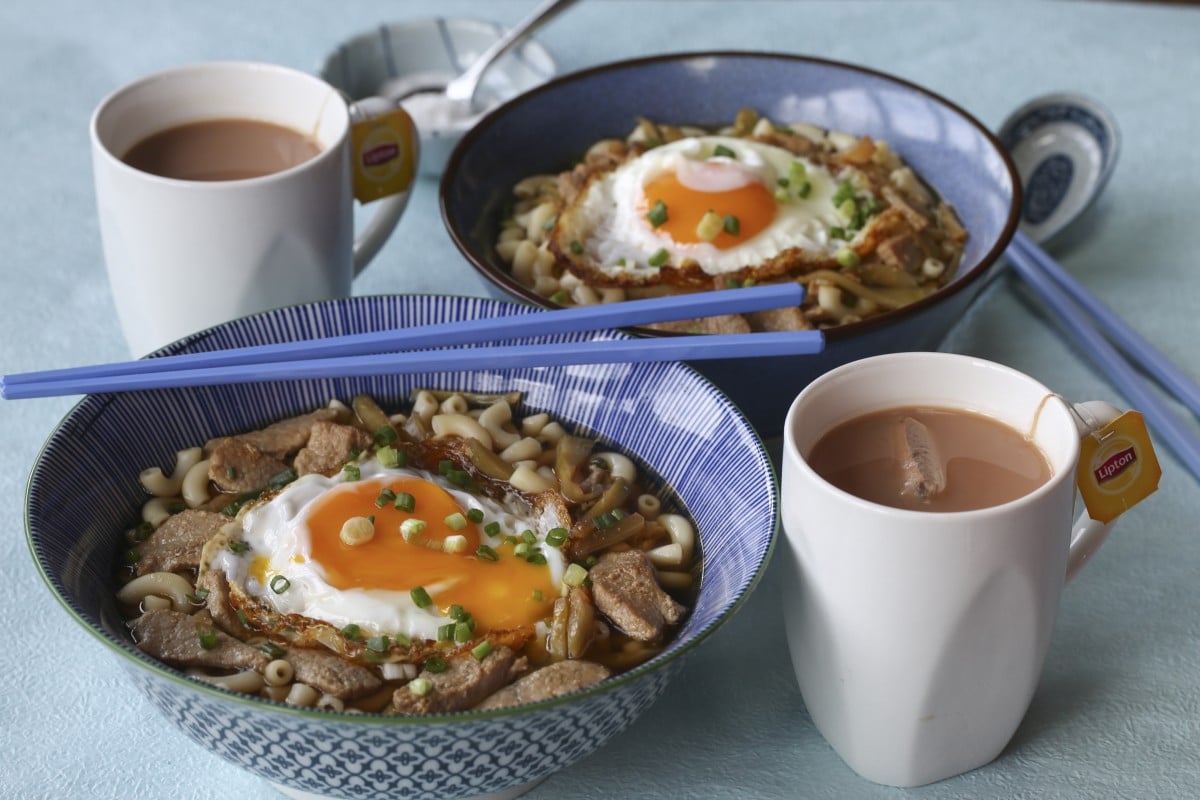 I love the Hong Kong breakfast of macaroni soup noodles, served at inexpensive cha chaan tengs (tea cafes). The dish comes with various toppings, including a thin slice of ham (or a thicker slice of pan-fried canned luncheon meat, such as Spam) and a fried egg, in a monosodium gluta­mate-heavy broth.

My favourite version has thin slivers of pork cooked with zha choi (also known as zha cai), or Sichuan preserved mustard stem. It's even better with a fried egg, cooked so the yolk is still runny.

Most restaurants serve the noodles and toppings in a light broth flavoured with MSG. I use unsalted chicken broth, but because the pork and preserved vegetable are salty, it also works with plain water. Tell your guests to mix the toppings with the noodles so the liquid has plenty of flavour.

Cut the pork across the grain into thin slices and place in a bowl. Add the soy sauce, rice wine, sugar, pepper, cornstarch, 5ml (1tsp) of sesame oil and ⅛tsp of fine sea salt. Mix well, then set aside for a few minutes while preparing the other ingredients.

Thoroughly rinse the zha choi (Sichuan preserved mustard stem) to remove as much of the sticky red coating as possible. Dry with paper towels, then cut into matchsticks.

Bring a medium-size pot of salted water to the boil, add the macaroni and boil until tender. Drain the pasta in a colander then rinse with cold water and drain again. 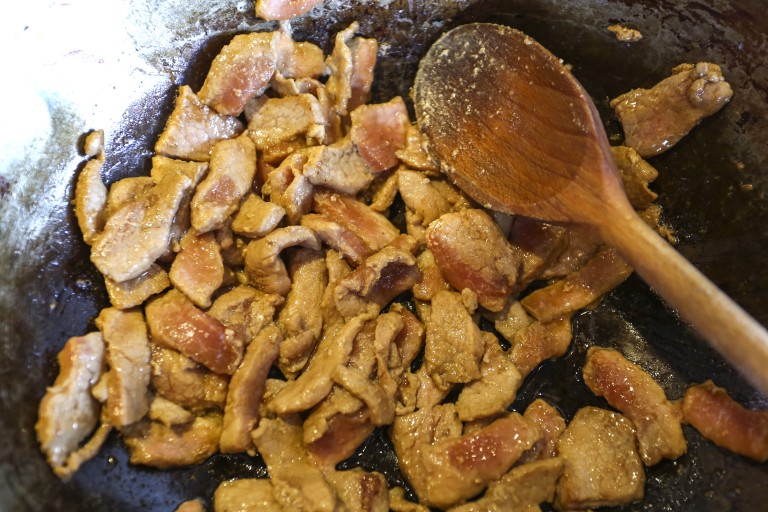 Cook the topping. Heat a wok over a medium-high flame and add about 10ml (2tsp) of cooking oil. When the oil is hot, add the pork and its marinade and stir-fry until the meat loses its pink colour. Add the zha choi and stir well, then mix in about 60ml (¼ cup) of water. Simmer until the meat is cooked, then turn off the flame. The mixture will taste very salty, but it’s not meant to be eaten on its own.

Pour the chicken stock (or water) into the pot used to cook the macaroni (no need to wash it) and heat over a medium flame. When the liquid boils, lower the flame and keep it hot. 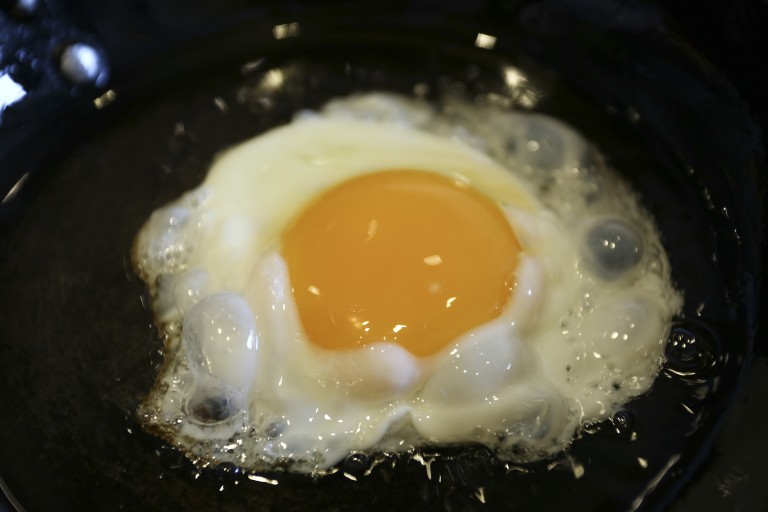 Lightly oil a skillet and place it over a medium flame. When the skillet is hot, fry the eggs two at a time, oiling the skillet as necessary so they don’t stick. Cook the eggs sunny-side up, so the white is gently set and the yolk is still runny. Place the fried eggs on a tray or plate.

Rinse the macaroni with hot water, then drain and divide between four bowls. Divide the chicken stock (or water) between the bowls, then add the pork and vegetable topping. Add a fried egg to each portion.

Quickly mince the spring onion and scatter it over the top. Drizzle a little sesame oil into each bowl, then serve immediately.

8/8
Susan Jung Chinese Breakfast Noodles Pork Dairy-Free Peanut-Free Easy
Diet definitions
Liking this recipe?
Now you can save the recipe you into your own collection.
Find us on facebook
Join our community and get the latest recipes from all over Asia for you to make at home.