When I was growing up in California, my family belonged to an association made up of people who hailed from the same village in China that my grandfather was from. Twice a year, everyone would gather in our Los Angeles Chinatown village hall to eat, drink and socialise (and the grandmothers would try to match-make their grandchildren, which was embarrassing).

The menu was always the same: chow mein, which my father made, and fried chicken cooked by one of the older “uncles”. He made everyone (including my father) leave the kitchen when he was mixing the batter so we never figured out his secrets.

I’ve been trying for years to reproduce it, and this is very close, although not as oily as his version. The batter is firm and crunchy, even when cold. I make the coating in large batches and store it in an airtight container. Every time you use it, give the container a good shake, to remix the ingredients. It can be used as a coating for other meats, or for seafood.

Because the marinade has soy sauce, the batter looks very dark and, when cooked, can look burnt, even if it's not. I fry the chicken at a lower temperature than I would normally, so the batter doesn't brown as much, then I increase the heat for the brief second frying, to crisp up the coating. 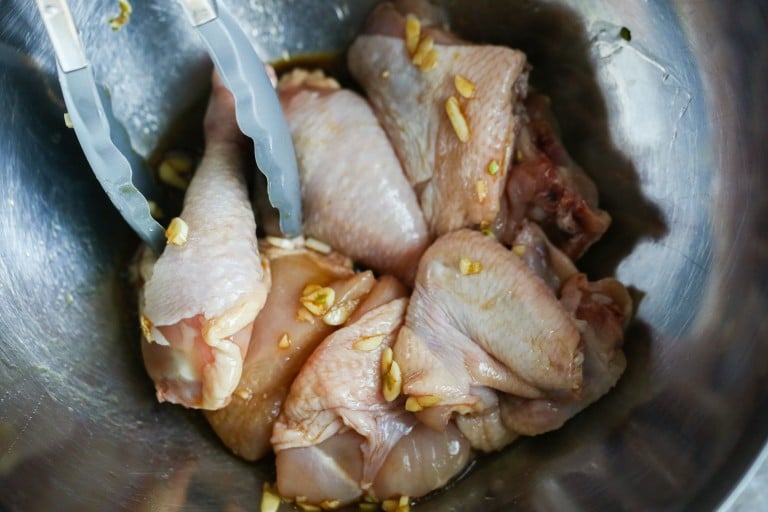 Cut the chicken into parts: two wings (drumette and middle joint), two thighs, two drumsticks, two breasts (bone-in or off the bone, whichever you prefer) and one lower back. (Discard the head; reserve the wing tips, upper back and other boney pieces to make broth.) Thinly sliced the garlic. Cut the ginger into fine julienne. Put the chicken parts into a bowl, add the soy sauce, rice wine, garlic and ginger and mix thoroughly. Cover with cling-film and refrigerate for at least eight hours. 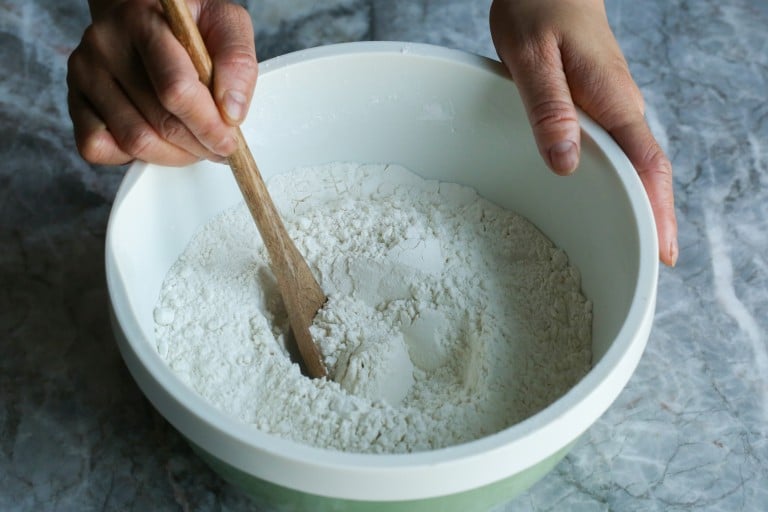 Use a whisk to thoroughly combine the flour with the tapioca starch, baking powder and salt. 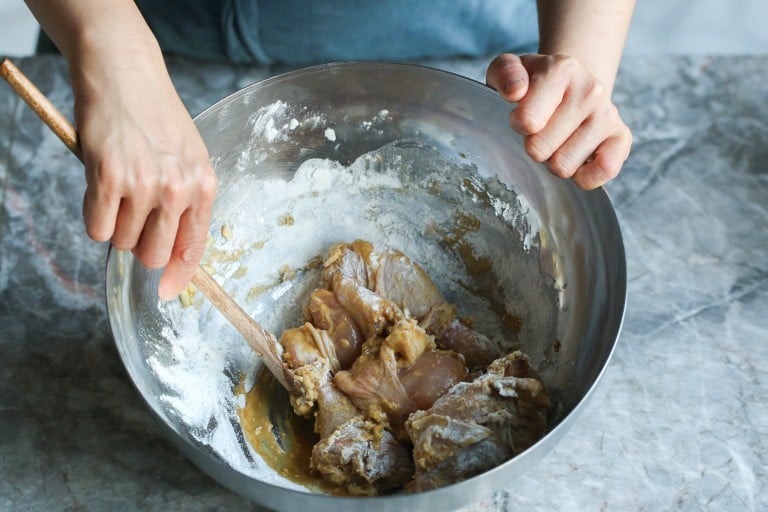 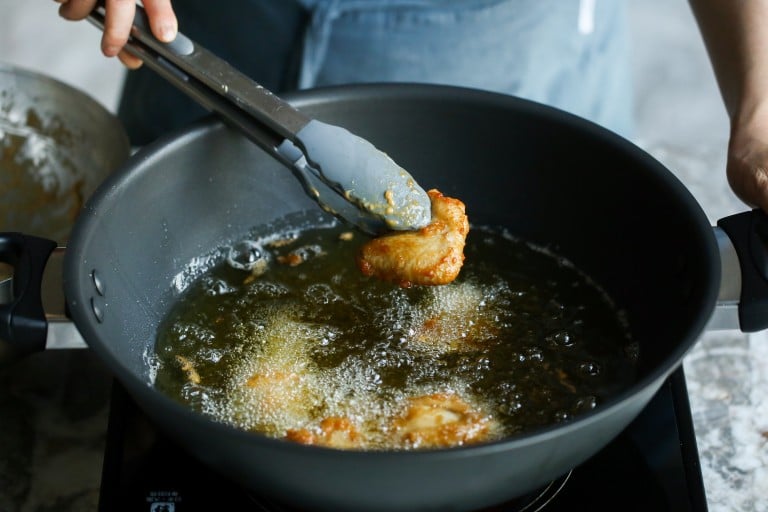 Heat cooking oil to the depth of 2cm (⅞in) in a wide skillet placed over a medium flame. When the oil is 160°C (320°F) , add some of the chicken pieces; you'll need to cook them in batches - do not crowd the pan. Fry until the pieces are fully cooked: about 10-12 minutes for thighs, drumsticks and back, and less time for the breasts and wings. Turn the pieces over halfway through. Drain the chicken on paper towels. 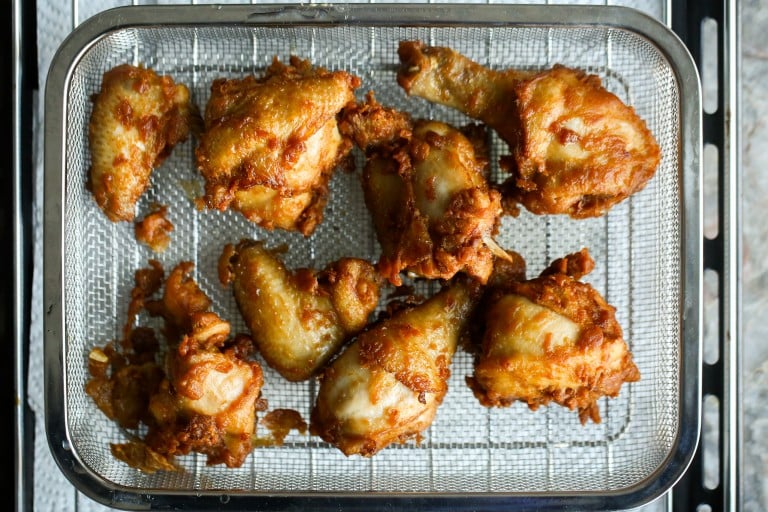 Turn the flame to medium high and when the oil is 180°C (350°F), fry the chicken pieces briefly, about a minute on each side. Drain the chicken on paper towels, then serve.

5/5
Fusion Main Course Poultry Dairy-Free Kosher Peanut-Free Medium
Diet definitions
Liking this recipe?
Now you can save the recipe you into your own collection.
Find us on facebook
Join our community and get the latest recipes from all over Asia for you to make at home.