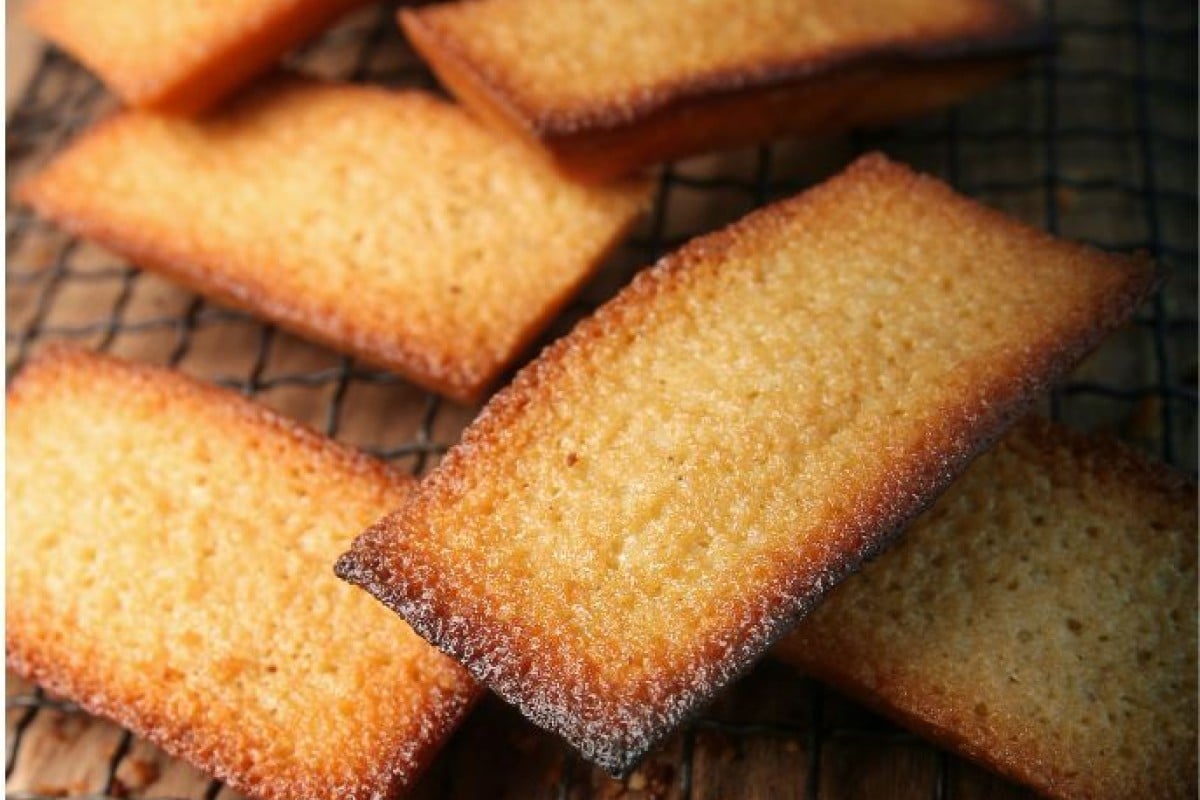 These little cakes get their name because of their rich ingredients - nuts and lots of butter - and from the traditional shape, which is said to resemble a bar of gold. Ideally, financiers should be baked in metal rectantular moulds that are just over 8cm (3in) in length, but if you don't have them, they can also be baked in non-traditional pans, such as those used for madeleines or small tartlets. Metal moulds give a far better crust than those made from silicone.

I've tried many recipes for financiers and my favourite is in Le Grand Livre de Cuisine d'Alain Ducasse: Desserts et Patisserie. I've changed it a little over the years, though - I no longer use the icing sugar called for in the original recipe, because it's lumpy unless you sift it. I also like to add a touch of spice - in this case, five-spice powder - to change the flavour slightly. You can also use different types of nuts, such as hazelnuts or pistachios.

Put the butter in a medium-sized saucepan and heat over a low-medium flame until it's melted. Drape a paper towel over the pan (make sure it's not near the flame) and hold it in place by covering the pan partially with the lid. Continue to cook the butter - it will sizzle and pop until the moisture in it evaporates - until the milk solids at the bottom of the pan turn deep brown and the fat is fragrant (this is called beurre noisette, or hazelnut butter). Cool the butter to lukewarm.

Use a whisk to mix the nuts with the flour, salt, five-spice and sugar in a mixing bowl. Whisk in the egg white and vanilla extract until cohesive.

Whisk constantly as you add the butter in a slow, steady stream. Scrape the mixture into a container, cover with the lid and refrigerate for at least three hours.

Preheat the oven to 220°C (430°F). Lightly spray 24 financier moulds with pan coating. Fill the moulds three-quarters full with the chilled mixture and bake for five minutes. Lower the heat to 200°C (390°F and bake until the financiers have risen slightly and are fragrant, firm to the touch, golden brown on top and medium brown at the edges.

Allow the financiers to cool slightly before removing them from the moulds. They taste best when slightly warm.

If you're not baking all the financiers at once, the mixture can be stored in the fridge for about a week.

6/6
Susan Jung Fusion Dessert Low-Sodium Kosher Peanut-Free Pescatarian Vegetarian Easy
Diet definitions
Liking this recipe?
Now you can save the recipe you into your own collection.
Find us on facebook
Join our community and get the latest recipes from all over Asia for you to make at home.