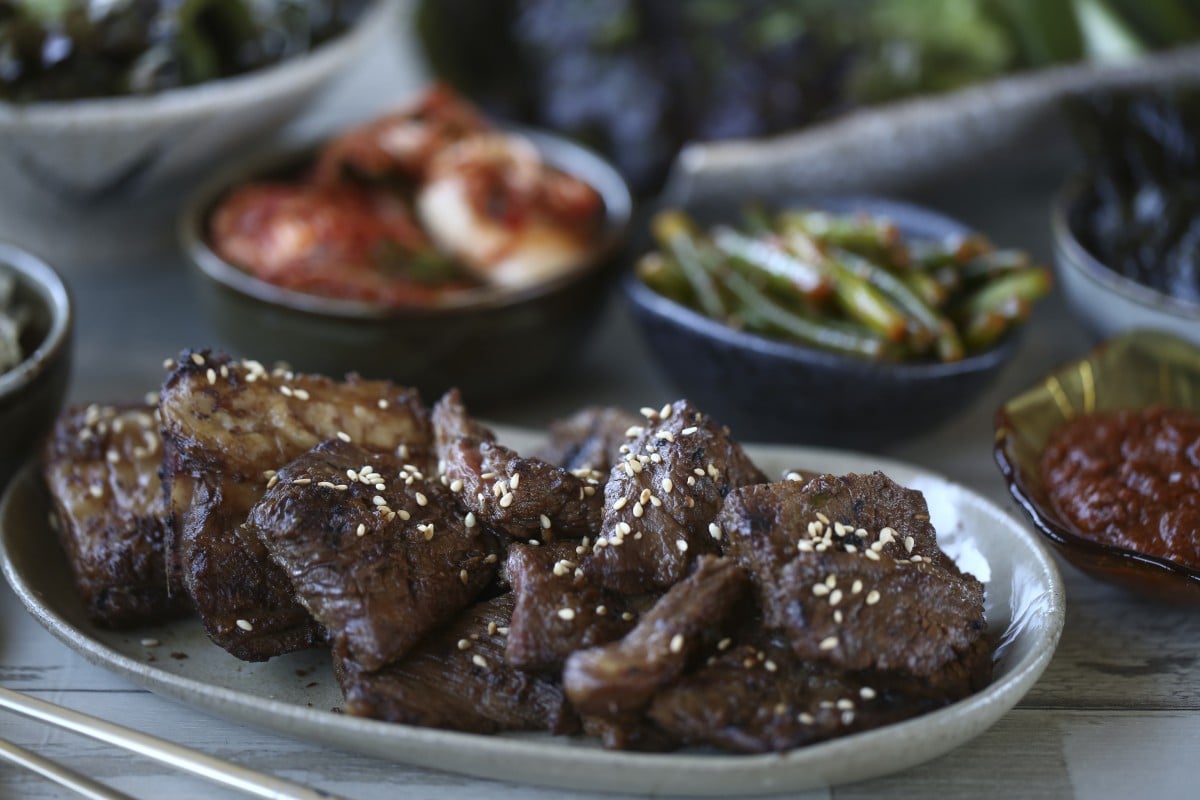 When people outside Korea are in the mood for Korean food, tabletop barbecue is usually the first thing that comes to mind. Korean food is a lot more varied and complex than just barbecue. It’s one of the healthiest cuisines; Koreans were fermenting vegetables and other ingredients as a way to preserve them long before lacto-fermentation became a trend.

But there’s a reason Korean barbecue is so popular – it’s delicious, and makes for a relaxed and convivial meal as the designated cook good-naturedly (or not) puts up with everyone else’s comments on when to take the meat off the grill.

It’s a fun meal to prepare at home, although you may want to cook the meat under the grill in the kitchen, or outside on the barbecue, rather than on the tabletop, unless you like grease splatters on your dining room lights and for your home to smell like barbecued meat for days.

Serve an array of leaves (lettuce, sesame leaf, seasoned nori [dried seaweed]), kimchi and banchan (side dishes) so everyone can wrap and season the pieces of meat as they wish.

You should also serve ssamjang - a pungent sauce - to eat with the meat, and a salad made with lettuce leaves (torn into bite-size pieces) and shredded spring onions that have been tossed with some sesame oil and then sprinkled with gochugaru (chilli flakes) and sesame seeds.

Korean meat markets usually offer two cuts of short ribs for barbecue: sliced through the bone into a thin strip, or butterflied, so the meat unrolls into a long strip with the bone at one end. Use whichever you prefer.

I like the meat marinade to be a little less sweet than usual, but if you would like yours to taste like the beef served at Korean restaurants, add more corn syrup. 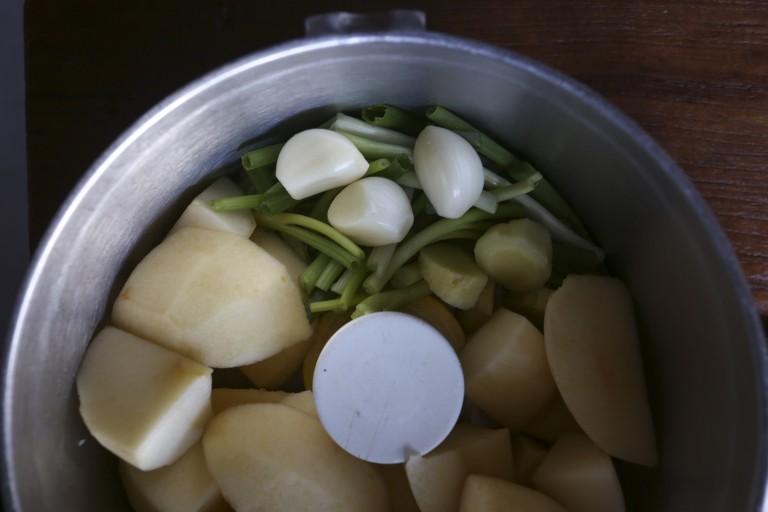 Peel and core the apple. Roughly chop the apple, garlic, ginger and spring onions and put them into the bowl of a food processor or blender. Process to a purée, then put the purée into a large bowl. Add the soy sauce, rice wine, corn syrup, sesame oil and salt to the bowl and stir to combine. Taste the mixture for seasonings, and add more corn syrup if necessary, depending on your taste and on the sweetness of the apple.

Unroll the short ribs to expose the meat, then add them to the marinade and mix well. Refrigerate for four to six hours, stirring occasionally. Take the meat from the fridge about an hour before you want to cook it. 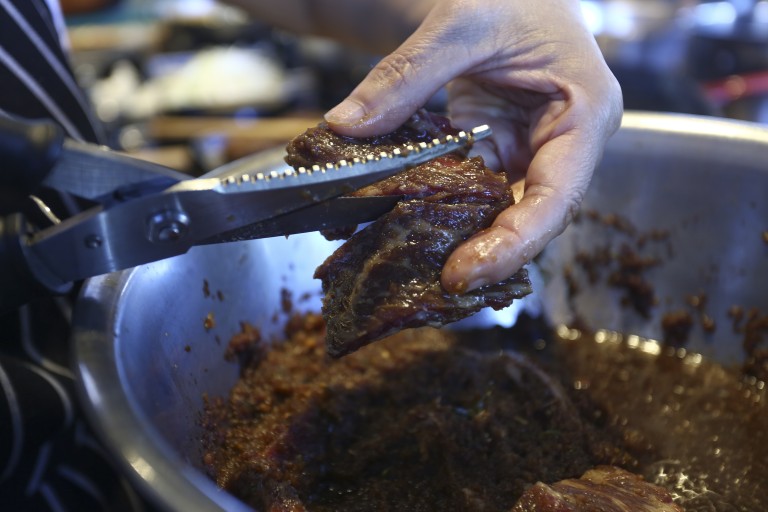 Heat the grill (oven, tabletop or outside barbecue) and oil it lightly. Wipe most of the marinade off the meat, then cut it into pieces so it fits on (or under) the grill. Cook the meat to your desired doneness, then use scissors to cut it into bite-size pieces and pile them onto a platter.

The diners can wrap the meat in lettuce leaves, sesame leaves or seaweed sheets and add garlic, chillies, ssamjang and/or salad, as they wish.

5/5
Korean Dinner Beef Low-Carb Dairy-Free Kosher Peanut-Free Easy
Diet definitions
Pairs with
Dipping sauce for Korean wraps (ssamjang)
Easy
10 mins
Liking this recipe?
Now you can save the recipe you into your own collection.
Find us on facebook
Join our community and get the latest recipes from all over Asia for you to make at home.