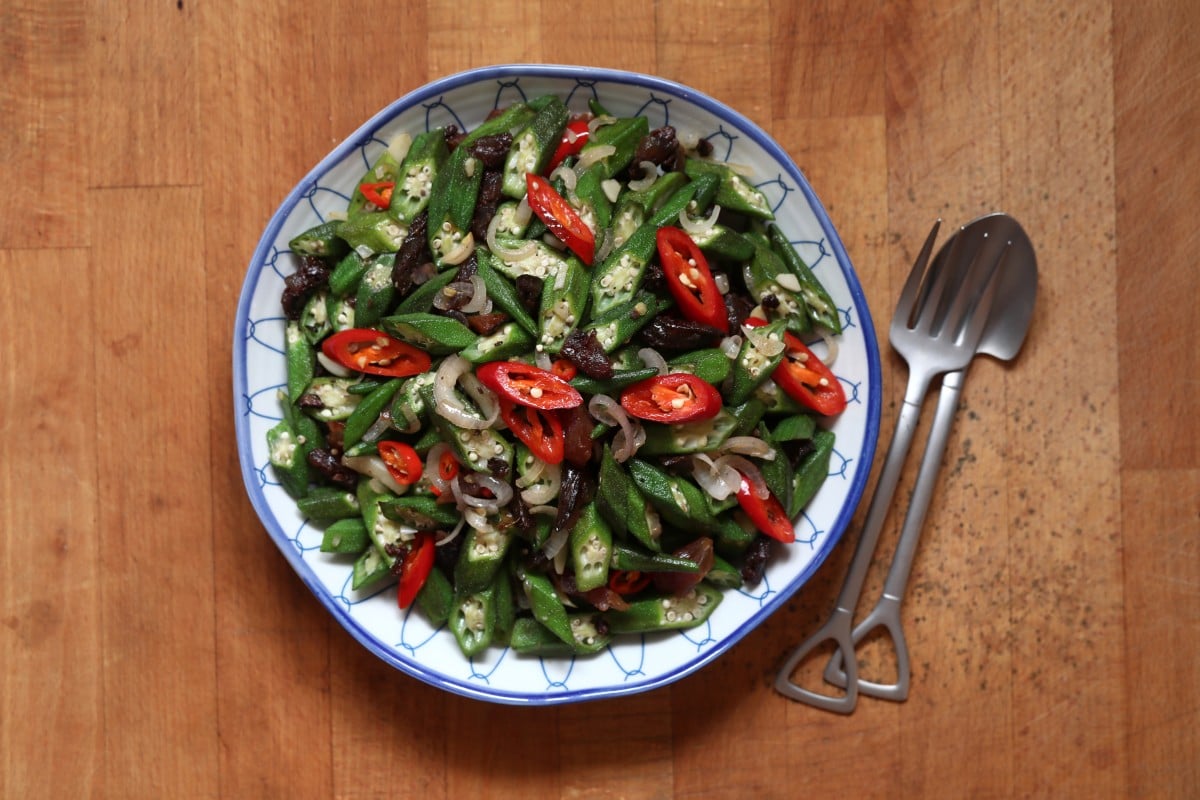 Many people dislike okra because of its texture, which is often described unappealingly as mucilaginous or slimy. If the vegetable is cooked quickly, though, it doesn’t become slimy – instead, it has a gentle slipperiness while still maintaining its soft crunch. If possible, choose smaller okra pods, because the older ones are tougher and need longer to cook.

This is a fast and easy dish to prepare. It takes less than 10 minutes to cut up the ingredients, then about five minutes to cook them.

For the Chinese sausage, you can use either plain (lap cheong) or liver sausage (yuen cheong), or both. The meat makes this a strongly flavoured dish, so it is best eaten with steamed rice. If you can't find Chinese sausage, substitute another fatty, semi-hard type, such as Spanish chorizo - you'll need about 150g (5⅓oz).

Trim off the stem ends of the okra, then cut the pods into pieces about 8mm (⅜ in) wide. Thinly slice the shallots and garlic. Cut the bird's-eye chillies into thin rounds, and the banana chillies on the diagonal into 3mm (1/8 in) pieces. 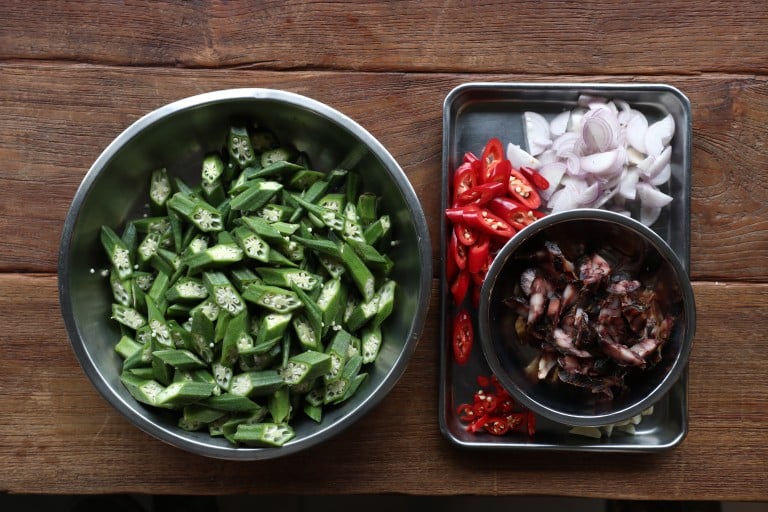 Cut the Chinese sausages in half lengthwise, then slice them on the diagonal into 5mm (¼ in) pieces. 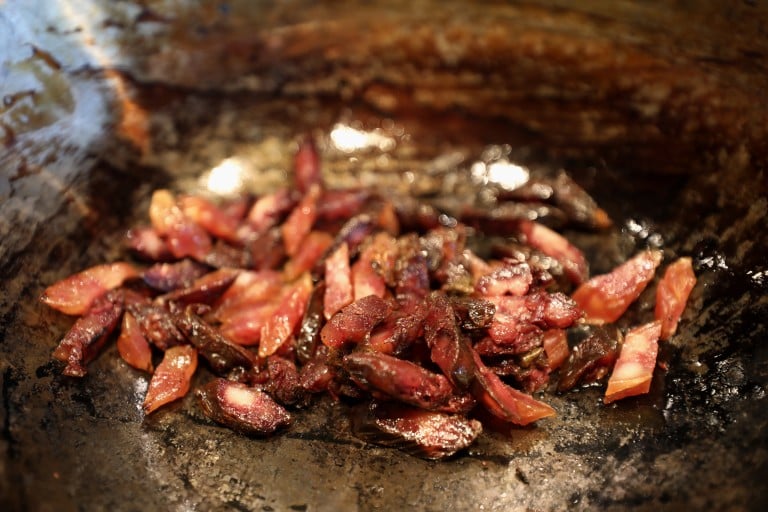 Heat a wok (or large skillet) over a high flame. Pour in about 10ml (2 tsp) of cooking oil and heat for about 30 seconds. Add the Chinese sausage and stir-fry until the pieces are cooked and starting to char slightly, about two minutes. Transfer the pieces to a bowl, leaving behind as much oil and fat from the sausage as possible. 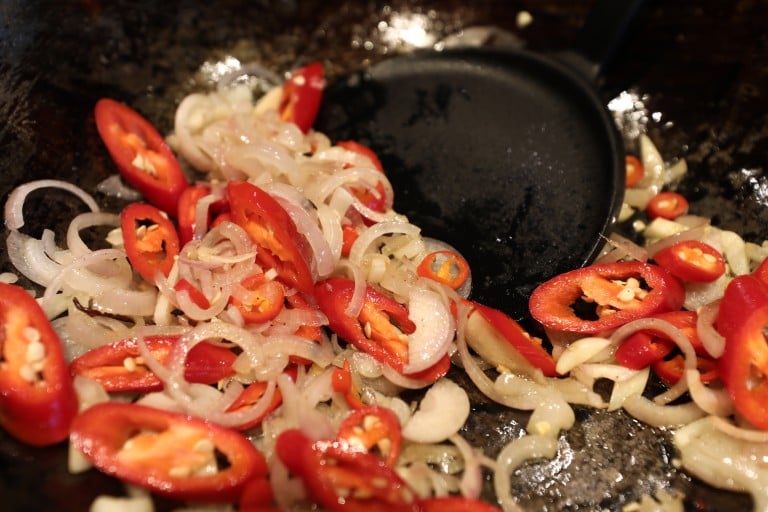 Place the wok (no need to wash it) back over the flame and add about 5ml (1 tsp) of oil. Add the shallot, garlic and both types of chillies, then stir-fry for about a minute, or until the shallot is wilted. Put the ingredients into the bowl with the sausage.

Place the wok (again, no need to wash it) over a high flame and heat until very hot. Pour in about 15ml (1 tbsp) of oil and heat until it is just starting to smoke. Add the okra, sprinkle with salt and stir-fry for a minute or two, or until the pieces start to brown slightly. Immediately mix in the Chinese sausage and shallot/garlic/chill­ies and stir-fry for about 30 seconds. Transfer the ingredients to a dish and serve with steamed rice.

5/5
Susan Jung Chinese Quick Pork Vegetables Easy
Liking this recipe?
Now you can save the recipe you into your own collection.
Find us on facebook
Join our community and get the latest recipes from all over Asia for you to make at home.