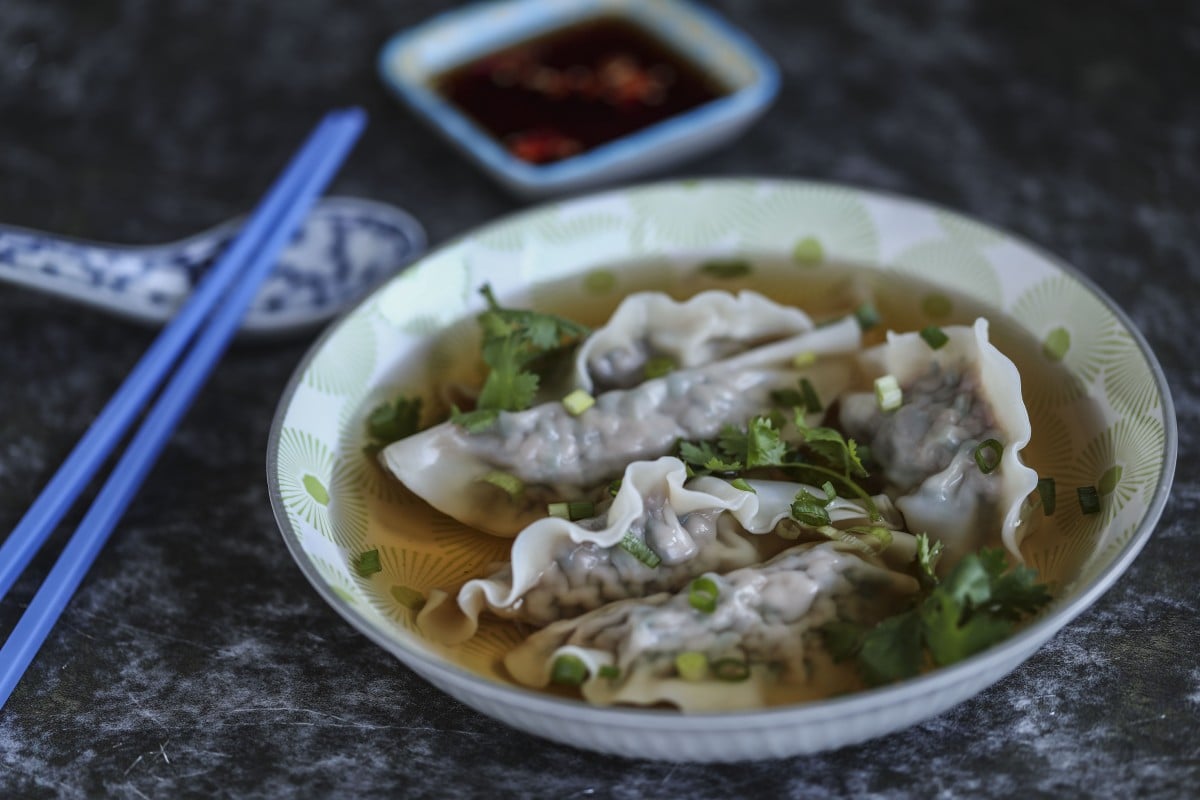 When my Ah Ma (paternal grandmother) cooked, she did so lavishly. With the help of my father and me – once I had grown tall enough to reach the counters – she prepared meals for 20 or more of our extended family every Saturday and Sunday. Her Sunday lunches were simpler than the Saturday dinners but they were equally delicious.

If she was planning to make sui gau (water dumplings) or wonton for lunch, she would phone my mother the night before to ask how many of the dumplings my brothers and I would eat, so that she could make enough. My mother would tell her to cook about 20 each for my brothers and 10 for me. Until I moved to Hong Kong, I didn’t realise you were supposed to eat sui gau or wonton with noodles, because my Ah Ma didn’t believe in taking up stomach space with noodles when you could eat extra home-made dumplings instead.

This recipe is enough for four or five normal eaters (or two if you’re feeding my brothers), and six to eight if you're serving the sui gau with boiled noodles. If you’re serving fewer and want to save the sui gau for another occasion, put the filled dumplings on a foil-lined baking tray and freeze until they are solid, then transfer them to a zip-lock bag.

If you don’t like watercress, substitute with an equal amount of the more conventional Chinese (napa) cabbage.

Add the minced pork to the chopped mushrooms. Finely mince the ginger. Peel the water chestnuts then rinse them thoroughly before cutting them into small dice. Add the ginger and water chestnuts to the mushroom and minced pork, then mix in the soy sauce, rice wine, sesame oil, sugar, salt, cornstarch and white pepper. Combine thoroughly, then pan-fry a little of the mixture and taste it for seasonings; correct, if necessary. Finely chop the watercress, spring onions and coriander, then add them to the pork mixture and mix well. Refrigerate for about two hours. 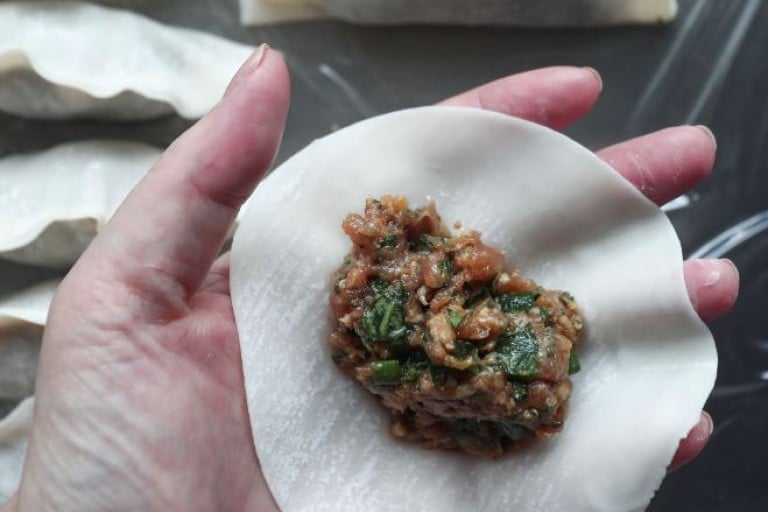 Make the sui gau. Line a baking tray with cling film or foil. Pour some water into a small bowl and stack some of the sui gau wrappers on a plate (keep the rest covered until needed so they don’t dry out). Use your forefinger to lightly dampen half of the perimeter of a wrapper. Put a heaped teaspoonful of the meat mixture slightly off-centre on the wrapper, then fold up the dry side of the wrapper to meet the dampened side, squeezing out as much air as possible from the dumpling. Press firmly on the edges to seal in the filling. Place the sui gau on the baking tray and repeat with the rest of the filling and wrappers. Once you have finished shaping the sui gau, they can be boiled imme­diately, or covered with cling film (so they don’t dry out) and refrigerated for a couple of hours.

When it’s almost time to eat, bring the chicken broth to a simmer and mix in the mushroom soaking liquid, then season to taste with a little soy sauce and salt. 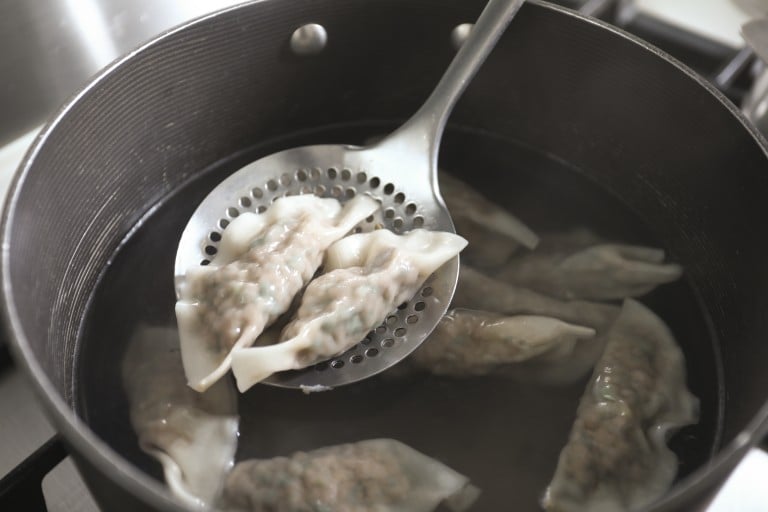 Place a large pot of water over a high flame and bring to the boil. Add the sui gau in batches, leaving plenty of room for them to swim. When the water boils again and the sui gau float to the surface, let them simmer for one or two minutes, or until done.

Use a large slotted ladle to scoop the sui gau out of the water and place them into serving bowls. Ladle the chicken broth over the dumplings. Chop the spring onions and scatter them over each portion, adding some coriander leaves and a drizzle of sesame oil. Serve the sui gau and let each diner mix a sauce using the soy sauce, chilli paste and vinegar.

6/6
Chinese Lunch Pork Vegetables High-Fiber Dairy-Free Peanut-Free Easy
Diet definitions
Liking this recipe?
Now you can save the recipe you into your own collection.
Find us on facebook
Join our community and get the latest recipes from all over Asia for you to make at home.